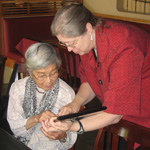 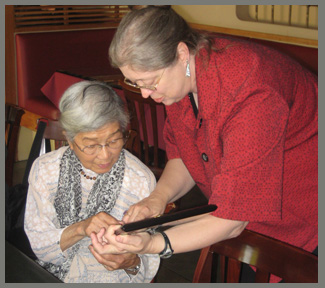 Improving the fundamental understanding of the human mind is being advanced through a generous legacy gift to the School of Social Sciences at the University of California, Irvine.

The Tarow and Minako Indow Distinguished Fellowships in Cognitive Sciences and Institute for Mathematical Behavioral Sciences have been established in the School of Social Sciences with a gift from Minako Indow and her late husband, Tarow, formerly a cognitive sciences professor at UCI.

"The Indows exemplified their commitment to education and the UCI community through academic excellence, professionalism, collegiality and a life-long commitment to learning both within and outside the academic community," says Barbara Dosher, social sciences dean.

The Indows first arrived on campus in 1977 when Tarow, an experimental and mathematical psychologist, was a visiting professor. They officially came on board in 1979 at which time Tarow helped to create a new mathematically-oriented department in cognitive sciences. Throughout his next nearly 30 years as a scholar and teacher, his research on visual perception became widely known, as did his and his wife's generosity toward students. The couple could often be found hosting dinners for students in their home or spotted at numerous student fundraisers, donating both their time and money to help them along.

"The establishment of these fellowships embodies the values of the Indows for future generations," says Dosher.

The legacy gift has been established in the form of a charitable gift annuity and will allow two distinguished fellowships to be awarded each year to two graduate students in their final year of study in cognitive or mathematical behavioral sciences.

Learn more about giving opportunities in the School of Social Sciences at http://development.ss.uci.edu/.

View photos from the fellowship luncheon celebration online at http://picasaweb.google.com/UCISocSci/IndowLuncheon2009?authkey=Gv1sRgCNTH6-72nIOQVA#.