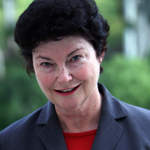 The nearly 80,000 immigrants older than 65 who arrive in the U.S. each year are often overlooked by society because they don't hold paid jobs or speak fluent English, says UC Irvine sociology professor Judith Treas.

These people come to America too late in life to attend public schools or find regular employment, she says. They don't qualify for retirement benefits or social services and usually depend entirely on their families for financial support.

"Elderly immigrants remain in the shadows," says Treas, whose research on them was recently published in Generations, a journal of the American Society on Aging. "They never win spelling bees. They don't join criminal gangs. Nobody worries about Americans losing jobs to Korean grandmothers."

In California, nearly one in three seniors is foreign-born, according to a 2007 survey. Most are from Asia and Latin America.

Treas' research findings challenge certain stereotypes. "Americans tend to label immigrants as family-oriented and highly respectful of elders," she says. "But older immigrants don't usually control family incomes or know how to navigate U.S. society, so they don't get to call the shots."

Over the last 15 years, Treas and her students have interviewed many foreign-born seniors and their relatives and friends. The immigrants have come from a wide range of countries, including Iran, Mexico, Korea, Pakistan and Cambodia.

Treas thinks another compelling finding is that for many elderly immigrants, family life does not provide the happiness or security they expected.

"Research shows high rates of depression among older immigrants, especially newcomers," she says. "Family members are frequently too busy going to school or earning a living to provide companionship."

Many foreign-born seniors have lifestyles that would be considered unconventional in their native cultures. Immigrant women, for example, often find themselves traveling unaccompanied between the U.S. and their homeland or doing household chores that would be relegated to servants back home.

"In Irvine," she notes, "it's not uncommon to see Russian and Chinese grandparents pushing strollers around University Hills."