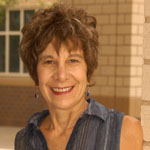 Despite their different economic structures, political party systems and geographic locations, the countries of China, France and Mexico experienced similar spikes in local unemployment levels after joining or preparing to join international trade organizations in the 1980s and 90s. In her new book, States' Gains, Labor's Losses, UCI political scientist Dorothy Solinger takes a comparative look at the sequence of events that followed each country's entry into an international trade organization. She draws a direct link between the nations' decisions to go global and subsequent increases in local unemployment levels as the governments changed policies to coincide with the international economy. She goes on to explain how ensuing worker protests generated variable - and surprising - levels of returns for labor in the three different countries.

Why were China, France and Mexico chosen as case studies?
At the start of the 1980s, finding themselves in a crisis of capital shortage as their customary economic policies clashed with the changed world economy, leaders in each of these countries suddenly reversed their state's economic developmental model and strategy to become more involved in the world economy in the hope that heightened trade and investment would provide needed funds. For China, the choice was to join the GATT (which later became the World Trade Organization), France deepened its commitment to the European Economic Community (which became the European Union), and Mexico entered first the GATT and then the North American Free Trade Agreement. Because this all occurred at about the same time, it gives us a good comparative picture of the effects that international trade and the new regulations for engaging intensively in it had on several critical local economies at the close of the 20th century.

What similarities did you find?
In order to enter into these international organizations and trade agreements, China, France and Mexico had to follow a lot of new rules about how to run their economies. While expanding their ability to do business in the global market, the policies reduced tariff barriers previously in place which meant foreign goods could enter the countries at cheaper prices, creating more competition and less demand for local goods. The international agreements also required inflation rates to remain below a certain level which led to reduced government spending for native firms in the form of tax breaks and subsidies.

How did this affect the countries' local economies?
Surely the new engagements led to much higher levels of foreign trade and often investment in the three countries, and to greater availability of cheaper, higher quality goods from abroad. But the new regulations also put people out of work. For these new entrants to the world economy, the ability to conduct business internationally was done at the cost of local peoples' jobs. While this finding isn't necessarily a new concept, the surprising piece is the way workers and governments reacted in these respective countries. In the case of China, for instance, where you had a communist, repressive government, levels of protest were much higher than they had been in the past as foreign investment and privatizations weakened an already fairly impotent union and workers became able to organize more freely than before. Chinese leaders got very uneasy in the face of skyrocketing levels of demonstrations, and, as a result, created three brand new welfare programs in the hope of fostering social stability.

What happened in France and Mexico?
In Mexico, on the other hand, trade unions - tightly tied to the ruling party - became even more repressive than they had been historically, and so workers became more quiet, with the result that no significant new welfare was introduced. French workers were in the middle, managing to stage a few major, societal-wide street actions. There, in reaction, the government responded with some new funds.

What lessons can we take away from your new book?
First, that entry into the global economy has its pluses and minuses. The pluses are most markedly for the country, which becomes a major player. The minuses are, unfortunately, experienced most heavily by the millions of workers who lose their jobs. Second, protests can work, even in places as repressive as China, when workers are on their own and the government is anxious about stability. Connection with the global economy there gave workers much more freedom than they had previously experienced. And third, interesting explanations can be framed when comparing quite unlike states, when certain macro contextual factors are similar.