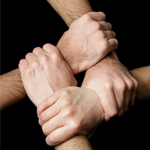 Using archival data from 1886-2000, she will examine union membership growth, degree of union democracy, and union organizational structure changes directly before and after mergers took place during this time period to determine their effects on membership.

Kerrissey is in her sixth year of graduate study at UCI under advisor and professor Judith Stepan-Norris, sociology.