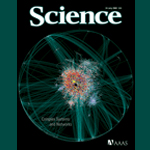 Used as a tool for explaining issues that range from the spread of HIV to the collapse of the U.S. economy, Butts stresses the need for researchers and policy-makers alike to regard network analysis as an evolving science. He uses as an example the spread of HIV, where early applications of network models led some researchers to believe that epidemic potential was driven by the presence of small numbers of individuals with very large numbers of sexual partners. The data suggested that health policy and intervention efforts should be focused primarily on these "hubs," rather than the general public. Recent advances in network analysis, however, have allowed researchers to take more factors into account when determining those most at risk for passing on the disease. Their findings indicate that type of partner, duration of relationships, and relationship concurrency may play a bigger role in passing the disease than simply the raw number of sexual partners. "As we learn more about networks in a wider range of contexts, we are discovering sometimes surprising things about what does and does not matter for understanding social systems," says Butts.

White similarly highlights the need to reexamine and expand current models for understanding the intricate networks in which economic systems operate. Using micro and macro approaches - models which White notes are not ordinarily combined in the study of economic networks - he and co-authors point out necessary factors in the challenge of predicting economic stabilities and instabilities and in proposing economic policies. "With computational models, large-scale network data can be processed and can reflect complex agent interactions," says White. Their findings emphasize that in order to understand the complexities of economic systems and avoid potential breakdowns, a more system-oriented view - one that takes into account the many dynamic factors affecting economic networks - is needed.

Both papers appear in the July 24 special issue, available online at http://www.sciencemag.org/content/vol325/issue5939/index.dtl