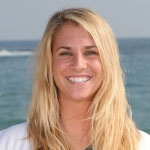 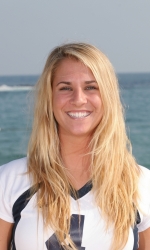 En route to the tournament title, the Anteaters upset then-No. 6 California in five sets to open the season, upending their highest-ranked opponent. Pestolesi totaled 17 kills and 10 digs and also contributed four blocks and three assists. She followed that up with her best performance of the weekend, with 23 kills and 18 digs in another five-set victory against Connecticut. Pestolesi ended the weekend with her third double-double in as many matches, scoring 16 kills and 21 digs in a 3-1 win over Nevada. Pestolesi, who took away tournament MVP honors, averaged 4.00 kills, 3.50 digs and 4.50 points per set.