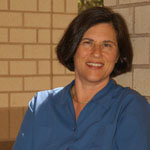 California lawmakers approved a budget plan after weeks of debate over how to close a staggering $26 billion deficit. Under the deal, schools and healthcare programs will take big hits, but these short-term cuts are expected to leave the state vulnerable to future budget woes.

The fiscal crisis and a fractious Legislature have led many to ask: What's wrong with California? Why was it so difficult for this state to hammer out a workable budget? According to UC Irvine's Carole Uhlaner, political science associate professor, challenges include legislative term limits and the two-thirds vote requirement for taxing and spending.

Here, Uhlaner discusses California's budget woes and why other states - indeed the world - should care.

Q: What do you think of the budget plan passed by lawmakers in Sacramento?
A: It has many problems, but given California's financial condition, almost any budget is better than none because it allows the state to stop issuing IOUs and begin repairing its credit rating. Californians, however, should be aware that when the state balances its budget by reducing funds to cities, counties and school districts, cuts in services are masked, not avoided.

Q: What is to blame for California's fiscal meltdown?
A: The financial crisis has many authors, but a few aspects of our state government's structure deserve much of the blame. These include requiring a two-thirds vote of the Legislature to pass a budget and raise taxes; term limits that guarantee inexperienced lawmakers who have only a few years to work together; and ballot propositions that tie the Legislature's hands and restrict budget flexibility.

Q: What's the role of Proposition 13 in the state's fiscal crisis?
A: The direct effect of Proposition 13 has been to make it harder to raise taxes at any level of California government, by both restricting property tax revenue and requiring two-thirds approval for most tax and bond revenue. It also fueled future tax opposition by creating great tax rate inequities between longtime homeowners and more recent purchasers. One of Proposition 13's original objectives was to make it possible for older people to remain in their homes without being bankrupted by taxes on unrealized home price increases. This can be addressed by letting people postpone payment of property taxes, as already permitted in the state constitution (Article 13, Section 8.5) for some citizens.

Q: Why should people outside California be concerned about its budget woes?
A: California is the world's eighth-largest economy. Financial commentators everywhere are worried about the impact of California's fiscal problems on the world's economic recovery. If state residents spend less, this affects sales and profits around the globe.