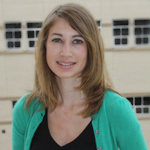 Social scientists like asking questions. Rather than accept general assumptions as fact, they investigate them using models and data to back up their findings. In this environment, economics professor emeritus Charlie Lave, deceased, was a pro.

When many believed during the late 80s that increasing the speed limit on interstates would lead to an increase in fatalities, he asked why. He found, contrary to popular opinion, that speed variance - not an overall increase - is more deadly. During his more than 30 year research career at UCI, he also found evidence that constructing rail transit uses more energy than is later saved, and that Californians are less dependent on the automobile than the rest of the nation.

"Charlie was a really creative thinker," says Frank Cancian, anthropology professor emeritus and longtime colleague. "He was interested in people who could combine innovative theory with data that would give you concrete answers."

When he passed away last year, Lave's family, friends and colleagues wanted his memory and passion for creative, outside-the-box thinking to live on. The Charles A. Lave Paper Prize for the Most Creative Modeling in Social Sciences was established in his honor. The endowment provides a $1250 award each year to an undergraduate or graduate student whose research displays creative use of clear models and data through which the models may be evaluated.

Laura Bonja, a UC Regents Scholar and senior economics and math double major, is the inaugural recipient. In her winning paper, she applied economic modeling to study how shipping costs impact final auction prices for items listed on eBay.

Standard economic theory says that consumers are smart, caring about the total price they pay for a good. It shouldn't matter whether a seller charges $20 for the good plus $10 for shipping, or instead charges $30 with free shipping; it's $30 either way. In her paper, Laura Bonja looked at actual transaction prices on eBay auctions. She found that the assumption of rationality did not always hold. For some goods, a seller could get higher total revenue by setting either a free or a relatively high shipping cost.

"The data shows that buyers will bid more frequently and subsequently drive up the price on items that list free and high shipping costs as opposed to those with mid-range shipping costs," she says. The results may seem counterintuitive, but could be important in explaining purchasing habits - and may be a tip for sellers.

"Some portion of consumers may develop separate pricing criteria for the base and shipping components of the good or may not fully take into account the price of shipping when making purchases," she says.

"It's a good idea," says Cancian, and is exactly the kind of innovative, contrarian finding Lave would have appreciated.

View a copy of Bonja's winning paper online at http://www.socsci.uci.edu/wsfdb/docs/bonja2009.pdf.