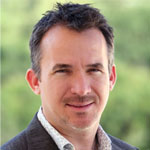 Tom Boellstorff says his anthropological investigation was a hit in the virtual world.

"Once people knew I was interested in their Second Life experiences without needing to know about their physical lives, it was almost like I had people lining up."

Between interviews with National Public Radio and a Dutch documentary film crew, Tom Boellstorff, UC Irvine anthropology professor, discussed his book, Coming of Age in Second Life, in which he explores how virtual worlds can change ideas about identity and society.

The book grew out of his research in the online, virtual world called Second Life.

There, he used an avatar, or graphic representation of a virtual world resident, to replicate fieldwork methods he uses in the actual world - such as observing social interactions and conducting discussion groups with other avatars.

The book has generated a plethora of speaking requests, proving that timing is everything. When he started his research five years ago, only 5,000 pioneers were exploring Second Life. Now the population often reaches 80,000 and interest is growing.

Q. Why are people attracted to virtual worlds such as Second Life?

A. People have needs and desires in the physical world that maybe a virtual world could fill. But new things emerge once you're in the virtual world that you couldn't have predicted and might find interesting. For example, people often go into Second Life to try being a different person - change their gender or race, for example - but they discover that SL is a great way to stay in touch with their aunt who lives three time zones away. Instead of calling each other in the actual world, they meet in SL and do stuff together. By the way, I say "the actual world" instead of "real life" because it's clear that virtual worlds are real places of human culture.

Q. Why did you choose to study SL?

A. Plenty of people look at human-computer interaction. I wanted to try something that anthropology had not quite done before - a full-scale ethnographic study of a virtual world. With that in mind, it was important for me to have a really open-ended virtual world where it would be easier for me to be an anthropologist, create an office to conduct interviews and do all the stuff I do as an actual-world researcher.

Q. Does your avatar resemble you?

A. The default look for him does. But he can also look like a woman or a cat or a dragon. I mean, I have many different avatar embodiments because you can change your look in SL instantaneously. Most poeple have a kind of default look, often some kind of fantasy, idealized version of themselves. There aren't a lot of ugly avatars.

Q. Is there discrimination in virtual worlds based on appearance?

A. Yes. A big issue in the physical world is discrimination based on aspects like race or gender, something you can change only with great difficulty. In theory, you would think that when you could change your appearance in SL at the drop of a hat, the discrimination wouldn't be there because it's not an innate part of who someone is. But - and this is the big "but" - people often sense it's all chosen, so they will still read meaning into it. Why do you look like that? What does that mean about you? And it can in some cases trigger real-life prejudices.

Q. What was the biggest surprise?

A. The kindness and altruism; I continue to be surprised at how generous and giving people are in virtual worlds. They will often give you hours of their time if you need help or companionship. In popular culture, the most common image of virtual worlds is from the Matrix movies, where they enslaved humanity. But realistically, in terms of the percentage of negative social interactions in SL, it's miniscule. The reason these worlds survive and grow is that generosity and kindness are more common than people who've never spent time in them may think.

Q. So your hypothesis is that we're all virtually human?

A. Right, that's the "double sense" about the phrase in my book "We are virtually human." In one sense, there is something new to virtual worlds and to being human inside of virtual worlds. But there's also something about being human that's always been about being virtual. From the first cave painting to the development of language to the first novel, there's been a kind of virtual-ness that's always been a part of the human experience.

Q. Where do virtual worlds take us from here?

A. It's not going to be the Matrix. Just like TV, cell phones or email, it's not going to take over our lives. The number of people spending time in them is bound to go up since not long ago the amount of time people spent in them was zero! There will be changes that result from improvements in technology, but there are a lot of interesting things we could do now that no one's even thought of. The lag in where we go from here isn't the technology, it's our imagination.