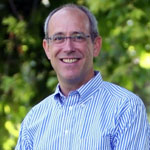 Recent episodes in which modern pirates have seized ships on the high seas have caused the international community to reexamine options for enforcing centuries-old laws that prohibit piracy.

In his new book, International Norms and Cycles of Change, UCI political scientist Wayne Sandholtz and co-author Kendall Stiles examine how such rules against piracy and other international norms from the 1500s to the present emerge and change over time.

Using the "cycle theory" of international norm change, a model presented in Sandholtz's previous book, Prohibiting Plunder, he and Stiles show that the pattern through which international laws develop is a series of linked cycles of disputation or disagreement.

The cycles begin with controversial actions or events, says Sandholtz. Countries then argue about how international law should apply to the event in question. The outcomes of those debates modify the rules, which then establish the context for subsequent disputes.

Sandholtz and his co-author apply the model to explain the evolution of international rules that have outlawed conquest, terrorism, slavery and genocide; that govern humanitarian intervention and the treatment of refugees; and that promote the right to democratic governance.

"It is important to understand that when a country acts internationally, it affects not just the immediate issue but the longer-term development of international law," says Sandholtz of their findings. "Just as past events have shaped the laws we have today, recent events will shape the rules that govern international relations in the future."