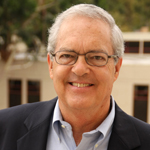 Frank D. Bean, UCI chancellor's professor of sociology and Center for Research on Immigration, Population and Public Policy director, has received a six-year grant to study and develop new methods for collecting and reporting data on the unauthorized population living in America.

Current estimates on the size of this group from the U.S. Census Bureau, the Department of Homeland Security Center for Immigration Statistics and other research organizations rely on information which is out of date, says Bean who has studied the U.S. immigrant population extensively for the past 25 years with a focus on ways in which they integrate socially, economically, geographically, and politically.

During the 1990s while working on a project for the U.S. Commission on Immigration Reform, he and former graduate student Jennifer Van Hook developed several of the methodologies and approaches on which current population estimates are based.

The first part of his new study will focus on a review of current methods through which organizations have arrived at different estimates of the undocumented population.

Findings will then be used to improve current approaches and develop new ways for collecting data and performing calculations to arrive at more precise numbers.

"Many observers exaggerate the size of the unauthorized population in the country, which provides a faulty basis for formulating good immigration policy," says Bean. "Having more up-to-date and better information about some of the estimating components is important for the accuracy of the numbers on which policies are based."

The study, funded by the Science and Technology Directorate of the U.S. Department of Homeland Security through a sub-award from the University of Arizona, began in 2008 and will run through June 2014 totaling $790,000 in expected funding with $127,000 awarded in the first year.