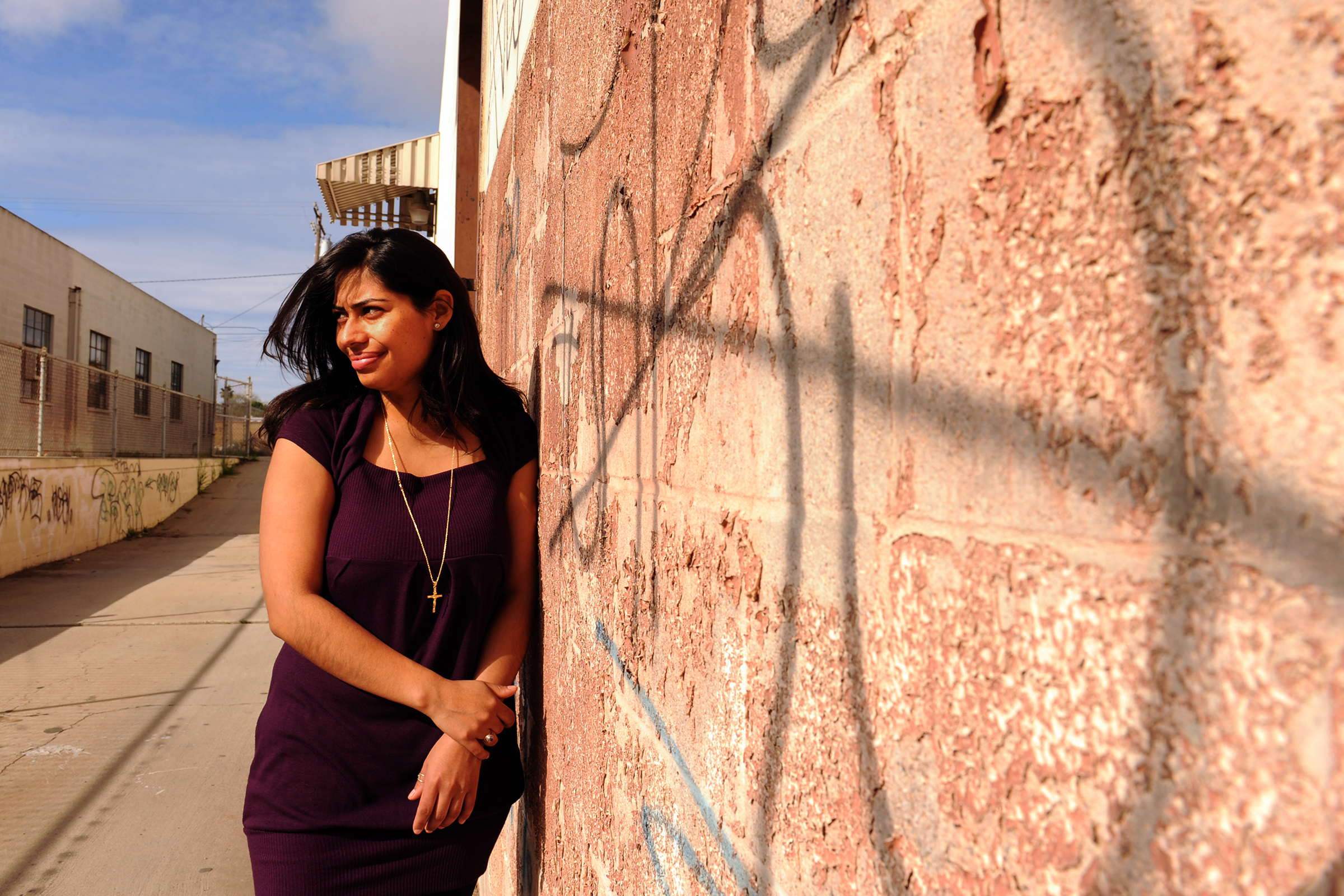 When UC Irvine undergraduate Pamela Ruiz decided to return to her native Honduras last fall to research gangs, like any good student, she did her homework.

She read up on gangs in textbooks and news articles. She watched documentaries. She talked to family members about how to stay safe. Her mother, who moved Ruiz and her sister to the U.S. when Ruiz was 4, told her not to attract attention, not to wear jewelry or flashy clothes, and not to use a cell phone in public. Her grandparents, who are surrounded by gangs in Honduras, told her they lock their doors and stay inside at night, not daring to look out the window if they hear trouble on the street.

Still, nothing prepared Ruiz for what she saw in neighborhoods where gangs rule.

"As soon as we left the Honduras airport, I could feel the tension, the fear," she says. "On the car ride through town, the driver checked and re-checked to make sure her door was locked. People on the street don't stop to chat with their neighbors. They walk with a purpose. It's sad to see how they live in a state of paranoid anxiety."

Ruiz's trip heightened her determination to end the stranglehold gangs have in Honduras and some U.S. neighborhoods. A fifth-year honors student majoring in Chicano/Latino studies and psychology, she's studying why youths turn to gangs and how gang members can return to society.

"Pamela has a deep and personal curiosity about immigrant communities and low-income, working-class families," says her adviser, Caesar Sereseres, social sciences associate dean of undergraduate studies. "She's becoming an accomplished researcher -on campus and in the field."

In Honduras, Ruiz spent a week interviewing the heads of gang prevention programs and former gang members. She met one young man trying to rebuild his life after leaving the region's powerful 18th Street gang.

"We have stereotypes of hardcore gangsters, that they have no feelings. But I learned his dad died when he was 4 and his mother died when he was 8. He'd been to prison three times by the time he was 16," Ruiz says. "He told me, 'My relatives didn't care for me. The most important thing you can give to kids is love. If they have that, they won't go out and look for it.'"

She sees the lure gangs have over kids at home, too, while tutoring third graders at an Anaheim elementary school where most students are from low-income Latino families.

"Some kids imitate the gang clothes. They see the cars and they say, 'Oh, I want an Escalade with 24-inch rims.' They think being a gang member is cool," she says. "Gangs entice kids with money, shelter, food and clothing. The gang becomes their surrogate family. It gives them love, attention and necessities, but there comes a point where they have to prove themselves. They have to sell drugs, steal or kill a rival gang member. It's all about status and showing loyalty."

Ruiz decided to research gangs while participating in social sciences' Summer Academic Enrichment Program, which prepares students for graduate school. She worked on a proposal to open a youth center in Anaheim, where she grew up.

She still dreams of opening the center and others like it. Ruiz, who hopes to get a doctorate in sociology, continues to study Honduran gangs through UCI's Undergraduate Research Opportunities Program. She will attend an upcoming international conference on poverty in the developing world hosted by the U.S. Naval Academy in Annapolis, and this summer she will research Latin America at National Defense University in Washington, D.C., through the UCDC academic internship program.

Her long-term goal is to help change the social conditions - the "greed and political corruption" - that have caused gangs to fester in Honduras.

"If resources were distributed as they should be, criminal activity would go down and people wouldn't resort to gangs," she says. "I'd like to influence policies that would change how people live down there, and help future generations."