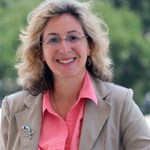 President Obama's signing of executive orders to close the Guantanamo Bay detention facility and limit interrogation techniques in U.S. facilities worldwide is a big step forward for what has been a lagging overall national policy on international human rights, says Alison Brysk. A UCI political science professor who specializes in human rights research, she is the author of Global Good Samaritans, a new book in which she provides a comparative look at human rights foreign policy best practices abroad.

"As the United States begins to reexamine its policies, there are a number of good role models throughout the world with impressive records of being active human rights promoters from whom we could learn a few lessons," she says.

Over the span of five years, she conducted research in six different countries including Canada, Sweden, the Netherlands, Costa Rica, South Africa and Japan where she studied their records of "global citizenship" or support for United Nations related work, bilateral diplomacy, peace promotion, international humanitarian assistance and refugee reception.

"Each of these policy areas make a marked difference in a country's ability to put policy and standards into practice on the ground," she says.

Her findings put Canada at the top of the list for human rights policy role models due to their success at "building up international institutions, harnessing promotion of human rights and democracy to global alliances and providing higher level of foreign aid toward the constructive empowerment of local populations." Detailed further in the book, she also notes the country's compassion toward refugees and support for the International Criminal Court as being critical to their effective implementation of international human rights policy.

Among the other countries studied, Brysk highlights key areas in which they have found success. "Sweden and the Netherlands are known historically as leaders in the human rights arena for their national approach to global citizenship. Japan, on the other hand, is not quite there but has aspirations of making international human rights a national priority."

In the case of South Africa, she tells the story of the country's domestic shift from apartheid to democracy which "changed them from a regular human rights de-stabilizer to a force for progress in their troubled region."

"The United States has a historical problem of always wanting to 'go it alone' and reinvent the wheel," she says. "By learning the lessons of history from the benefit of international examples, we can begin to revamp our policy toward international human rights to be more effective and humane."

Her book will be the topic of a reader-meets-author panel at the International Studies Association's annual meeting Tuesday, February 17 in New York City.

Funding for Brysk's studies on which the book is based included a Fulbright fellowship and grants from the Social Science Research Council and Abe Foundation.