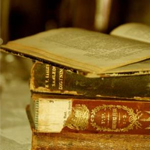 When it comes to good sources on cutting edge research, academic journals are a great place to start and at UCI, you won't have to go far to find them. Between the Schools of Social Sciences, Social Ecology and Humanities, UCI is currently the host university to some of the top - and oldest - journals in the social and behavioral sciences.

"The selection of Jeff Barrett as the editor of Philosophy of Science marks a high level of recognition by the field of his research distinction," says Barbara Dosher, dean, School of Social Sciences. "What is truly remarkable is that this new editorship is one of many flagship journals located at UC Irvine. This is a key indicator of the leadership roles that Irvine plays in a number of academic fields."

In his new role as editor, Barrett joins a stellar line-up of UCI faculty who claim top editing privileges to some of the social and behavioral sciences' most prestigious journals:

"As editors, we really get to play an exciting, behind the scenes role in advancing research in our fields because we are ultimately responsible for deciding what goes in or out of each issue," says Boellstorff, emphasizing a point of great importance in the academic world where getting published plays a critical factor in a professor's tenure and professional advancement process. As American Anthropologist's editor, Boellstorff notes that he accepts only 10-25% of studies submitted for publication and only then after they've gone through a rigorous review from the world's top experts - a process in which many UCI faculty are involved, whether as section editors, associate editors, or editorial review board members, for a host of journals spanning the social sciences.

"It's an honor to review the work of our peers and decide whether or not they meet the highest standards of publication," he says.

Barrett agrees and adds, "I am pleased to edit a journal that I have most enjoyed reading."

Learn more about social and behavioral sciences journals in which UCI faculty are currently serving as managing editors: