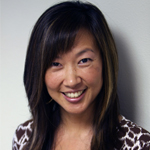 The 2000 U.S. Census marked the first time in the comprehensive survey's history that participants had an opportunity to identify themselves as belonging to multiple races. The change, says sociology associate professor Jennifer Lee, reflects the growing impact of immigration and interracial marriage on identity within the United States.

Recognized as a 2008-09 Fulbright Scholar, Lee traveled to Japan over the summer where she discussed the future of race in America in her keynote address at Japan's Nagoya American Studies Summer Seminar.

Her research on the topic with UCI sociologist Frank Bean attributes the blurring lines of race to the growing numbers of Latino and Asian immigrants in the United States, coupled with a rise in the number and perceived social acceptance of interracial marriages between Asian/White and Latino/White couples. The trends, however, do not appear to extend to Black/White couples who explained in interviews that social stigmas continue to hinder these interracial relationships. Similarly, among the multiracial adults who were interviewed for the study, Asian-White and Latino-White multiracials were more likely to refer to themselves as multiracial or White, while Black-White multiracials were more likely to identify as Black.

"While it may seem that the rise in interracial marriage and the growth of the multiracial population indicate that race is declining in significance, it is doing so more rapidly for Asians and Latinos than for Blacks, pointing to a pattern of 'Black exceptionalism' in the United States," says Lee.

"Some scholars suggest that because our country elected Barack Obama as our next President, we may have finally reached a post-racial society in which race is no longer significant in the lives of Americans," she says. "However, based on the trends in interracial marriage and patterns of multiracial identification, we have yet to become a post-racial America."

Their findings have been the subject of several published studies aimed at understanding America's changing color line, and serve as the focus of their book-in-progress, Post-Racial America?

Lee's broader interest in the study of race and ethnicity stems from her desire to look beyond the historical Black/White divide to understand how issues such as immigration and inequality affect relations among all racial and ethnic groups. In her last book, Asian American Youth: Culture, Identity and Ethnicity, she took an in-depth look at different facets of the rapidly emerging Asian American youth culture from import car racing to actors who battle racial stereotypes in Hollywood. Described in reviews as "pushing us to re-think basic ideas about the rich variety of experience and condition of a growing sector of the American mosaic," it was recognized with the 2006 Outstanding Book Award from the Asia and Asian America Section of the American Sociological Association.

Lee is now turning her attention to the adult children of immigrants in a study of their definitions and pathways to success as one of five UCI Social Sciences professors to receive a recently awarded Russell Sage Foundation grant.

"As our society becomes increasingly more diverse, scholars will need to continue to wrestle with questions about how diversity is changing the meaning and consequences of race for all Americans," she says.

Read an abstract of Lee's study, co-authored with Bean, on the changing lines of race in the United States.

Learn more about Lee's current study on adult children of immigrants' definitions and measures of success.