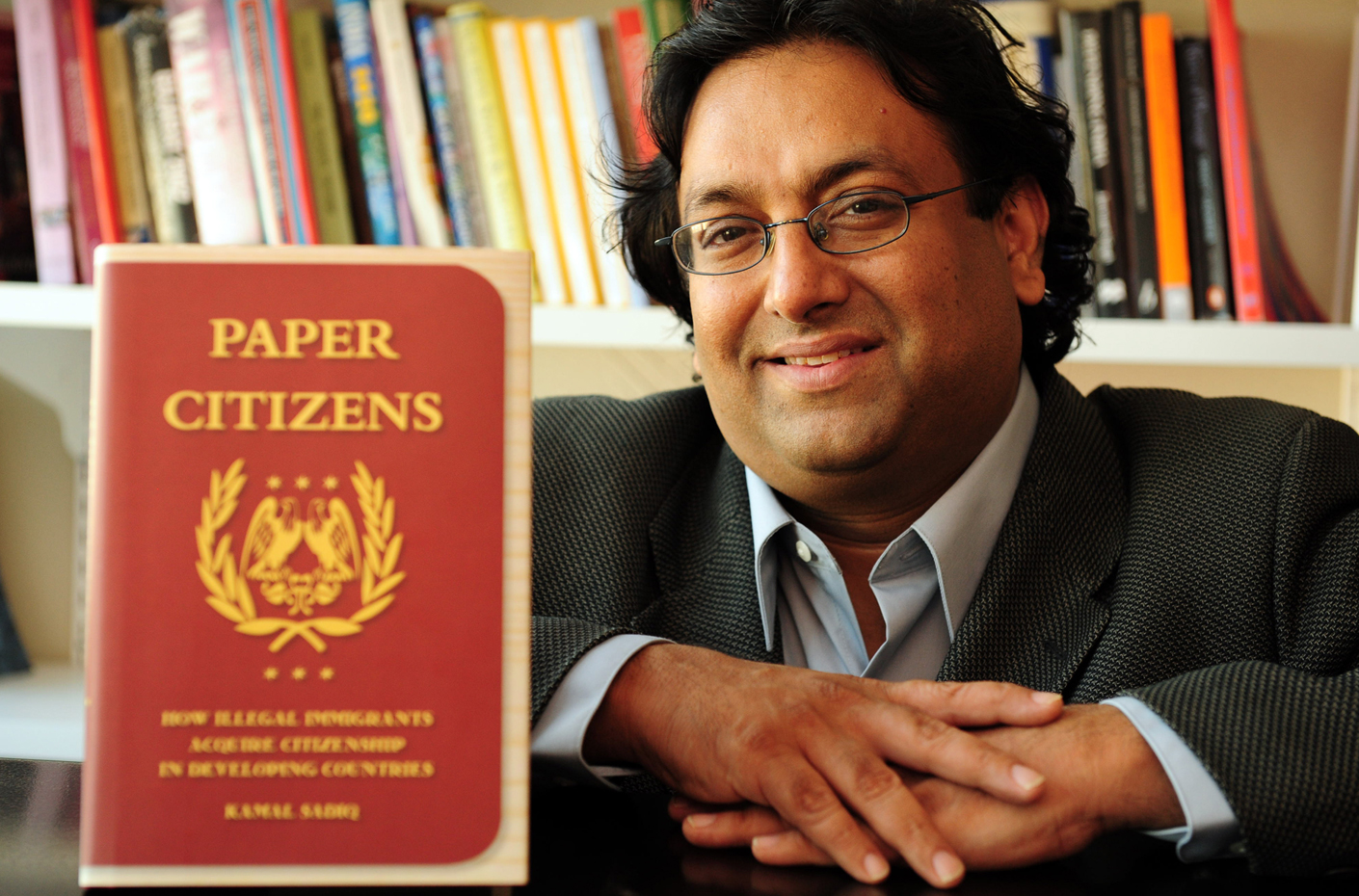 Unlike traditional immigration research that focuses on movement from impoverished countries to wealthier nations, Sadiq explores immigration into developing nations.

While researching his book, he studied Filipino immigrant settlements in Malaysia and watched the ease with which Bangladeshi immigrants settled in India.

"Bangladeshis and Bengali Indians share many similarities in terms of ethnicity, language, religion and even food habits," Sadiq said. "It becomes very easy then for Bangladeshi immigrants to blend in with the locals in India."

Sadiq's research focuses on "documentary citizenship" - immigrants' use of forged documents or illegally obtained authentic passports to prove residency or citizenship. Weak and erratic bureaucracies in developing countries allow fake documents to flourish. The result is a thriving underground process for attaining citizenship.

"The use of fake documents is endemic and often state officials and local authorities can't distinguish the difference between real and fake - the copies are just so good," Sadiq said. "Much of the world's illegal immigrants are indistinguishable from citizens because of this."

The inability to verify the identities of millions of people poses serious implications for both U.S. and global security in a post 9/11 world. If illegal Afghans can easily acquire Pakistani citizenship documents, Sadiq asks, what prevents criminals and terrorists from doing the same?

"Documentary citizenship" severely undermines national sovereignty by limiting states' ability to police their borders and regulate who is allowed entry. Sadiq hopes his book will challenge assumptions about immigration and the meaning of citizenship.

"We assume other countries provide documents with reliable information about their citizens, but what we see with documentary citizens is that their paper trails are long, convoluted and very difficult to verify. Documented illegal immigrants challenge our understanding of a secure citizenship."