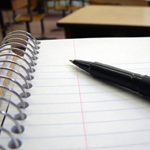 UC Irvine researchers have received three awards from the Russell Sage Foundation totaling $245,000 to take an in-depth look at how immigrants and children of immigrants - the 1.5 and second generations - in Los Angeles assimilate and incorporate into American society.

How the 1.5 and second generations define and measure success
Jennifer Lee, UCI sociology professor, and Min Zhou, UCLA sociology professor, have received a $108,000 grant to explore how 1.5 and second- generation Mexicans, Chinese, and Vietnamese define success, how they aim to achieve it, and how they choose to identify themselves in terms of race and ethnicity. Specifically, they will study why 1.5 and second-generation Mexicans who, according to conventional measures of educational and occupational attainment, are considered less successful yet feel successful, while comparatively higher-achieving Chinese and Vietnamese do not. "The 1.5 and second-generation Mexicans feel successful because they often compare their achievements to those of their immigrant parents, many of whom have only an elementary school education and work in low-wage service jobs in the United States," says Lee. By contrast, 1.5- and second-generation Asians who attain extraordinarily high levels of education and land high-salaried jobs, often do not feel successful because they are more likely to compare their own success to that of even higher-achieving Asians-including their siblings and co-ethnics-rather than to average Americans. By studying how these different perceptions of success develop, Lee hopes her findings may dispel some groups' feelings of inadequacy when they may not reach standards many would argue are impossibly high.

Cultural and political adaptation of the 1.5 and second generations
Leo Chavez, UCI anthropology professor, and Louis DeSipio, UCI Chicano/Latino studies and political science professor have received a $70,000 award to examine how immigrants from all seven national origin groups who migrated as children and the children of immigrants have - or haven't - acculturated into U.S. society. They are particularly interested in how legal status affects children of immigrants in terms of their language skills, religion, engagement with the criminal justice system and voting. Preliminary data analysis - and common sense, say both Chavez and DeSipio - indicate that both legalization and citizenship play significant roles in the opportunities for the children of immigrants to increase their political and cultural involvement in the U.S. If found to be correct, their study could play a major role in the development of future policies focused on promoting opportunities for legal residency and citizenship status for undocumented immigrants.

Immigrant assimilation across generations
Frank D. Bean and Susan K. Brown, sociology professors at UCI, will lead a $67,000 study focused on how Mexican immigrants and their descendants become incorporated in the United States. They will look primarily at Los Angeles-based immigrants but also other Mexican origin persons living throughout the country. The researchers will analyze how the past four generations of these groups in the Los Angeles metropolitan area have become socioculturally, economically, geographically and politically integrated, drawing upon the IMMLA data. The researchers will also use information from the past three U.S. Censuses, Current Population Surveys, the Survey of Program Dynamics, and the American Community Survey to assess economic outcomes in the national-level Mexican origin population. As part of their project, Bean and Brown are developing a new theoretical framework to explain how different aspects of incorporation combine and interconnect to affect socioeconomic outcomes. "How immigrant groups progress once they get to the country is one of the key axes about which public attitudes on U.S. immigration policy turn," says Bean of the project's relevance. "Right now, there is a great deal of confusion about what is happening in the case of the Mexican immigrant group."

Work on each study began during summer 2008 and will run through December 2009.