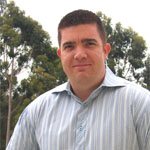 Large U.S. law firms commit an average of 3-5 percent of their time each year to pro bono work, representing causes from the death penalty and immigration to same-sex marriage and the teaching of evolution in public schools.

Steven Boutcher, UC Irvine sociology graduate student, has received a $10,600 award from the National Science Foundation to study how much time each of the U.S.' top 200 law firms spend on pro bono work and the influence they have on social movements through the causes they choose to represent.

Using interviews with law firm managers and data from the American Lawyer Media, American Bar Foundation and Indiana University Law School's Law Firm Working Group, he will analyze time spent and pro bono cases taken on over the past ten years. He will then determine whether patterns exist in the causes firms represent and how their work may impact larger social movements throughout the U.S.

"A significant chunk of social change is driven by elite lawyers in large law firms," says Boutcher who notes that pro bono work has more than doubled across the top 200 firms since 1998. "I'm interested in learning to what extent private practice lawyers influence and subsidize social movement activities through the cases they take on."

Firms that lead the country in pro bono work in the latest 2005 data include Wilmer Cutler Pickering Hale and Dorr with 99,710 hours of reported pro bono work. Coming in second was the L.A. based Latham and Watkins at 97,882 hours. Local firm O'Melveny and Myers was also among the top 200 with 50,584hours pro bono work.