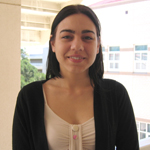 WII to the present, her study will take her to Australia where she plans to interview policy makers and conduct research on the country's 2001 incident in which several hundred Afghan and Iraqi refugees were denied entry to Australia's Christmas Island after being rescued at sea by a Norwegian ship. Budz argues that the country's actions and subsequently enacted policies from others in the international community that deny refugees entry to the closest port of rescue violate humanitarian rights and protection laws. Through her research, she plans to prove how such policies ultimately lead to unnecessary violence as governments attempt to balance human rights and security concerns. Budz's study is funded by the University of California Institute on Global Conflict and Cooperation and will cover a one year period beginning fall 2008.