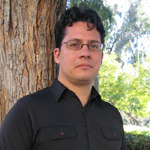 America has historically been a country of immigrants. Increasing debate over immigration policy within California and the greater United States has further propelled this very complex issue into the limelight, raising both awareness as well as a number of concerns across the nation. Absent from a majority of these important discussions, says Roberto Gonzales, is any mention or creation of solutions that properly address the needs of immigrant children.

"Undocumented children or children born to undocumented parents in the United States are rarely brought up in the debate, let alone addressed in any immigration reform," he says.

A sixth year sociology graduate student and recently named UCI Alumni Association Lauds & Laurels award winner, Gonzales pursues research on what happens to youth born abroad and brought to the U.S. at early ages as they move into adulthood, a group his advisor, Rubin Rumbaut, coined as the 1.5 generation.

With funding from the Public Policy Institute of California, Gonzales has conducted more than 100 in-depth interviews with people in these categories - many of whom are now in their early 20s and 30s - seeking answers to how and when they came to the U.S., if they came over with their families, and what their school and childhood experiences were like growing up.

What he has found, he says, points to an overwhelming problem. "Each year, there are roughly 80,000 undocumented youth living in the United States who will reach the age of 18, having lived here for five years or longer," he says. "Of this number, only 65,000 will graduate from high school, and only five to ten percent of those will go on to college."

A number of factors contribute to the small percentage of college goers, says Gonzales, including growing up in overcrowded, poverty stricken neighborhoods and attending schools that lack adequate educational resources to properly train young people for college success.

One underlying factor, he notes, appears to play the largest role. "We're finding that legal status is often a master status," he says, explaining that students with legal status have access to better educational opportunities and resources while growing up as well as financial aid once they do get to college. Those who do not have legal status, he notes, are all too often forgotten and left to fend for themselves.

While troubling, the findings are anything but news to Gonzales. Prior to pursuing his graduate degree, he ran a community center out of an old settlement house in inner-city Chicago. Working and living with Mexican, Puerto Rican, and Polish immigrant families, he witnessed first hand the alarming number of young people without legal status who were dropping out of school or hitting a "dead end" after high school with no legal ability to join the workforce and no way to pay for college.

"These kids grow up in a culture that teaches them to have dreams, but doesn't provide a means through which to reach them," says Gonzales. The experience was a catalyst for his decision to go to graduate school.

"I knew if I wanted to make a difference, I would need to affect and change policies," says Gonzales. "In order to do that, I need the research to back it all up."

Since his arrival on campus in 2002, he's been in hot pursuit of that goal, having published several studies on the topic and receiving more than $120,000 in funding and awards to do so.

In October, a study he authored in support of the proposed Development, Relief, and Education for Alien Minors Act (DREAM) - a bill which would have provided undocumented students a path to citizenship through military service or college attendance - made its way to the Senate floor immediately following its release.

While the bill ultimately failed to pass a procedural vote, Gonzales is not losing hope that further research on the topic with ultimately translate into future legislative policy. For his part, Gonzales will continue his research and, beginning in fall 2008, will do so as an assistant professor at the University of Washington.