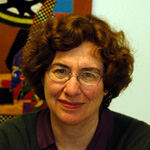 For some university faculty, the transition to administrative roles may be viewed as an arduous task, one that takes them far from their research responsibilities and more familiar faculty functions.

For economics professor Linda Cohen, the transition two years ago to her new position as Social Sciences associate dean for graduate studies and research was not so much a transition as it was an extension of her research.

"As an economist, I'm very interested in what drives economic growth, or, put another way, what makes us richer," she says. "In a developed country like the United States, major increases in wealth happen through innovation." Research universities, through their faculty research, education, and perhaps most critically, their graduate student training, play a critical role in this process.

"As associate dean for research and graduate studies, I not only get to observe and try to influence the research and discovery process in Social Sciences, but also across campus," she says. "It's a micro-level view of some of the innovation issues and institutions that I've studied for years."

In addition to studying research innovation, Cohen is also an expert on energy policy and innovation, particularly on how government policies impact innovation of alternative energy sources and energy efficiency initiatives. She has authored a number of reports and studies in this area and has served on committees and commissions for the state of California, the National Academy of Sciences, and the U.S. Department of Energy.

In 2003, she received the prestigious Gilbert F. White fellowship in support of her research on how restructuring the U.S. electricity market affected innovation and research in electricity technologies.

Cohen's knowledge of alternative energy and energy policy has also served her well as a member of the UC Irvine Campus Sustainability Committee. Working with vice chancellor Wendell Brase and other members of the UC Irvine community, Cohen is helping to develop and implement campus-wide "green" initiatives that will ultimately "reduce the campus' carbon footprint."

As associate dean, Cohen is doing her part for this cause while also improving the graduate program in the process. In 2007, the Social Sciences graduate studies office implemented the Graduate Applicant Tracking System, a computerized application process modeled after the admission process in the Henry Samueli School of Engineering. While making the admissions process more efficient and effective for the reviewing faculty members and applicants, the new system has an added benefit for the environment: less paper waste.


"GATS has made it easier for more faculty to be involved in the selection process of graduate students which has ensured we are selecting students from among our applicant pool who will thrive at UCI. The program has helped us address recruitment and retention issues in a major way," she says, the success of which may be noted in the substantial growth the School's graduate programs experienced in 2007.

With enrollments expected to continue on their upward climb, Cohen has other improvements in mind including the creation of additional funding and research opportunities for students.

"I'd like to develop a program to help students more efficiently apply for outside funding," she says. "I'd also like to work closely with the campus graduate division to promote more collaboration between faculty and graduate students serving as research assistants which would lead to both increased funding and excellent research training for our students.

"Ultimately, with better recruitment tools, financial packages, and research opportunities for our current and prospective students, we will support both the research agendas of faculty while producing excellent scholars who then go out into the world to foster innovation in our economy," she says.

Cohen's work on campus extends well beyond her position within the graduate program. Since joining the UC Irvine faculty in 1987, she has climbed the ranks from economics assistant professor to her current title of professor, having served along the way as both the department's graduate director and for three years as the department chair. She has also served on a variety of Academic Senate committees.

Her economics and administrative know-how played a critical role in the department's fall 2006 decision to divide its very popular undergraduate major in economics into three different areas - one of which included business economics.

"The bulk of our economics students are interested in business and plan to pursue business careers after completing their degrees," says David Brownstone, the current department chair. "Similarly, a majority of our alumni are members of the business community. We wanted to reorganize so people in our major with different interests could be better accommodated while we also worked to fill a need in the business community."

Recognizing these needs, the economics department, lead by Cohen, drafted a proposal that was quickly approved, allowing them to offer both business economics and quantitative economics in addition to their already strong economics major.

"Linda almost single-handedly drafted the initial proposal for the new majors," says Brownstone who added that, in education, this process can be very time consuming, often taking years until full approvals are granted. Cohen, he says, completed the draft, got it approved, and saw that the majors opened - all within a matter of months.

When the new offerings officially rolled out in fall 2006, business economics had more than 3,000 applicants, the largest opening of a UC Irvine major in recent history, according to Marguerite Bonous-Hammarth, Office of Admissions and Relations with Schools director.

Now, only a year and a half after its creation, the new major in business economics is more than 1,400 students strong, 50 students have already graduated and 171 more are expected to graduate between now and summer.

Included among this group is Akeena Mistry, a senior who majored in economics for two years until the opening of the business economics major allowed her to pursue her real passion.

"The business economics major is a great fit for my future career goals," says Mistry who plans to pursue a career in marketing. "Not only will I get to graduate with an economics background, but I also get to explore some of the different fields business has to offer."

Tom Uy, a campus recruiter with Deloitte Consulting, is equally excited about the new major's potential. "I am very much looking forward to sourcing candidates from the business economics major," he says. "The nature of our business requires our consultants to have strong business skill sets with a solid foundation in finance, accounting, and economics. The business economics degree will undoubtedly deliver one of the key attributes I look for in applicants: client-readiness."

By splitting the major into three different focus areas, the department has been able to react more quickly to programmatic changes based on needs of the students and the community. An emphasis in international business has already been added - available to all three economics majors - in the short time since the split, and plans are currently underway to partner with local businesses in offering internships, a component which will no doubt receive assistance from the newly forming economics business and community leadership council.

"The program has been very successful thus far," says Cohen who teaches the curriculum's course on the economics of law. Both she and Brownstone expect its popularity to continue to grow among the students and business community who have been anxiously awaiting a business-focused major from UC Irvine.