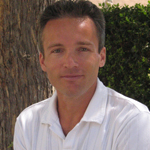 While many of us may not fully comprehend the technology that allows Google to crank out every instance on the Internet in which a selected term appears, we do know we can rely on it and other search engines to retrieve what we tell it to. Or can we? "Sometimes, what you're searching for and what you've asked a search engine to retrieve are two different things," says cognitive science professor Mark Steyvers. With a keen interest in data mining techniques and the research to back it up, Steyvers studies how systems may be developed to make machines "more human-like" in their thought processes, retrieving not only what they are told, but also what is inferred.

"This same model may be applied to many areas involving massive amounts of text," he says. Funded by the Department of Defense and the National Security Agency, Steyvers' model has national security implications in terms of data monitoring activities, an area in which the aforementioned agencies undoubtedly have interests.

When utilized in an entirely different realm, the same model has been able to predict the success rate of a couple having undergone marriage counseling, based on their therapy session transcripts. Again using word relationships, Steyvers' model counts the occurrences of positive vs. negative word associations expressed during therapy, the victor in the end being the category with the highest number of occurrences. While the concept behind this tool (i.e. what you say in marriage counseling directly relates to your rate of success in the marriage) is nothing new, the fact that a computer program is able to predict with some degree of certainty whether or not you're still married after undergoing counseling, is quite provocative