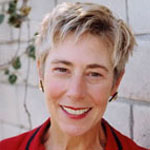 What life circumstances lead people to anthropology? Graduating from college with plans to study clinical psychology, Susan Greenhalgh embarked on a life-altering trip to South Asia where early ethnographic experiences -- living in a Hindu village in Nepal, watching street dwellers in Calcutta turn children into beggars -- challenged basic assumptions, and cemented her decision to pursue a graduate degree in anthropology.

Shortly after completing her Ph.D. in anthropology and Chinese studies at Columbia, Greenhalgh accepted a position with the Population Council, a third world development think tank. Working as an anthropologist and policy analyst, she traveled frequently to China where she gained rare access to high-ranking scientists and officials involved in making the one-child policy. In her soon to be released book, Just One Child: Science and Policy in Deng's China, Greenhalgh documents the extraordinary role played by a handful of Chinese missile scientists in the policy's formation. Borrowing ideas from Western natural science, the scientists convinced party leaders the one-child policy was "the only option" available to avert a "population crisis" threatening the country's wealth, modernity, and global rise. The book received positive reviews from Nature and Science magazines. Read more at http://www.socsci.uci.edu/newsevents/news_item.php?nid=1906.

Widely considered one of the world's leading experts on China's one-child policy, Greenhalgh has authored multiple books and journal pieces on the topic. "An Alternative to the One-Child Policy in China," coauthored in 1985, opened the political space in China for serious consideration of two-child alternatives. Today, this article serves as a vital resource on the topic in China and is referenced whenever discussion of a two-child option arises. Her most recent book, Governing China's Population: From Leninist to Neoliberal Biopolitics, coauthored with Edwin A. Winckler in 2005, details the rise over some 55 years of a vast new field of governance centered on population and the broad consequences of the one-child policy for China's society, politics, and international position.