Giving Back, From Campus to the Courtroom

GIVING BACK, FROM CAMPUS TO COURTROOM 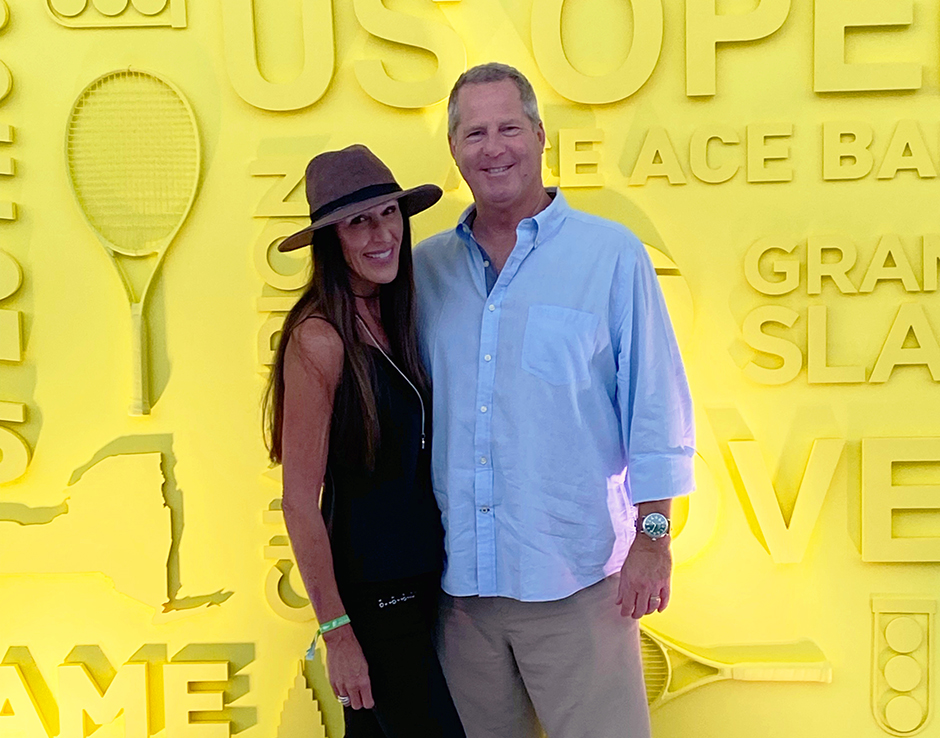 Susan and Brett Williamson are active Anteaters on both coasts.

In three decades as an attorney, Brett Williamson ’86 has won cases for high profile clients from the governor of California to the maker of Botox. But his time as a political science student at UCI, back when he was as green as the rolling hills around the young campus, laid the foundation for his future success. His professors, he says, “treated me like someone they thought had promise, whose opinions and insights were valuable.”

From the outset, Williamson was a political junkie. He wrote his honors thesis on redistricting and apportionment under the guidance of electoral systems expert Bernie Grofman, Jack W. Peltason Endowed Chair and Distinguished Professor of political science, and Mark Petracca, professor emeritus of political science. Although Williamson predicted U.S. election law would eventually prohibit partisan gerrymandering – which it hasn’t – the research project prepared him for the discipline and diligence he needed to excel in law school.

“My college years were when I became an adult, in a supportive environment with really challenging and interesting discussions,” Williamson said. “Because of the rigor of the social sciences program at UCI – the professors, their attitude, and how they sparked my curiosity and interest in law – I was able to do well in law school, and then I had all the options in the world.”

Career in court
Williamson joined O'Melveny & Myers when he graduated from law school, and has practiced at the firm for 32 years as an intellectual property litigator representing clients including Apple, Google, Samsung, and Hulu. In 2012, he won a widely publicized trial for Allergan over trade secrets of its flagship product Botox. While these cases brought him professional acclaim, fighting for social justice issues brings him personal satisfaction.

“The recent cases that I’m most proud of are pro bono matters related to criminal justice and racial equality,” he says. “If there weren’t attorneys willing to do those cases for free, they would never come to light.”

Some of his better known pro bono successes include defending Governor Gavin Newsom’s executive order putting a moratorium on executions in California, and helping to strike down municipal ordinances in Santa Ana and other cities that criminalize sleeping outdoors – a case for which his chief expert witness was Jim Meeker, UCI professor emeritus of criminology, law and society.

“UCI provides laudable examples of how academia – and particularly the social sciences, sociology, and social ecology – can inform criminal justice,” says Williamson. “I appreciate the things I learned as an undergraduate and am able to use them in my own practice.”

Difference makers have to have self confidence and express themselves well, and UCI students have that in remarkable quantities.

When he started at O'Melveny, Williamson was one of just three UCI alumni at the firm. But he’s watched as their numbers have grown over the years.

“What’s really been noticeable over the last decade is how many people who come through the office and interview have been UCI undergraduates and now, with the law school, we see a lot of UCI Law grads, as well,” says Williamson. “It’s a testament to the university, because the people we interview come from the very top law schools, and that such a large percentage are coming from UCI is really laudable.”

“I sense that the university is attracting people who are not afraid to make their way, and to let the world know that they are there to make an impact,” he adds. “The difference makers have to have self confidence and express themselves well, and UCI students have that in remarkable quantities.”

Bicoastal family
Williamson met his wife Susan at Corona del Mar High School, where she says he was already a star student. Serendipitously, they ran into each other on the day of his UCI graduation, and she learned he was bound for law school at USC, where she was an undergraduate. They married after he finished law school, settled in Newport Beach, and raised three children who are now adults: a neuroscientist, an attorney, and an officer in the Marines.

As their children went off to college, Susan launched her own career as a therapist with Orange County’s Mariposa Center, providing services primarily to low-income women who are often the victims of domestic violence or other crimes. Even though she is not a graduate of UCI, Susan says she feels welcomed into the Anteater family at the many events she and Brett attend.

“Everyone is so friendly and easy to talk to, and they don’t hold it against me that I didn’t go to school there,” Susan says. “I feel like everyone has a common goal: to lift up the next generation of graduates and help them on their way to accomplishing great things.”

A few years ago, finding their nest a little too empty, the pair decided to set up a second home in New York City, closer to their grown children. Since Brett can work from the O’Melveny office in Times Square and Susan can see clients via videoconference, they now split their time between the two coasts.

One thing that helped ease the transition: the Big Apple’s thriving network of UCI alumni. Within months of moving in, they received an email that the School of Social Sciences Dean’s Leadership Society was hosting an event at a bar in midtown Manhattan. It was the first of several events they would attend to meet local alumni from a variety of fields, including Broadway performers.

“Here we are in the city, yet doing an event for an alma mater 2,500 miles away. We both left there so energized,” says Susan. “It helped reaffirm for us that we were doing the right thing by being bicoastal, and that we would meet people there besides our kids.”

Anteaters forever
Over the years, Williamson stayed in touch with his faculty mentors, college friends, and the School of Social Sciences – which often called on him for his expertise. Political science professor Martin Wattenberg remembers Williamson as one of his best students at the time, and subsequently followed Williamson’s career, including his 1994 run for Congress. During the protracted legal battle over the outcome of the 2000 presidential election, Williamson served as the legal expert on a well-attended panel discussion hosted by the School of Social Sciences.

“His expertise was especially appreciated in those days before we had a law school,” says Wattenberg. “He’s always very giving of his time for school events, and I’ve always enjoyed discussing politics with him. He is surely a model UCI alumnus.”

Through Williamson, O’Melveny has hosted several Dean’s Leadership Society events in person and virtually, on hot topics such as U.S.-China economic issues and the 2020 election. The events provide opportunities for alumni and community members to gain insights and ask questions about complex topics from recognized experts including UCI faculty.

“Even as someone who attended USC Law School, I love how strong UCI has become in their fundraising and drawing together their community,” says Brett.

Events that were once sparsely attended have blossomed into bustling affairs, where the pair discover people they know from their own professional and social circles who now share ties to UCI. Williamson marvels at how much the university has changed, and how the university and the School of Social Sciences have set bold goals for rankings and fundraising – and then met them.

“As I look back on my days at UCI, I was there when there were still grassy hills where University Center is now,” says Williamson. “I feel like I saw on the horizon what the university would become, and I’m proud to know I’m a product of that program.”