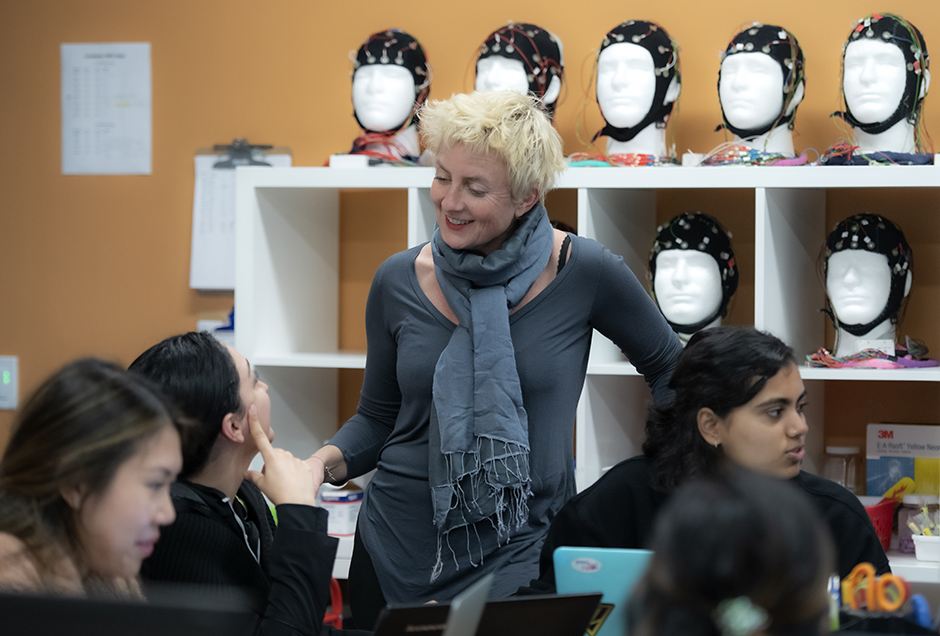 Sara Mednick, cognitive sciences professor, leads a team of undergrad, grad and postdoctoral researchers in her Sleep and Cognition Lab.

Graduate programs in economics, political science and sociology at UC Irvine climbed in U.S. News & World Report’s latest rankings. The three programs – which account for more than half of the UCI School of Social Sciences’ graduate enrollment – are in the nation’s top 25 programs among public universities, and top 50 overall, public and private. Economics saw the biggest jump since it was last reviewed in 2017, moving up four slots to 20th among U.S. public universities, and sociology broke into the top ten:

“Social sciences is continuing its upward trajectory across all the diverse fields we represent, while building on its interdisciplinary strengths and its commitment to diversity, graduate training and extramurally funded research,” says Bill Maurer, social sciences dean and anthropology and law professor. “While the rankings are never the whole story, we’re thrilled with these results.”

Although it does not offer a graduate degree, Chicano/Latino studies ranks near the very top for all ethnic and area studies programs nationally, according to Academic Analytics, which tracks faculty research productivity along a range of metrics.

And new in 2020, the school launched graduate programs in global studies and language science which now boast double digit enrollments. Small but mighty, language science – right out of the gate – ranks near the very top of all linguistics programs, according to Academic Analytics, and both programs are aggressively recruiting new faculty this year.

“Our well-established programs are highly ranked, and our new programs are gaining lots of visibility,” says Michael McBride, social sciences associate dean for graduate studies and research and economics professor. “The UCI School of Social Sciences is definitely an exciting place to be for graduate work.”