How Eileen Zimmerman, ’98 economics, found creativity and balance by becoming her own boss with Wander Wet Bags 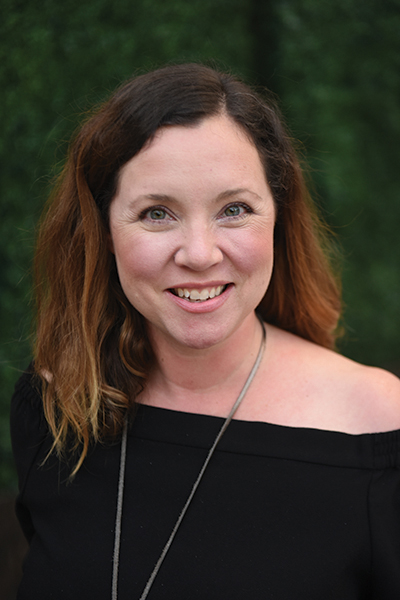 Afew years ago, Eileen Zimmerman felt a little too much like she was running on a hamster’s wheel. If she wasn’t stuck in traffic, she was stuck in a meeting. When she got home from work, she felt rushed to put dinner on the table and put her kids to bed before it was time for her to go to bed herself and repeat the cycle. When one of her kids went through an adjustment period at school, she knew she needed to be home. Something had to give.

A fresh start
Without a plan, she quit her job as a product manager at a software company. At first, she thought she’d go back into marketing consulting. It was something she had done before and something she was good at. But around this same time, Zimmerman found herself needing a bag to store her wet bathing suits and sweaty gym clothes in when she traveled from the beach or gym. She didn’t want to use a plastic bag that could leak or cause mildew to grow on her garments. She didn’t like the quality and design of the wet bags she found in stores. So, she decided to make one herself. She hadn’t sewn since 7th grade, but she had a sewing machine, and she was resourceful. After some trial and error, she was pleased with her results and gave a few of her bags as gifts. Zimmerman put her sewing machine away. She thought she was done.

But then, her sister-in-law asked for one of her bags to take with her on vacation. A friend liked the bag Zimmerman had given her so much, she asked if she could buy six for gifts. To test if her bags were marketable beyond her friends and family, Zimmerman posted one on Etsy. It sold immediately. She was not only surprised by how quickly it sold, but by the fact it sold to someone in Alaska (and not LA or Miami like she’d expected). It was just one bag, but Zimmerman thought if there was interest in her bags in Alaska, maybe she was on to something.

Finding a way
What Zimmerman finds most surprising about her entrepreneurial journey is that the old adage, “You can do anything you set your mind to,” is true. “Everyone has ideas, but 99.9% of it is just doing the work.” When asked about how she found a manufacturer for her bags, she says she Googled it, called people, and just figured it out. When she heard a song that she thought would be perfect for a branding video, she researched music licensing, called the musician’s record company, and in a matter of days secured the rights to the song. “I just found a way,” she says. “Find a way” has become a mantra that has worked extraordinarily well for her. Just three years after establishing Wander Wet Bags, Zimmerman has sold her bags to an impressive list of clients. Her biggest business comes from companies who order her bags for gifts. She recently signed a contract with a luxury car company and a worldwide beauty brand. Her bags can also be found at luxury hotels and resorts in the U.S. and abroad.

What’s also impressive about Zimmerman’s success is that she accomplished it without sacrificing her values. When she worked for others, she found herself saying, “When I’m CEO, I’ll pay people what they’re worth, not cut corners, etc.” Now that she’s the one in charge, she says, “I wanted to walk the walk.” All of Zimmerman’s bags are made in the USA and the materials are locally sourced. “I choose people over profits,” she says. 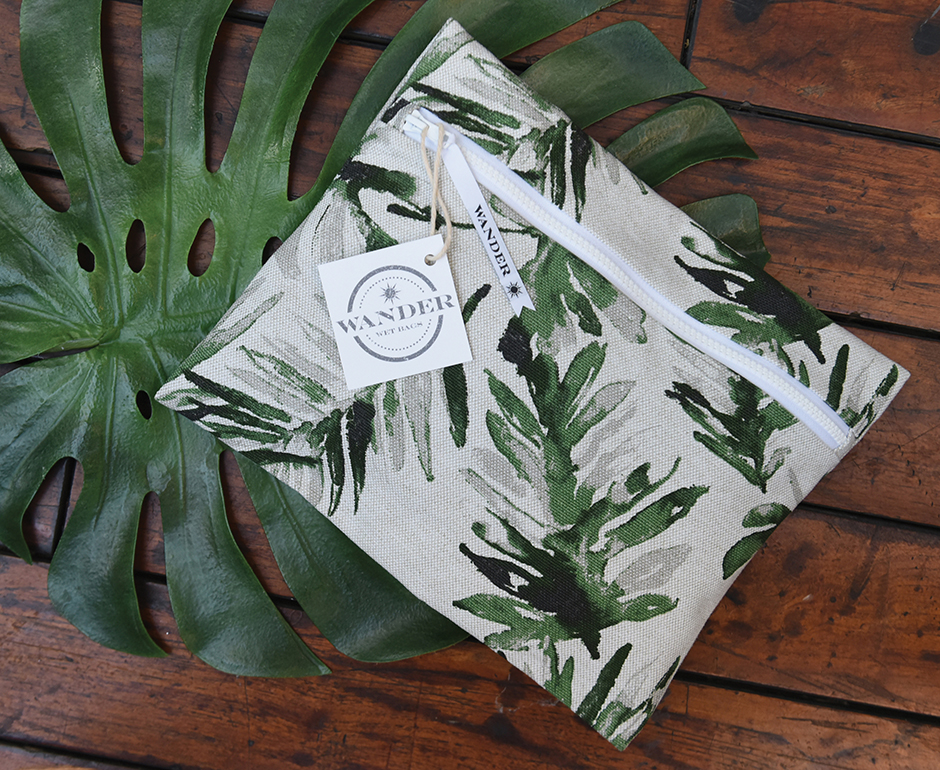 The long view
This isn’t to say that Zimmerman didn’t hit any bumps along the way. One of her most challenging moments came when her manufacturer lost the first run of her bags during the shipping process. She remembers thinking, this is the point where people quit. She had invested so much time and money into that first run and now it was gone. If she hadn’t been so confident in her product, she might have called it quits. But she’d received such positive feedback at pop-ups and farmers markets, she knew there was demand. “My customers believed in me, so I believed in my customers,” she says. After the blow of the lost order, Zimmerman says, “I pictured myself falling down on mile seventeen of a marathon. At first, I thought, someone get me a stretcher and carry me out of here. I let myself have a moment and then realized I hadn’t gotten this far to quit. I was going to walk and limp if I had to, but I was going to finish the race.”

Anteater forever
Through all the ups and downs of starting her company, Zimmerman is grateful for her economics degree from UCI and the friendships that began there. “The general education classes I took really changed how I viewed the world and how I understood how people interacted with each other,” she says. “Plus, a lot of the foundational concepts like opportunity cost, utility curves, and sunk costs are principles I routinely think about for my business.” And the women she met through her sorority, Alpha Chi Omega, are still some of her best friends.

Balance
With the creation of Wander Wet Bags, Zimmerman has found her calling. “I was good at product management, but it wasn’t a good fit personality-wise. I love being creative in a way I hadn’t realized and it took leaving my job to discover this. If I had listened to myself more, about what made me happy and excited, it wouldn’t have taken me so long to figure out what I really wanted to do.” Ironically, Zimmerman doesn’t have as much time for the beach and gym classes that inspired her to create Wander Wet Bags in the first place. And while she’s trying to make more room for recreation in her life, the need for it feels less pressing. She may be working just as many hours as she did before, but finding a work-life balance is much less stressful now that she loves her work.