Just for the run of it

just for the RUN of it

In his day to day life, alumnus Jeff Stout ’88 runs his own high-powered recruiting firm - but in his free time, he’s a dedicated philanthropist who helps people dealing with homelessness get back on their feet 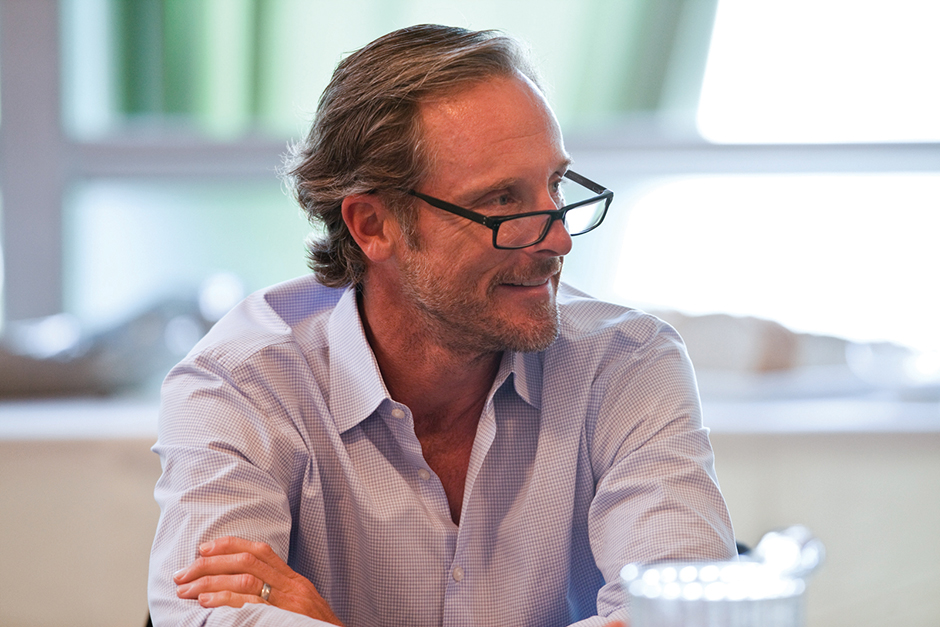 When was the last time you woke up at 5:30 a.m. and went for a three-mile run? If you’re like most people, the thought of sleeping in outweighs the run more often than not. But social sciences alumnus Jeff Stout, economics ’88, isn’t most people. An avid runner, he strongly believes in its “transformative power.” And, as president of the board of the organization Back on My Feet, he helps those struggling with homelessness learn to use running as a catalyst to change their lives.

Back on My Feet operates under a simple concept - if participants stick to their promise to complete early morning runs three times per week for four to six weeks, they become eligible for work training programs. Programs include resume writing, interview skills, and more, and if they complete these programs, Back on My Feet’s corporate partners - including Marriott Hotels and AT&T - have jobs ready for them. In their model, running is the beginning of a new, productive way of life. And according to Stout, it’s a way to cultivate a sense of pride and accomplishment even before getting a new job or a home of their own.

“There’s something about getting more fit and having the discipline that waking up at 5:30 a.m. and running creates - it gives them a sense of accomplishment,” Stout says. “If you get up and run three miles, you’ve done something for the day. They find it as a source of inspiration.” Stout knows firsthand about inspiration in his own line of work. It’s what led him to his current role as founder and president of BlueSky Professional Services Group, an executive recruitment company based in Los Angeles. Prior to founding his company, Stout worked as a partner at Accenture, a major national consulting firm. But along the way, he began to question if that role would ultimately make him happy. After some introspection, Stout started running his qualms by friends and colleagues looking for new opportunities.

“I went to a banking conference that year and met for coffee with some former clients, hoping they might have an opportunity for me or had heard of something,” he says. “All three I met with told me I should start my own company.” Hearing that surprised Stout, but it also offered the inspiration that he was looking for. He had never considered starting his own company before, particularly while he was in school. As he puts it, it just wasn’t something that people did.

“The world back when I graduated was very different than today - nearly everyone I knew went to work for a big company and no one really thought about starting their own business,” he says. But after hearing from his clients, Stout decided to take action. He started BlueSky later that year and hasn’t looked back since. He likes the freedom that running his own business offers, but he particularly enjoys that his work ethic is directly related to his success. Whereas at a large company your salary is your salary and your job is your job, when you’re the one in charge, what you do makes a tangible impact on your business.

His prowess in the business world was honed in part while he was at UCI. In addition to his heavy involvement in the Greek system (he was vice president of Phi Delta Theta and remains an active part of the community) he also founded the Undergraduate Business Association, an on-campus organization that’s still popular among Anteaters today. And he remains active in his alma mater through the Dean’s Leadership Society (DLS) in the School of Social Sciences. But for as successful as Stout has been, he feels a keen responsibility to pay it forward. It’s why he has made a concentrated effort to give back whenever possible, as a member of the Board of Governors of the Ronald McDonald House, a member of DLS, and with Back on My Feet. And while all his involvements mean a lot to him, it’s still the mission of Back on My Feet that resonates the strongest.

There’s something about getting more fit and having the discipline that waking up at 5:30 a.m. and running creates - it gives a sense of accomplishment.

“With age and maturity you start to realize that you were blessed with a certain set of circumstances and certain set of decisions that you made. But had things just flipped the other way in an instant, you could be in the same situation they are in,” he says. “So it’s a really cool thing to be involved in.”

Since becoming involved with the organization when it launched in 2007, Stout has seen Back on My Feet help 5,500 people get out of homeless shelters and back into the work force. He has also witnessed people go from being in poor health and living in a shelter to running their first marathon while gainfully employed less than a year later. But the benefits of the program and the running can often take effect even sooner. “After a month, participants can tell their family ‘I’ve been waking up at 5:30 a.m. every day for a month, running three miles a day,’ and it’s something they can be proud of, that demonstrates their work ethic and dedication to change,” Stout says. “Everyone needs a second chance sometimes.”