According to a colleague, Sunny Zaman is a guy who flies on planes, wears nice suits, and talks a lot for a living. “And I eat really, really good food,” he adds. Zaman, who graduated from UC Irvine with a bachelor’s in political science in ’08, is a group account director at Publicis Media, one of the top three communications companies worldwide. He oversees digital advertising for one client, a “little company called Toyota.” 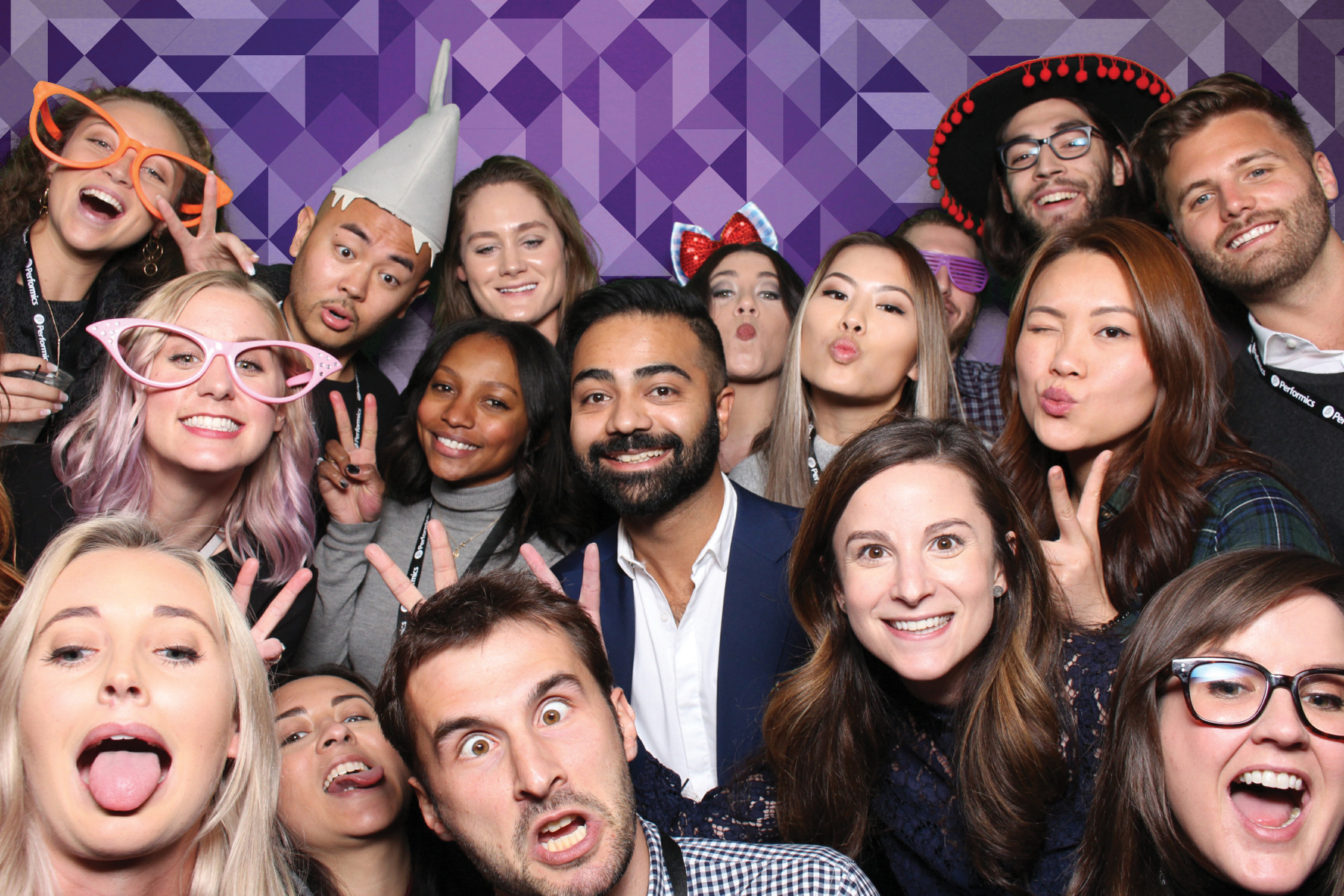 Sunny Zaman (center) with team members at a company event in Chicago.

UCI is a key element of who I am today. It’s where I discovered how much I loved connecting with people and coming up with solutions.

For the most part, Zaman’s colleague’s description of him is correct. As part of his job, he spends about a week in LA and the rest of the month traveling. He does indeed wear nice suits. “It may sound superficial,” he says, “but I want to look the part. It’s important to not only act, but look like a professional.” And he does talk a lot for a living. His day to day is spent in business strategy meetings, making phone calls, giving presentations, and mentoring his team.

And where does that “really, really good food” come in? An unofficial part of his job is entertaining clients. “After a long day of meetings, clients want a martini and a good meal,” he says. Zaman is more than happy to oblige. In fact, he’s so in to eating and preparing good food, he owns not one, but two sous vide machines and a Searzall blowtorch he uses for handheld broiling.

“I really sound like an LA guy,” he says laughing. “Did I also mention I’m really into yoga and lattes? Just kidding about that last part.” Zaman’s self-deprecation is charming and it’s easy to see why he’s well-liked by both clients and colleagues. One of the things he loves best is the communication aspect of his job. He’s good at building relationships and conveying what can often be complex issues into stories that are easy to understand.

Big dreams
After graduating from UCI, he got a job (through an alumnus) in commodities trading. “I thought I was going down the finance path. I thought I was going to get an MBA. I thought I was going to be a cool Wall Street guy,” he says. Then 2008 happened and the markets crashed. Zaman looked for a new path. He took his career in his own hands and - with two of his fraternity brothers from UCI - developed a mobile app publishing platform. They eventually hired nine employees and published about 50 apps all together.

“I thought I was going to retire by age 32,” he says. But then the mobile publishing platform space got crowded. Zaman sold his startup and accepted a job in media advertising from a competitor. He exceled in media advertising and was quickly promoted. Before he knew it, he was running Ford Motor Company’s digital advertising in parts of Latin America and flying to Mexico every other week.

A mover and a shaker
“I don’t like being bored,” Zaman says. But boredom doesn’t seem like a problem in Zaman’s life. Listening to a rundown of a recent vacation is enough to exhaust most people. His trip started in London where he watched his favorite soccer team, Chelsea, play a match at Stamford Bridge stadium. He then continued on to the Middle East and Africa where he played drums with Bedouins in the deserts of Jordan and found himself inches from a lion in Tanzania. This trip also took him to Egypt, Zanzibar, Rwanda, Turkey, and Morocco. “I like to immerse myself in cultures,” he says, but sometimes immersing yourself in cultures comes with a cost. When he was in Rwanda, a gorilla punched him in the groin. (He was fine.) As if his job wasn’t time consuming enough, he’s also involved with developing a couple of startups on the side. It’s probably no surprise that he admits to drinking way too much caffeine.

Anteater days
With all he’s accomplished, it’s hard to believe that Zaman only graduated from UCI as an undergraduate ten years ago. While he “doesn’t know where to start” when recalling fond memories of his college days, he admits that his Anteater pride was not immediate. When he was first admitted, he remembers asking himself, “How exciting does it sound to be an Anteater?” But then he arrived on campus and found that life at UCI was a lot more exciting than he expected. He loved getting to know other students from diverse backgrounds, working with dynamic professors, and being involved in Greek life. He loved the leadership opportunities afforded to him through Phi Kappa Psi and how typing in the wrong code while registering for classes led him to become a TA for a graduate course. He even started his own club where he invited local entrepreneurs to speak to the members of his group. “The university did a lot for me. It’s a key element of who I am today. It’s where I discovered how much I loved connecting with people and coming up with solutions,” he says.

Finding balance
While Zaman has had a lot of career success, he knows it’s not everything. “I believe it’s important to be active in seeking happiness. I don’t think happiness has to come from career success,” he says. He speaks about trying to make each day better than the last, be it at work, in his personal life, or in another’s. “I understand that I’m not saving the world, but if I can do something that makes someone else happy, I consider it a good day.”