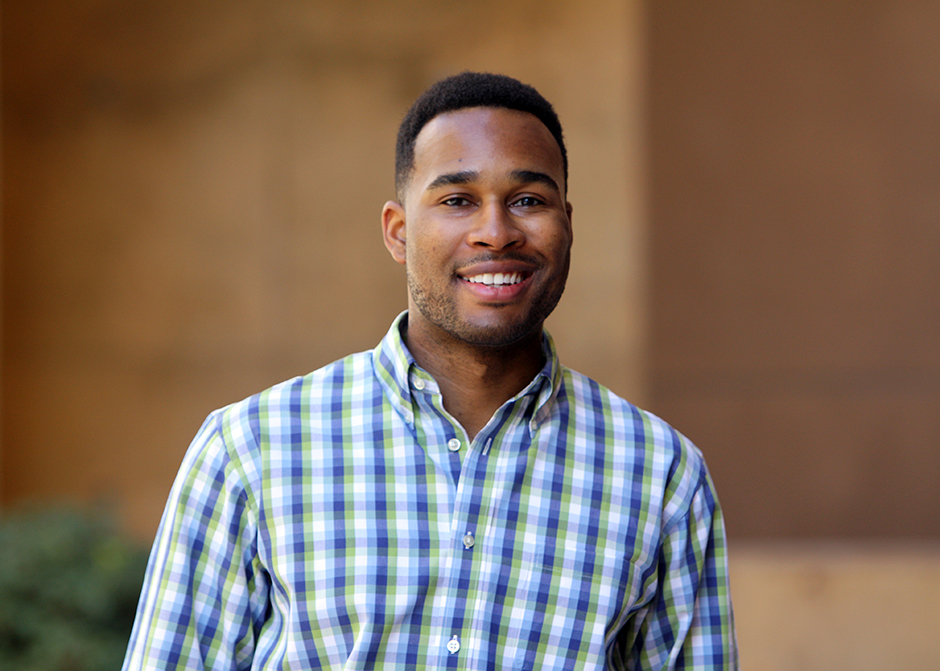 “I want students in my class to feel the sense of empowerment that comes from being not just more knowledgeable, but also more curious and more critical about the world around them,” says Davin Phoenix, UCI political science assistant professor.

In just four years with the university, he’s taught more than a dozen undergraduate and graduate courses, reaching close to 1000 students on topics ranging from mass media and politics to introduction to race and ethnicity.

He’s earned excellent feedback from those who’ve passed through his classrooms. And this year, Phoenix was one of 19 UC Irvine educators honored as a recipient of the Excellence in Undergraduate Teaching award at the 25th Annual Celebration of Teaching ceremony.

“Teaching is really exhausting work. But it’s so incredibly rewarding. There’s nothing quite like seeing the light bulb go off in students’ heads as they begin to comprehend something meaningful that they hadn’t quite grasped before. I strive for those moments,” he says.

For the award-winning educator, it’s hard now to imagine being anywhere but the university. Yet a career pursuing research and mentoring college students wasn’t always his plan.

Phoenix felt the weight of family expectations early on. As the only child of an African American mom on active duty in the U.S. Air Force, it was drilled into him that he would go to college and become an engineer.

“That was an eye-opening precursor, seeing the outcome of the election and realizing our political system is not running smoothly,” says Phoenix, now an assistant professor of political science at UCI. “After 9/11, there was a new world order, driven further by the Iraq intervention.”

His small liberal arts college in Newport News, Va., gave him four years of freedom to study what he liked. Engineering faded, and his interest in the intersection of race and politics grew. Phoenix wasn’t sure how to make a living in political science, but he applied to graduate school and was accepted at the University of Michigan.

“It was easy to sink or swim, and oftentimes I felt like I was sinking. But I was able to make it,” he says. Phoenix earned a doctorate in public policy and political science and was hired as an assistant professor in political science at UCI in 2014.

Both the student leaders and the freshmen he mentors are remaking the image of the American working-class household, Phoenix says.

“Many have very strong family ties and responsibilities, so they’re not just making their decisions on their own,” he says. “They’re carrying on their backs the desires and expectations of their parents and siblings, too. It’s very meaningful to them how they approach school.”

He has received his own support, as both a student and an instructor. Last year, his mother came to visit him at UCI and sat in on a couple classes. “It was incredibly gratifying for me,” Phoenix says. “She was moved by seeing me in front of all these students who could engage with me. She could trust and see that I’m doing good work of a different kind.” ●