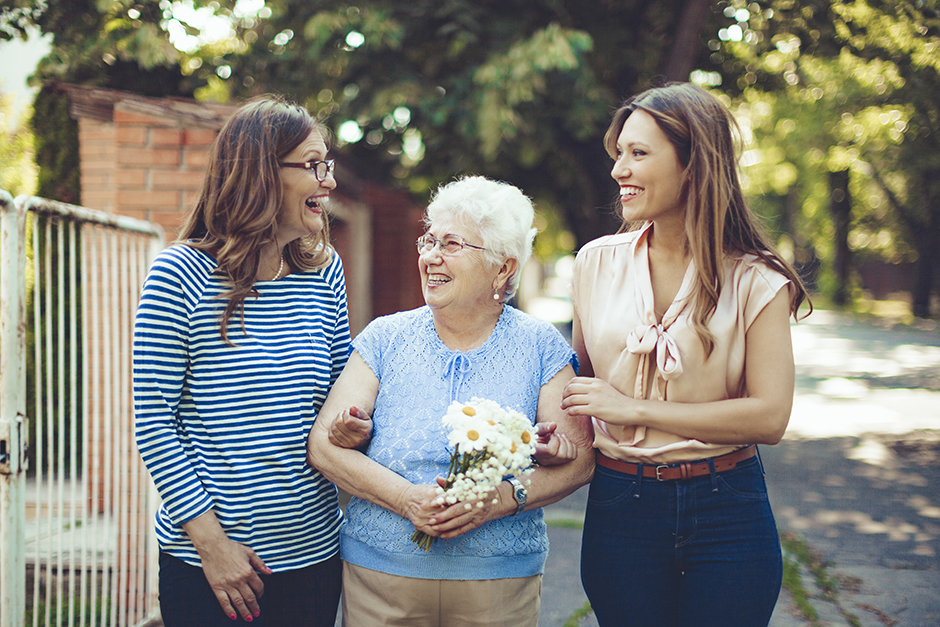 seeing health in a
CULTURAL CONTEXT

Convivir. Familismo.In Spanish-speaking cultures, there are several terms that describe social relationships as something deeper than friendly conversations and meetups. They’re something to which a person belongs, depends upon, contributes to and supports, and they’re the norm in Latino societies, says Belinda Campos, UCI associate professor of Chicano/Latino studies.

And, as it turns out, they provide quite a few health benefits.

“We know, based on lots of research, that close relationships are associated with better psychological and physical health – from improving daily well-being to reducing mental illness relapses and easing the burden of chronic disease,” she says.

Her findings make clear distinctions among how European Americans and Latino Americans view and conduct relationships.

“In the first group, they’re thought of in terms of independence – the idea that the self is separate from others and you rely on yourself in order to do well,” Campos says. “In Latino culture, there’s more emphasis on interdependence, being connected to others in a more fundamental way. You draw support from relationships, especially the family, and think of yourself as more ‘in it’ with someone else than forging your own path.”

In a study in American Psychologist, she and co-author Heejung S. Kim, a professor of psychological & brain sciences at UC Santa Barbara, present a framework for understanding cultural diversity as it applies to relationships, a perspective that needs to be incorporated into studies of overall health, Campos says.

Prior to this work, she noticed that certain health problems were less prevalent among Latinas – and one that particularly caught her eye was neuroticism. Individuals who are highly neurotic react with strong negative emotion to everyday experiences of threat, loss, and frustration, which can adversely affect relationship quality, psychological well-being, and physical condition.

“Research shows that such people are more prone to anxiety, depression, and stressrelated disease,” Campos says. “Intense, damaging reactions could be soothed by one’s relationships, but these aren’t always a resource for the highly neurotic. They have difficulty getting into and maintaining relationships and – even when in relationships – are less likely to feel supported.”

But as she was studying cultural differences, she discovered that in Latinas, the correlation between neuroticism and negative outcomes was much weaker than in European American women.

She emphasizes that just because neuroticism wasn’t as harmful to Latinas doesn’t mean it didn’t exist or was any less prevalent. It just wasn’t linked to the same bad outcomes experienced in other groups.

“I started seeing this, and I wanted to understand. I pulled back a bit and thought about it as a cultural psychologist,” Campos says. “If social support is readily accessible and you’re super connected to your family, friends, and other people in your social network, maybe that insulates you a little bit from the costs of neuroticism. Maybe people give you more leeway with this trait than if you’re in an independent context where people are more concerned about you reacting too strongly, where you’re more likely to be seen as an imposition, or as someone overly dramatic who needs to calm down and learn how to deal individually with stress.”

In Latino culture, there’s more emphasis on interdependence, being connected to others in a more fundamental way.

In July, she was awarded $390,000 from the National Science Foundation to find out. The grant is funding a three-part study in her Culture, Relationships & Health Lab. For the first phase, participants – who sign up with a friend – agree to keep a 30-day diary about their life experiences, including their relationships, and how they deal with stress. After a month of self-reporting, they’ll come to UCI for behavioral testing in Campos’ lab. In each pair, one of the friends will undergo a standardized stress test to measure the amounts of cortisol, which indicate how the body responds to stress, Campos explains.

“What really excites me about this work is that we’re going to see not only the effects of culture at an observational level, but also whether the cultural contexts in which we live – that shape our social interactions – have consequences for our bodies,” she says.

Funding for the study runs through June 2020. And Campos is eager to find out where future stages may take her.

“If we determine that there is a protective element combating neuroticism’s adverse outcomes in Latino culture, we can try to incorporate this in other cultural groups,” she says. “If we can reduce the costs of neuroticism, we’ll have an even larger community of people who are happier and healthier. And it would be pretty wonderful to be able to contribute to something like that.” ●