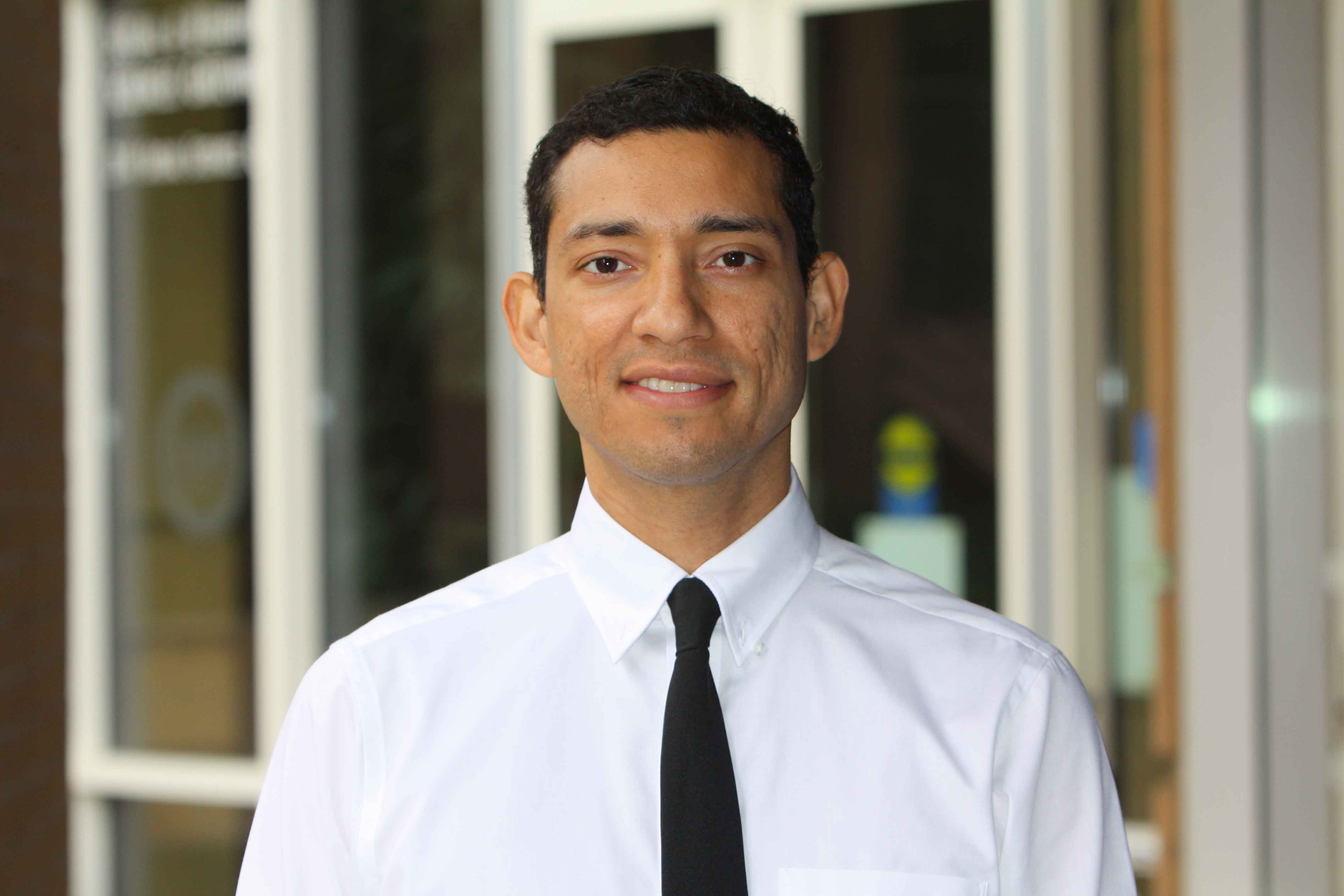 When it comes to the multiple accolades Ph.D. candidate Yader Lanuza has received since arriving at UCI, he is not interested in taking all the credit. Instead, the Ford Foundation Dissertation Fellow, American Sociological Association Minority Fellow, and published researcher insists that his successes have been nothing if not a team effort.

So it’s no surprise that he is quick to credit his advisors, colleagues, and family members with his latest achievement—being named the 2017 Lauds & Laurels Outstanding Graduate Student.

“I’ve had amazing mentorship since I’ve been at UCI,” Lanuza says. “I want to make sure to highlight that. I’ve had people who have provided guidance and support along the way.”

As the only current graduate student recognized, it’s evident that Lanuza stands out from UCI’s crowd of other highly-accomplished Ph.D. candidates. And when looking at the possible implications of his research and his success in sharing it with the academic world, it’s easy to understand why.

Lanuza’s research focuses on family dynamics in the U.S., often making distinctions between the habits of native-born and immigrant families. More generally, he delves into the consequences of familial relationships on educational inequality. In today’s climate, the value of understanding such inequalities is immeasurable. “My next project is about what families actually do at home to help their kids do better in school,” he says. “And how, in the immigrant case, they differ or don’t differ from native born families.”

In a similar vein, his dissertation examines immigrant-and native-born families, but instead of looking at the support a family provides to the children, he’s interested in the resources that children provide to the family household.

“The common story in America is that children don’t provide resources to their parents, it’s the parents who provide resources to the children,” he explains. “But my research says, hey, if you look at the case of immigrants, you’ll see that the children are actually very productive members of their households and contribute resources from the time they are young all the way to adulthood. Whether that means providing money when they are a bit older or helping siblings with homework.”

Lanuza believes that knowing how native versus immigrant families differ from each other will allow us to link those differences to other discrepancies—such as those related to academic performance.

When I was reading the literature about how these families work, it didn’t quite jive with the experiences that I had and the people that I know had.

He’s even co-authored a paper—published in the American Sociological Review—that addresses the question of how children of immigrants do so well in school in spite of the various language and cultural challenges they face. He and his co-author, his dissertation committee chair and advisor Cynthia Feliciano, found that the social background of a child’s family in their country of origin plays a large role in their academic success.

“A lot of immigrants to the U.S. come from middle class backgrounds so they think of themselves as a middle class family, even if their household income does not reflect that,” Lanuza says. “So they transmit this idea to their children, which really helps them in school. Even though they have these difficulties like language barriers and other obstacles, they have family cultural resources, such as very high parental educational expectations, that really propel them to do well. And those are tied to their social class in their countries of origin.”

Lanuza didn’t stumble across the topic of immigrant family dynamics by accident—his own parents hail from Nicaragua. So when he came across literature about families like his, he was intrigued that the experiences written about were so different from his own.

“When I was reading the literature about how these families work, it didn’t quite jive with the experiences that I had and the people that I know had,” he explains. “So I wanted to examine it using nationally represented data to see what was going on—to see if there was something there or if my observations were an anomaly.”

Shortly after receiving his bachelor’s degree, Lanuza began to think about the effects that these extra responsibilities may be having on students like him. He began working at the Hispanic Scholarship Fund in San Francisco—a nonprofit dedicated to providing scholarships to students of color—where he was able to witness how many children of immigrants were struggling to pay for higher education on their own.

What he found was that his experience, particularly the aspect of children contributing to the household through providing resources, was the norm in many immigrant families. And having that piece of information opened the door for him to delve deeper.

“Working with them gave me a window into what was going on nationally,” he explains. “Because I helped manage a national effort and I did programming locally, I saw there was a big need for the work I was doing all over the country.”

Since then, he’s used that experience to question how immigrant family dynamics lead to educational disadvantages. His hope is that his current research will help policy makers and universities address the needs of students who may have more financial responsibility than is expected of young adults in America.

In fact, another project of Lanuza’s, which he is working on with UCI professor Nina Bandelj, addresses this very issue through the lens of rising debt in America. It’s been argued that the increase in familial debt is due to simple overspending in a consumerist culture, or to make up for stagnant wages, but they want to find out if something else is at play. That is, whether the increase in debt is actually linked to increasing investments in our children.

Lanuza notes that it is common in the U.S. for parents to invest large sums of money into providing for their children, through expensive extracurricular activities, pricier homes in more “desirable” neighborhoods, and—the big one—footing the bill for their college tuition. Compared to his dissertation findings and the case of immigrant families—where often the children contribute financially to the household—it’s no wonder that these racial, ethnic, and educational inequalities are being reproduced.

“I think we’re in a historical moment where children are an investment project,” he says. “And that is tied then to the parenting practices around it—those are the questions I try to get at. What are the family dynamics that then have consequences for more broad educational and social inequality?”

The point Lanuza really wants to drive home for policy makers is that there are many young adults—primarily children of immigrant parents and those of African-American families, often from socioeconomically disadvantaged backgrounds—that have financial responsibilities outside of what is expected of them by society.

He believes that, to remedy the educational and monetary gaps, more needs to be done on a policy level to support these individuals. Perhaps through tax incentives or more thorough financial aid vetting.

UCI, he notes, cares very much about this issue and has taken the initiative to meet specific needs that students from underrepresented groups require. They have also invested in students like Lanuza via recruitment and retention fellowships.

“I know this is something that UCI cares a lot about and spends a lot of time and resources on,” he says. “So that’s one policy response from an educational and institutional perspective.”

As he prepares to continue research outside the confines of student life, Lanuza would also like to mention the immense support he received from his department, committee, and colleagues, particularly in relation to his winning the Lauds & Laurels award.

“This award is as much a personal accomplishment as it is a communal one,” he says. “My mentor, advisor, and collaborator Cynthia Feliciano really has provided so much support. Well beyond what anyone can reasonably expect or hope for in a mentor. I’m more than lucky, I’m ecstatic, I’m blessed to have her as my chair. Nina Bandelj has also been instrumental as well in helping me during my time at UCI, both as a collaborator and a mentor. Ann Hironaka, Rubén Rumbaut, Judy Treas, and Catherine Bolzendahl—none of this would have happened without them. I am nothing without their support and their attention. And finally, my family, to whom all of my work is dedicated, especially my mother. Any accomplishment of mine is a small vindication for all of her sacrifices.”