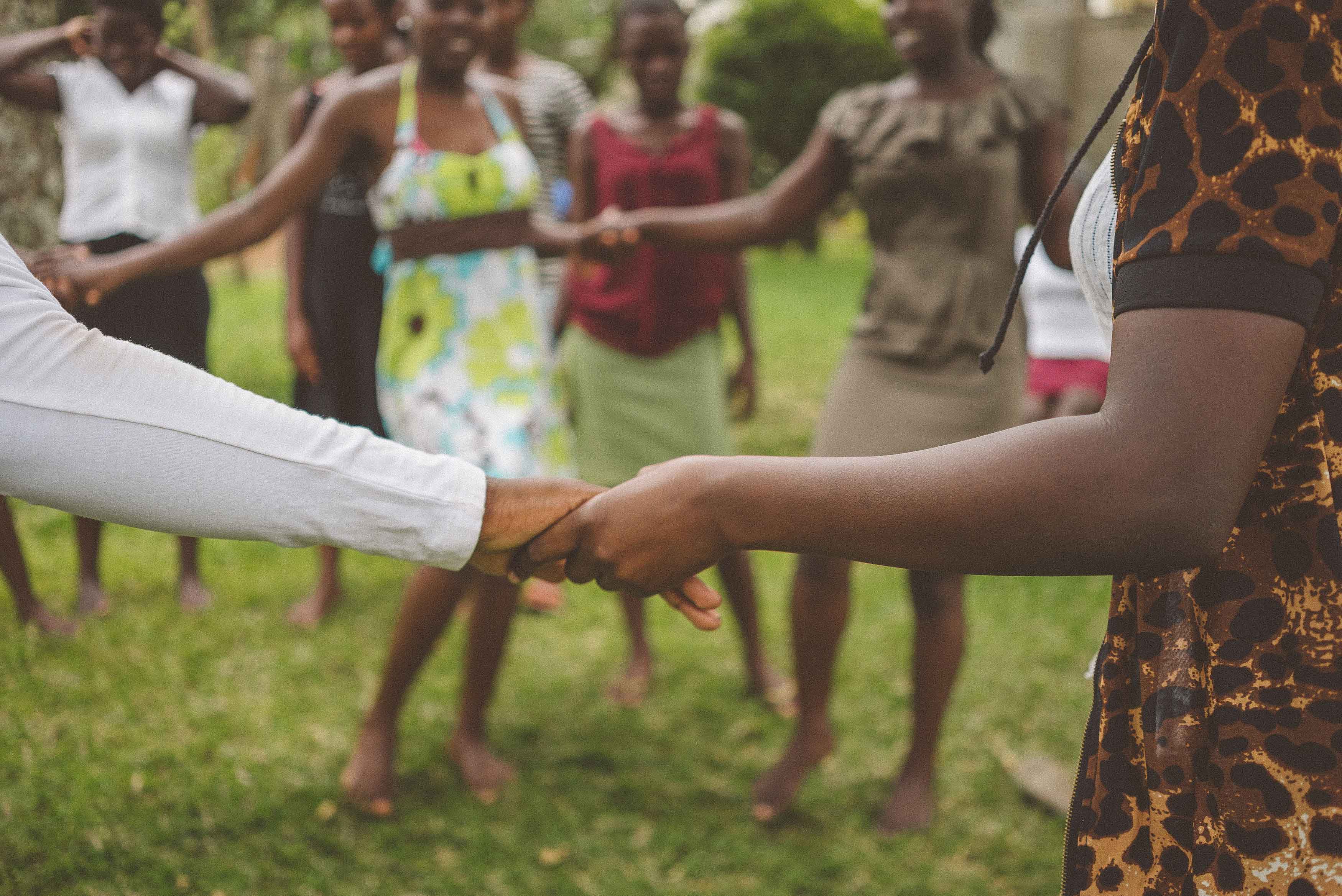 the power of GIVING

With years separating their stints at UCI, education separating their fields, and – at the time – continents separating them geographically, it’s really a wonder that Reza Jahangiri, economics ’00 and Kelsey Galaway, international studies ’10 ever met. Even more surprising is that, when they finally did meet in 2011, it wasn’t through their shared alma mater, or even in the United States at all. They were introduced at a safe house for human trafficking victims operated by the nonprofit Willow International – in Uganda.

Galaway, who had always known she wanted to be on the ground making a difference, was working as the country director for a nonprofit organization that offered rehabilitation and support for victims of human trafficking. Jahangiri, whose friend was working with said organization, paid a visit to Uganda with his wife to see the group in action. It was a transformative trip for him, and he remembers being genuinely shocked by what he learned and witnessed.

“According to studies, 20.9 to 46 million people are affected by human trafficking globally,” he says. “That’s a very shocking statistic for a lot of people and there’s a lack of awareness around that. And what really hit home for me was that most of the victims are children.”

That experience in the safe house made Jahangiri want to get involved immediately, so he took the concept of corporate sponsorship back home to American Advisors Group (AAG), a leading company in the reverse mortgage industry that he had founded in 2005. With helping seniors already a part of the company’s DNA, it only made sense to expand on that spirit of giving by taking Willow under its wing. 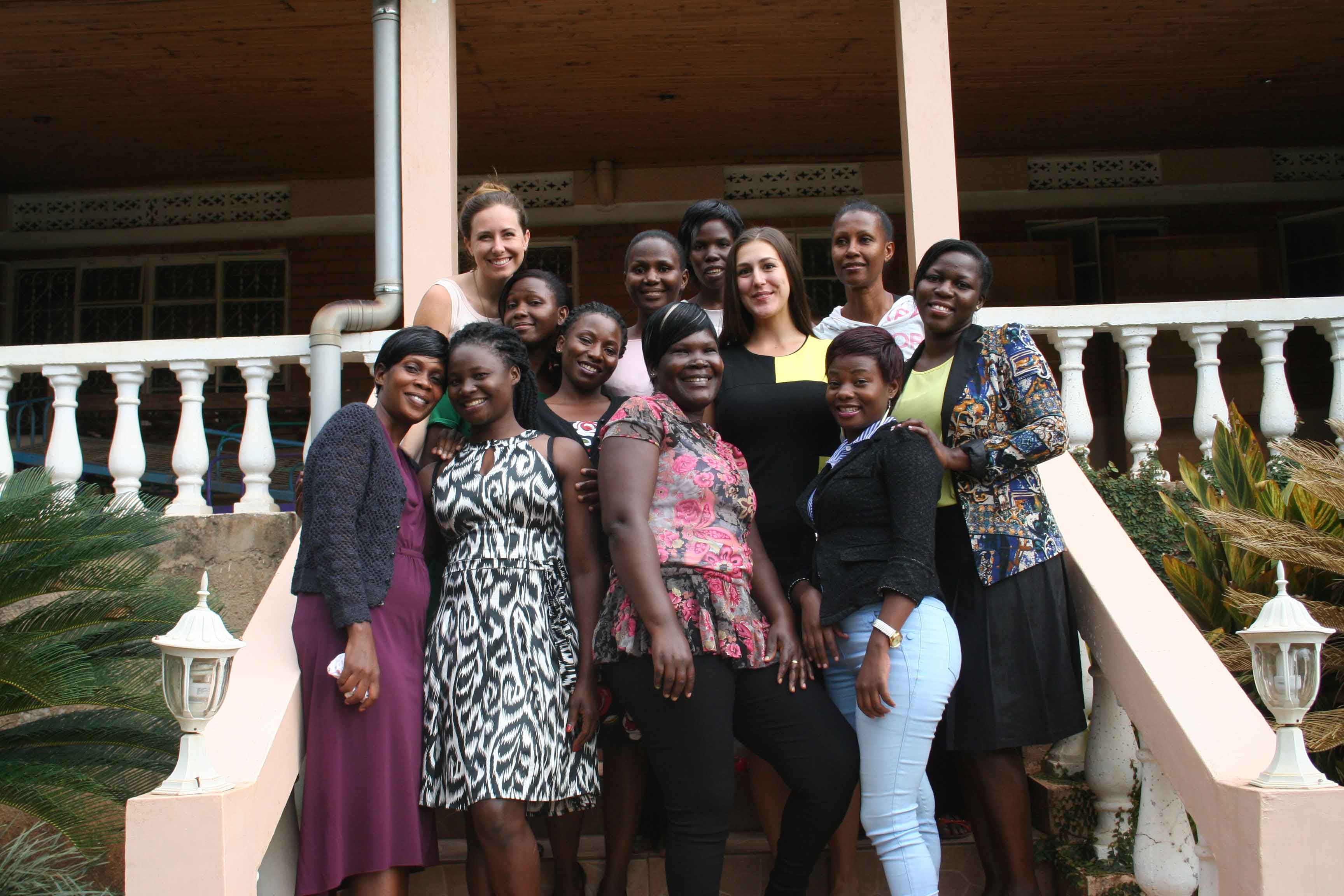 Galaway (top left) with her staff at Willow International, Uganda.

AAG sponsored Willow International for two years following that meeting. During that time, Galaway took the reins as executive director of the nonprofit on the ground in Uganda. But when Jahangiri chose to expand the philanthropic efforts of his company and start the AAG Foundation, an official charitable branch dedicated to giving back, he knew she would be the perfect person to lead it. So, in 2015 Galaway found herself back in California for her new role with AAG.

Now the two Anteaters work together on both organizations – he as the CEO of AAG and chairman of the Willow International board, and she as the director of the AAG Foundation in addition to her role as executive director of Willow.

For Galaway, it’s been incredible to see this cause she’s been advocating for get the attention it deserves.

“Human trafficking in Africa doesn’t get a lot of attention but it’s an issue that affects millions and is only growing,” she says. “And because of the extreme levels of poverty, there is a large population that’s at risk and being affected with absolutely no support services. In Uganda, if we didn’t exist, victims that were rescued would have nowhere to go but prison. There’s not a single bed in the country available to them.”

But with the support of AAG, Willow has been able to grow at an incredible rate and is doing everything in its power to combat these issues. Originally, the group was solely focused on the rescue and rehabilitation of children who had been sold into the sex trade, but has recently taken steps to expand its efforts into prevention – a piece of the puzzle that Jahangiri holds very near and dear to his heart. 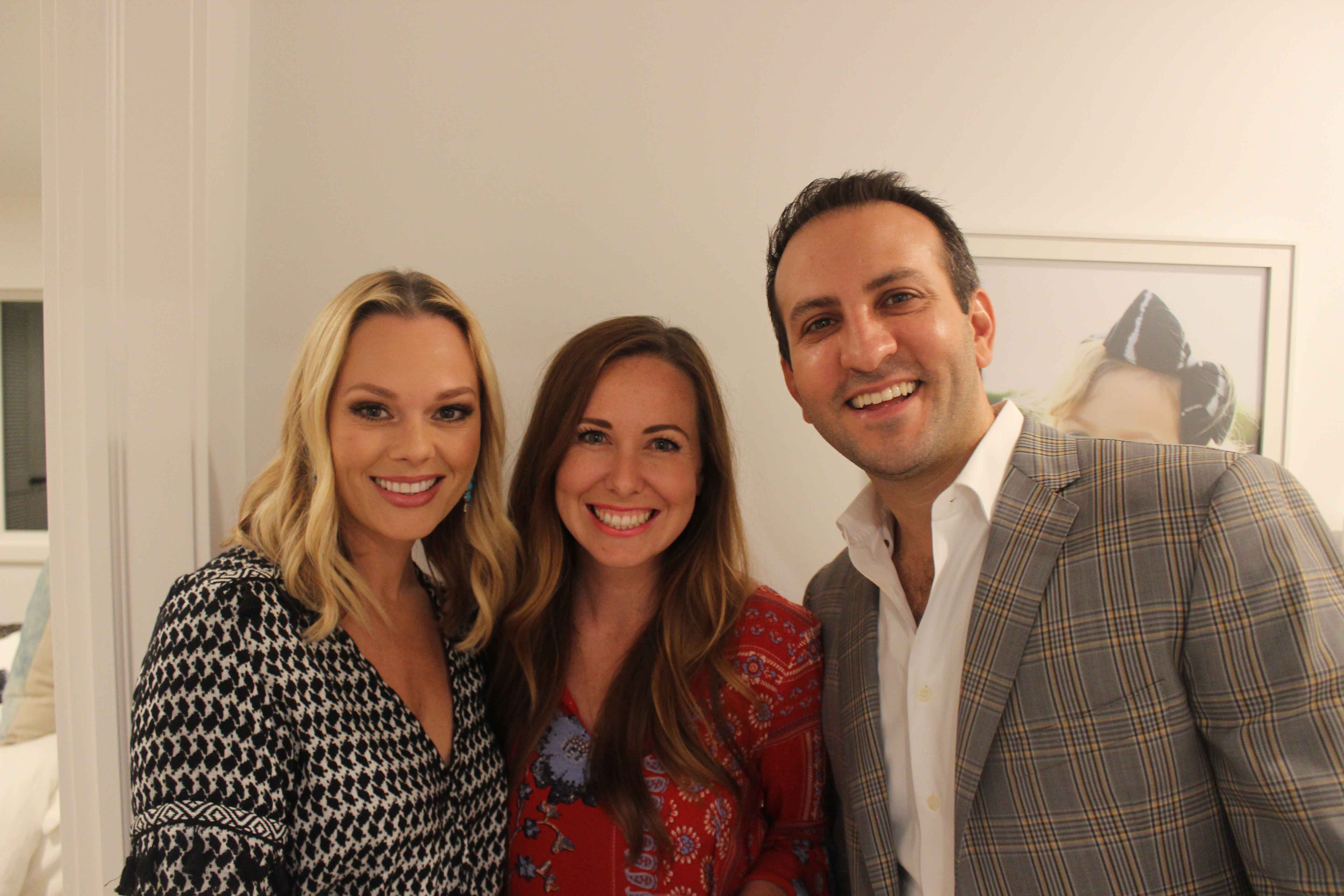 Galaway (center) with Jahangiri and his wife, Kate Levering.

“We’re getting broader in our mission, not just dealing with aftercare. That’s a big part of my efforts in regard to the foundation, and I’m very passionate about it,” he says. “There’s a lot of opportunity to positively impact human life.”

While the team is still dedicated to rehabilitating victims of sex trafficking – they have two homes in Uganda dedicated to healing and have partnered with the nonprofit International Sanctuary to offer survivors jobs – they have recently taken their efforts to the government level, advocating for the complete implementation of the law and policies that support and protect victims.

They are currently working with the Pepperdine University School of Law and the Human Trafficking Institute to hold a conference with the Chief Justice of Uganda’s Justice, Law, and Order sector.

There, they plan to advocate for more regulations and amendments to certain laws that make prosecuting traffickers particularly difficult.

In that same vein, the group hired a lawyer to act as a victim advocate. She is able to advise rescued victims on their options for testifying against traffickers, and she goes to court when needed. Right now, they have seven cases pending, and they hope the victim advocate will help many more make it to the courtroom.

We’re getting broader in our mission, not just dealing with aftercare. There’s a lot of opportunity to positively impact human life.

“Without these laws and without real consequences, we’re just taking in all these survivors while the traffickers are moving on to the next victim,” Galaway says. “They don’t care if we rescue because they’re still out there making money. We have to tackle the issue from all sides. Victims need aftercare and criminals need to be convicted.”

In addition, the group has spearheaded efforts to start a coalition with other anti-trafficking organizations in Uganda. According to Galaway, she and Jahangiri realized that there were many organizations doing good work, but no one was communicating with each other. As a result, two organizations may spend funds and time on the same research or training. By starting this coalition that meets monthly, they have been able to take a more “divide and conquer” approach and have already made connections that have saved at least a year’s worth of work. 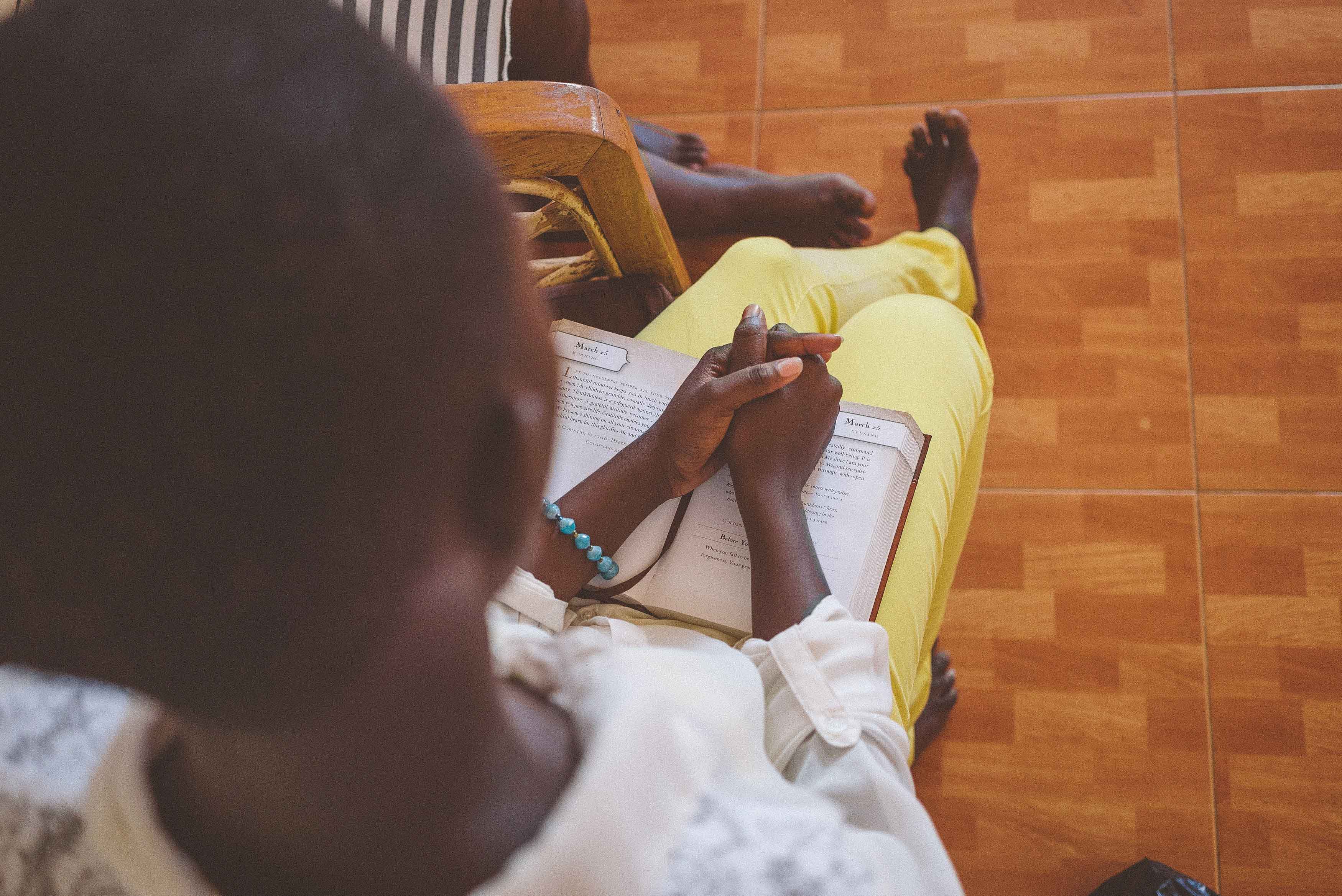 Between 20.9 to 46 million people are affected by human trafficking globally. Willow International works to rehabilitate individuals in Uganda and beyond.

There’s a lot happening with Willow, but helping others is not a foreign concept to the AAG community. On top of the work the company does to provide a growing senior population with reverse mortgage loans that will see them through retirement, the AAG Foundation also provides support for seniors and AAG employees in need, supporting those going through family or health crises and providing company-wide opportunities to volunteer at homes for the elderly. It’s a part of the company culture that Jahangiri feels is critical to running a successful business, but he also feels that it’s his duty to give back.

“It’s a very important part, both for our organization and from a duty standpoint,” he says. “It’s the responsibility of people that can give to find avenues to give back – in this case, avenues that resonate with the employees that they feel passionate about. It makes for a better place to work because you can see how you are making a difference.”

The foundation’s three pillars – Willow, the senior community, and the Care Fund for AAG employees – offer plenty of chances for the company community to get involved. Locally, they work with the Orange Senior Center, deliver Meals on Wheels, and hold various fundraising events that Galaway organizes. Jahangiri is also very involved with the Anteater community and is a member of both the School of Social Sciences Dean’s Leadership Society and UCI’s Chief Executive Roundtable. It makes for a packed schedule, but also a wonderfully rewarding place to work. And Galaway is quick to credit her boss for making it all possible.

“It all goes back to Reza,” Galaway says. “He has one of the biggest hearts I’ve ever encountered and he genuinely cares about every single one of his employees. He frequently checks in on the team to make sure that every survivor and staff member are taken care of. He wants to know what the employees that benefit from the Care Fund are going through and how we can help more. It all goes back to the leadership and that culture trickles down.”