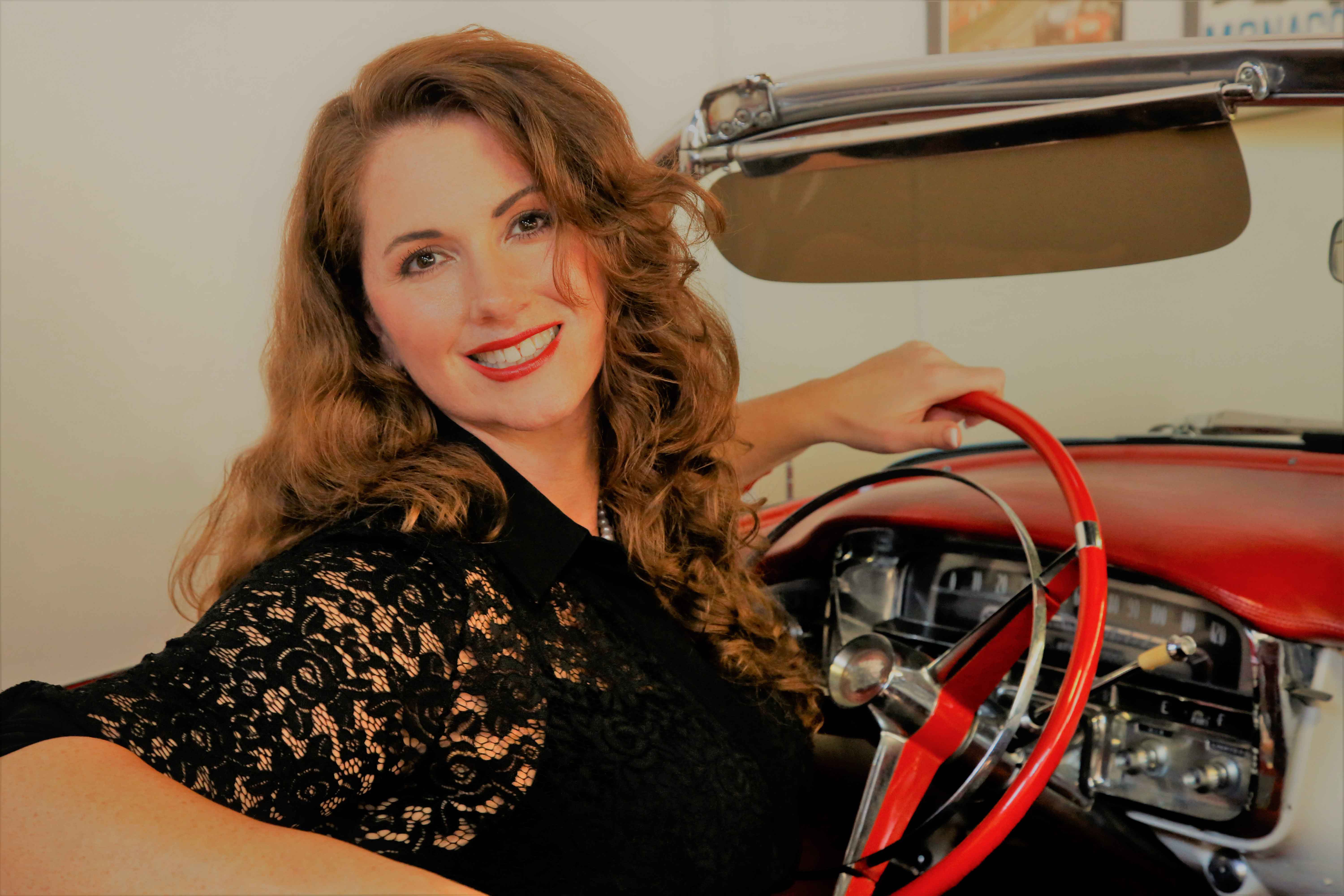 Cassandra Miller, economics ’03, has never wanted anyone’s sympathy – even when she was supporting two children and living out of a garage at the age of 19. While struggling to put food on the table, the young mother wouldn’t take welfare, instead opting to work and earn her own money through training programs. Now her kids are grown, she’s earned both her bachelor’s and MBA from UCI, and she’s found success as an entrepreneur in two male-dominated industries – consulting and tech. Miller’s story is evidence that success can stem from struggle. But, even more, it’s an inspiring testament to girl power and the strength of the Anteater spirit.

Before coming onboard as the COO of See Jane Go, an all female ride sharing service, Miller was making a living as a “business architect,” saving failing companies and rebuilding them from the ground up. She’s also founded several businesses of her own, and – at UCI’s invitation – has been imparting her knowledge on the next generation of entrepreneurs as an adjunct instructor at the Paul Merage School of Business. She brought that same expertise – plus her experience in IT and tech – to Jane, and she’s been loving every minute since.

With the intention of creating a safer way for women to participate in ride sharing platforms, See Jane Go offers an alternative to female drivers and riders who feel more secure riding with other women. They only employ female drivers, and solely women are able to hail rides through the app, which is available now on most smartphones for free. It’s a dream come true for Miller, who is getting to use her position to help other women who may be facing their own challenges. 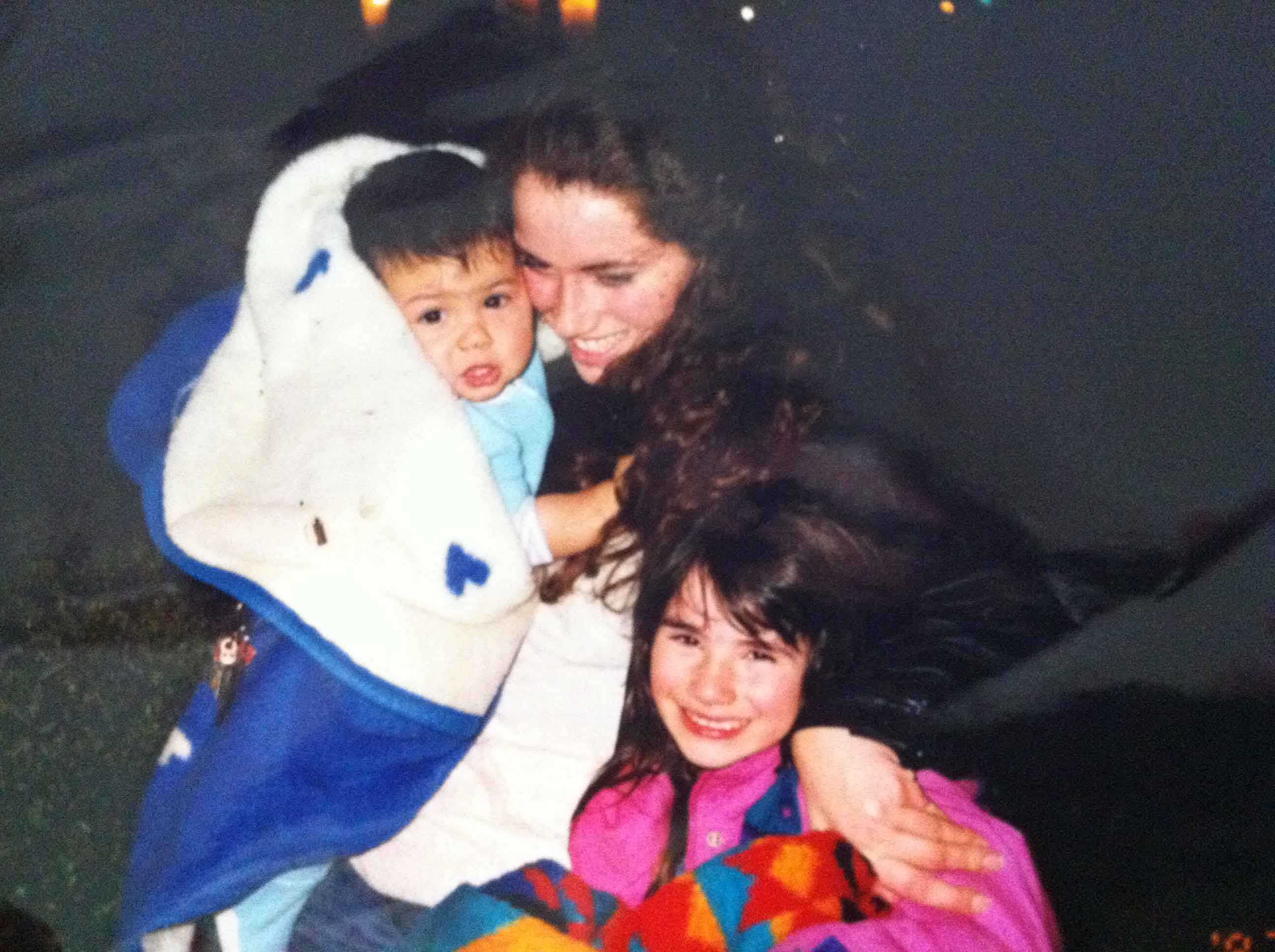 Miller with her two children her freshman year of college.

“It really is a dream job,” she says. “I get to dream things, build things, and help people. I come to work and it’s not work. I have fun every single day doing what we do here.”

She’s in such a great place now, but it was hard work getting here – even though she was pretty much born thinking in economic terms. As a child, she remembers always thinking about things in graphs and charts—finding patterns in traffic flow, trying to imagine the trickle down effect of individual decisions, and calculating why certain items in a store were the price they were – before she even knew what economics was. She was constantly analyzing, which made her naturally gifted in school. But her path to a high school diploma became more complicated during her sophomore year when she found out she was pregnant.

Miller gave birth to her daughter at 16 and, having no access to childcare, was forced to put her education on hold. She still managed to graduate high school early, even after missing a year while she looked for a way to afford childcare. Her drive to succeed was unstoppable, even when she had nowhere to live and was forced to take her daughter to live in a homeless shelter in Fullerton. There, she was offered the chance to complete a training program that taught her to build telecommunications systems. Miller took the opportunity to continue to learn and support her daughter, and was managing to get by working and, eventually, living with her boyfriend. However her road became rocky again when she found out she was pregnant with her second child at 19. Soon after giving birth, Miller was forced to flee the home she was sharing with her son’s father when he became violent. Once again, she was homeless. 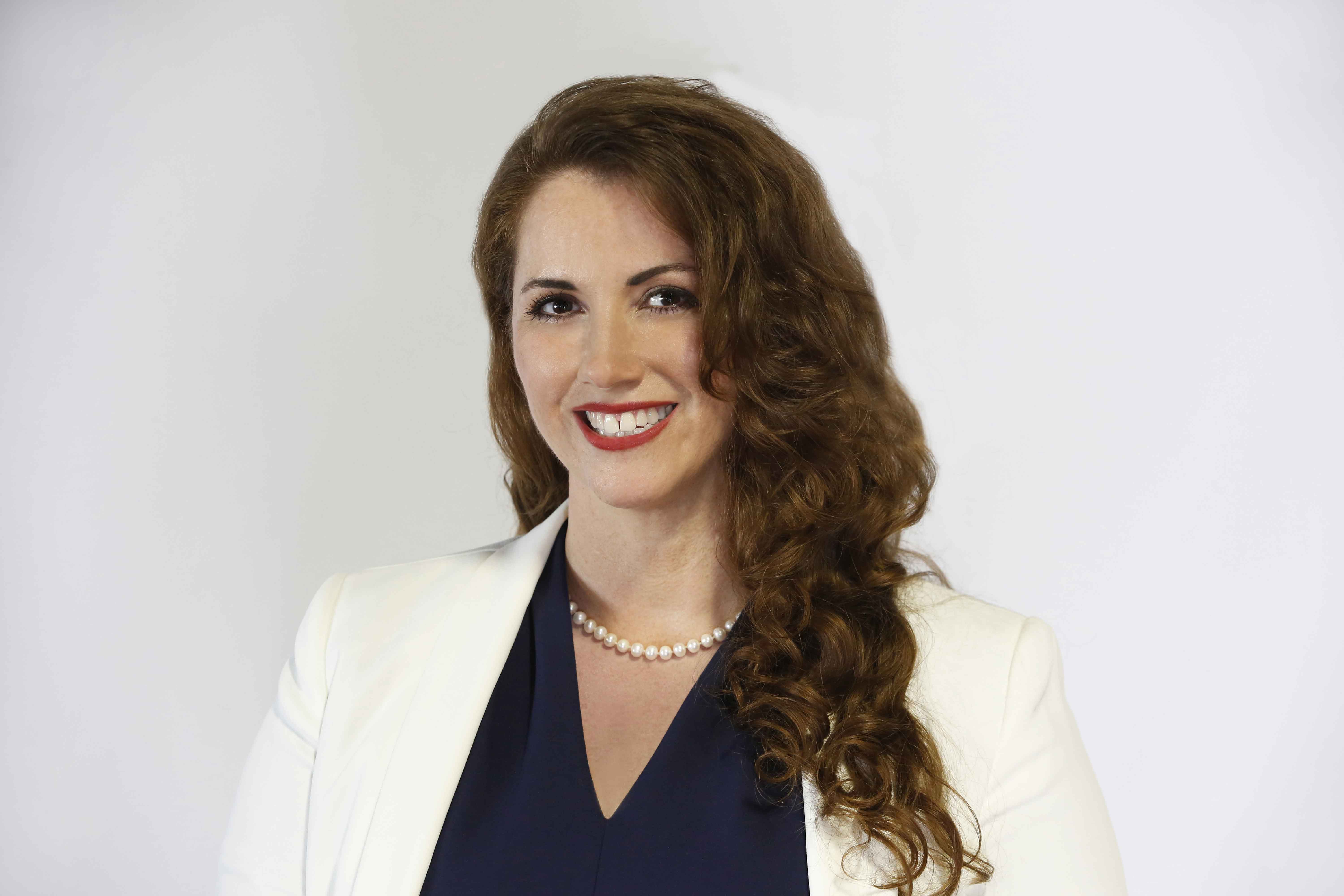 I get to dream things, build things, and help people. I come to work and it’s not work. I have fun every single day doing what we do here.

“So here I was, a single mom, two kids, living in a garage,” she says. “I had applied for grants for childcare, affordable housing, anything I could to get out of the garage and get a stable life.”

Eventually, because she refused welfare and had so little income, she was put to the top of the list for a childcare grant and affordable housing in Costa Mesa.

Once she was settled and her family was being cared for, the still-teenager immediately set to work on earning her college degree.

“I refused to have my children experience the poverty that I lived with growing up; building a stable and happy life for my children is what drove me to keep going, even when the tasks at hand seemed impossible.”

That’s how she found herself, not even 20 years old and with two kids at home, sitting in an intro to economics class and knowing – with complete certainty – that it was the path for her.

“The professor had these graphs up on the screen and I was thinking, ‘these graphs have been in my head since I was a child,’” she says of her first economics class ever. “I fell in love that first day. I was so excited. So at that moment I knew I was studying economics and that was it.” 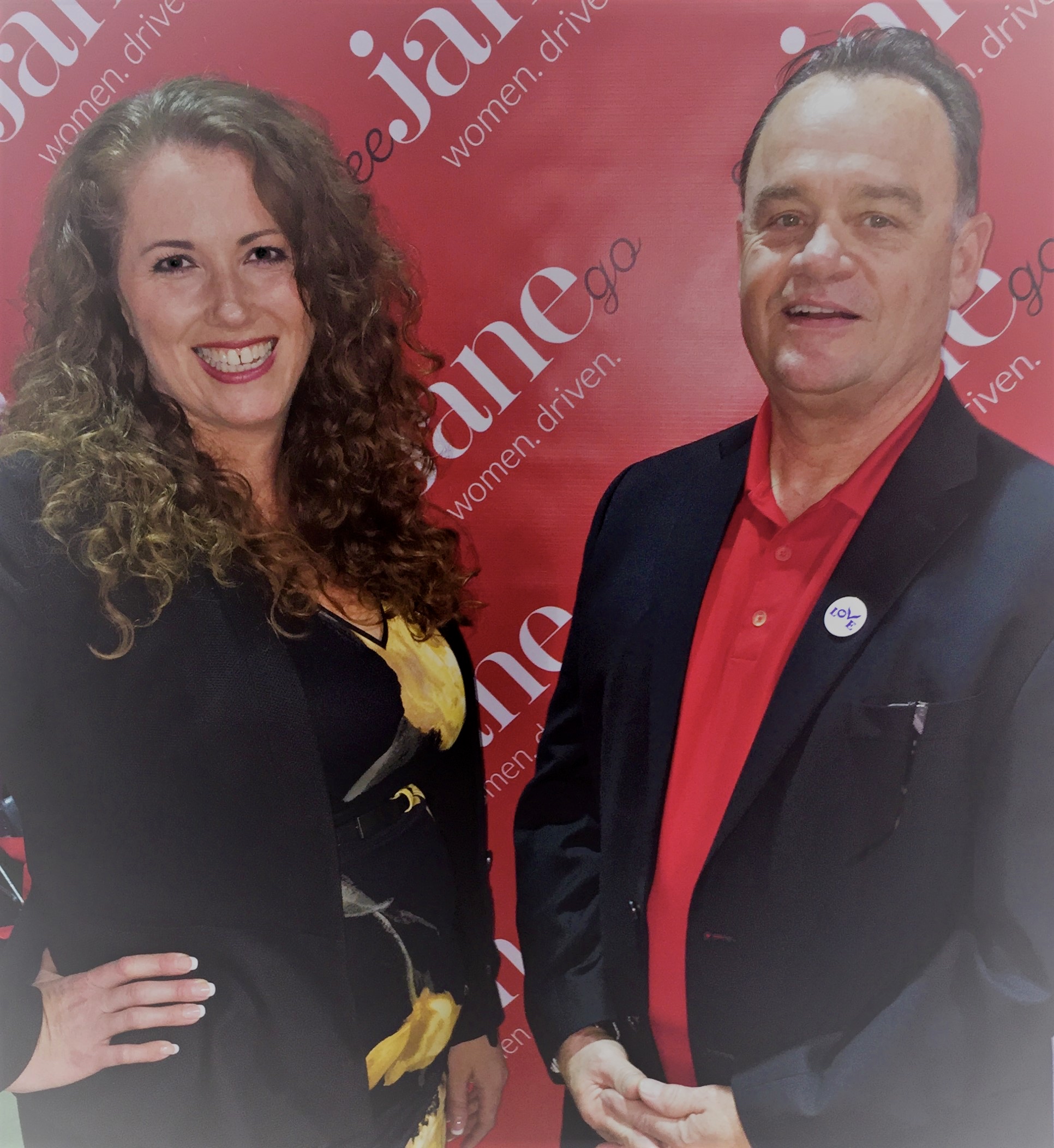 I loved UCI for so many reasons. The professors were phenomenal. I would have questions and go to office hours and the professors would sit and talk through concepts and theories with me for as long as I needed.

After finishing her prerequisites, she transferred to UCI and fell even more in love with economics thanks to the classes and professors. She went on to found her own consulting businesses – she coined the term “business architect” to describe what she does – and has worked for more than a decade building businesses for growth and rebuilding failing ones into lucrative operations. She is quick to credit her UCI education as instrumental in helping her develop the necessary skills to succeed in such a competitive market.

“I loved UCI for so many reasons,” Miller says. “The professors were phenomenal. I would have questions and go to office hours and the professors would sit and talk through concepts and theories with me for as long as I needed.”

She says those talks prepared her for her future career as a business consultant because they helped her gain the confidence to go toe-to-toe with other powerful entrepreneurs. Many of the offices she worked with early on were doctors’ offices, and she had to be able to convince some very intelligent, very educated people that she knew how to run their office better than they did.

“On a higher level with my consulting, those professors helped to teach me to not only ask questions, but ask the right questions of someone who’s very smart,” she says.

Beyond her formal education, Miller owes her ability to save struggling companies to the same tenacity she utilized back when she was a teenage mother struggling to make ends meet. She isn’t one to give up easily, and she loves a good project. It’s one of the reasons she began creating her own companies on the side in addition to her consulting work (she’s got one – Callgistics – on the backburner right now), and it’s what brought her to See Jane Go, her current passion project and a business she thinks will revolutionize the way women experience ride sharing services. With their all female driving team, it’s an option that many Southern California women are drawn to, especially following reports of female riders on other apps being sexually assaulted by male drivers, even as close as Newport Beach.

“I’m thrilled to be a part of a company that is coming out to help women access the freedom of a ride hail service without having to worry about what will happen to them in the car,” Miller says. “With Jane, they can ride without having the stress and anxiety of ‘I’m getting into a car with a strange man and he’s going to see where I live.’ That goes against everything we know, as girls, to be safe.” 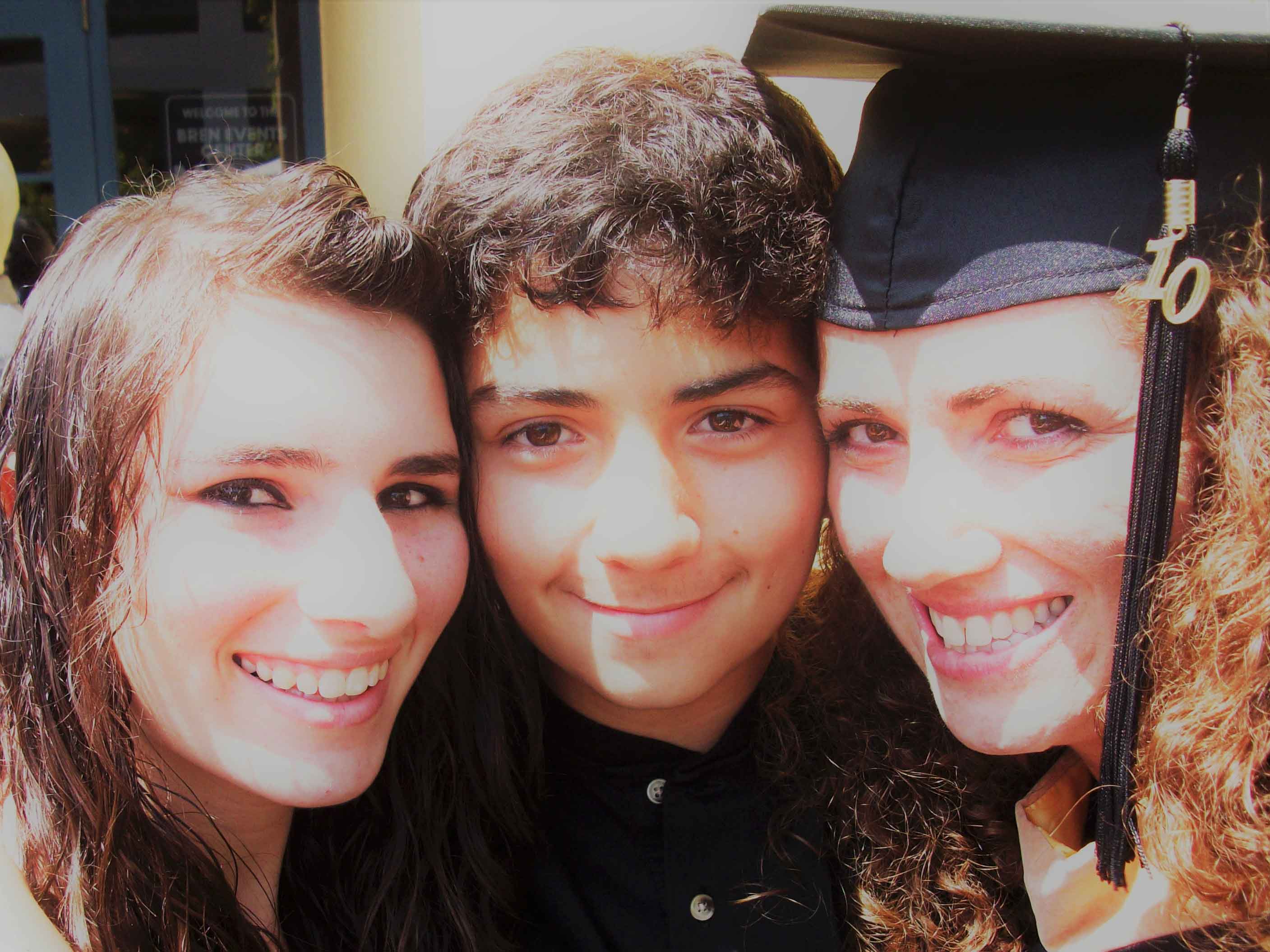 But in addition to protecting women from potentially dangerous situations, it’s a way for Miller to help women drivers make ends meet, some of whom could be struggling as she was all those years ago.

“When I think about it, if I were back in the day and had the chance to drive for Jane and earn some extra money when I didn’t even have money for groceries, that would have been amazing,” she says.

As COO of the company, she’s delighted to be doing what she loves and helping to build a new business from scratch – and she’s got plenty of exciting developments in the works. The company is already operating in Orange County and will be expanding across Southern California by the end of 2017. In addition, there are some plans that will be announced in the coming months that Miller says will really set Jane apart from the competition. The main mission of the app, however – and the backbone of any company she is a part of in the future – will never change: helping people.

“I always have some idea about how to make things better for businesses and for people,” she says, “and that’s really what we do as businesspeople. We help to improve the lives of others by solving problems, and I think that’s a really noble cause.”