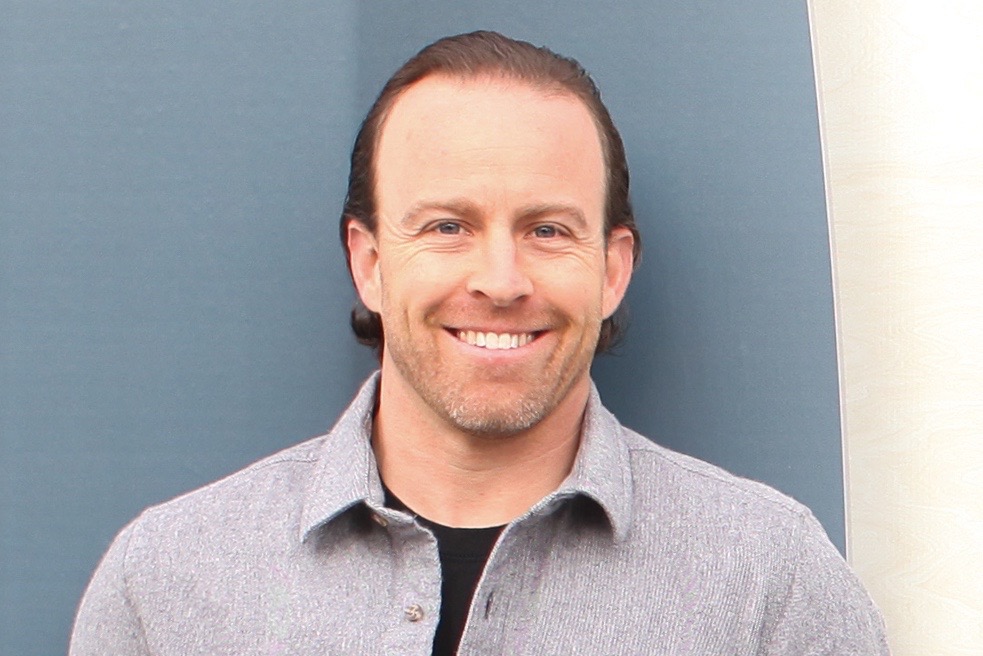 In an instant, Aaron Anderson’s entire world was changed.

The Humvee he and his Special Forces team had been riding through the Afghan desert was hit by an IED, ejecting Anderson and his comrades from the vehicle.

“I knew what had happened almost immediately,” he says. “As I was suspended in the air, I didn’t know if I was going to survive.”

But he did. Despite the force from the blast and the subsequent gunfire, he made it through that day. He was seriously injured, but the realization that he was alive was a profound and life shifting moment.

“When I hit the ground all the air escaped my lungs, but when I realized I was still alive, it was like, ‘OK. Everything is good.’”

The international studies alumnus and MBA student has been sure to, in his words, ‘live as richly as possible’ since then.

He’s founded the Green Beret Foundation, a nonprofit dedicated to helping Special Forces soldiers and their families. He was called out by name during then-President Obama’s 2014 UCI commencement address, and later met face-to-face with the Commander in Chief to discuss foreign policy and veterans’ issues. He’s gotten married, started a family, and now works on the trading floor at PIMCO, a global investment management firm.

And though the path he’s taken looks very different from anything he expected prior to that day in Afghanistan, he’s used that experience to motivate him to make the world a better place than he found it.

Anderson grew up as a rebellious Southern California teen—a far cry from the “quiet professionals” who are Army Special Forces soldiers. Familial issues—including a less-than-present father and a mother who was battling cancer—led to acting out and eventually being kicked out of the house.

“It was tough love, but as a single mother I think that is the best thing she could have done for me,” he says. “If she hadn’t I probably wouldn’t be the man I am today. I wouldn’t have had to chart a different course.”

Eventually, he got his act together. He finished high school, was attending community college, and was working toward a career in the music industry. Then Sept. 11 happened.

Joining the military immediately following a harrowing terrorist attack is something few people have the courage to do. But a desire to test his mettle combined with his personal convictions made the decision clear to him. By the end of October 2001, Anderson enlisted.

He jokes that when the Army recruiter first mentioned the Green Berets (another name for Army Special Forces soldiers based on their unique headgear), his first thought was of the famed fictional character, Rambo. But a bit of research revealed the level of intelligence, as well as the physical and mental toughness, required for the job, and he felt up for the challenge. He had aspirations to eventually serve in other elite special operations units in the Army. But four and a half years into his service, the IED in Afghanistan cut those dreams short.

“I remember the conversation we were having right before we were hit. We were joking about how everyone on the vehicle was from California at some point or another, including our interpreter who was born in Afghanistan. And in a split second—boom.”

The Green Beret who had been driving, a 19-year veteran who would have retired after that deployment, was killed. He had traded seats with Anderson before they set out on their mission that morning.

“If we hadn’t switched places, I wouldn’t be here,” he says.

His life was spared, but Anderson was badly wounded by the blast. He nearly lost his left leg and his right foot, and spent seven months in Walter Reed Army Medical Center undergoing dozens of surgeries. As soon as he was able, he returned to his unit. But the realization that his injury was going to prevent him from being able to do the same job or continue on the same career path forced him to make the difficult decision to leave the military.

“I really wanted to push myself,” he says. “I wanted to go further in Special Forces and I knew I wasn’t going to be able to do that. So I figured I could go out into the civilian world and do other things. I didn’t really have any big plans—I just decided to try to make the most of it.”

And make the most of it he did. As he transitioned back into civilian life, he began to think about his experiences at Walter Reed. He thought about the other injured soldiers, their families and the struggles they faced. While he’d been at Walter Reed for those seven months, Anderson noticed a particular lack of funding and resources when it came to helping veterans and their families during transitional phases—whether that meant dealing with injury, illness, or a return to civilian life. So, he decided to take matters into his own hands, and in 2009, the Green Beret Foundation was born.

Some of the Green Beret Foundation’s first projects are the ones that stand out the most for Anderson. For instance, a friend of his was unable to conceive a child naturally because of injuries sustained on the battlefield. The government would not cover the full cost of in vitro fertilization, so Anderson made it his passion project to fund the procedure. That family’s child has been endearingly referred to as the “GBF baby.” Another friend of his has been wounded four times in combat and has seven children to support. The Green Beret Foundation has provided college scholarships for several of his kids.

Foundation support can be granted in multiple ways. When a Green Beret is wounded, the GBF sends them financial resources to address the immediate needs, and a rucksack of necessary supplies for their stay while in the hospital. Soldiers with more severe injuries can apply for specialized treatments that the foundation will directly finance, such as stem cell procedures in other countries. Wives and family members of Green Berets that are killed in action may receive help with funeral costs (those not covered by the government), take part in “reconnect weekends” to spend time together as a family away from the stresses of daily life, as well as a network to help them through whatever challenges they may be facing.

“The things that happen to these guys overseas, their families have to deal with that, too,” Anderson says. “So you can’t just put them in a microcosm.”

In the seven years since he founded the organization, he’s slowly transitioned from a central role to a more supportive one. He didn’t want to become the face of the GBF or become overly involved to the point that it took over other aspects of his life. Instead, he is strategic about the engagements he attends and is available to answer questions or needs from the board as they arise.

“This is the Special Forces community’s foundation—this isn’t the Aaron Anderson foundation,” he says. “It is all about something bigger than myself and that’s why I think it’s become so successful.”

In 2015, the GBF allocated more than $1.8 million toward the health and wellness of the Special Forces community and saw 87 percent of every dollar spent go directly to support of that mission. Anderson promises to do even better this year.

Now, his focus is on his family, his career at PIMCO, and school—he just started his MBA program at UCI in September. But the veteran community is never far from his mind. He currently serves on the PIMCO Veterans steering committee doing community outreach and helping veterans within the firm with professional development, and last year he began partnering with Vice Chancellor Parham’s office and the UCI Veterans Services Center to bring veteran resources to the UCI campus. Just this summer, he was involved in organizing an on-campus veteran talent recruitment boot camp for HR professionals. Spring 2017 saw two more programs aimed at making veterans successful in their post-military careers; a resume-writing workshop and a job fair.

“I like to get involved with things that are results oriented—that have a tangible end state,” he says. “What we’re trying to do with these programs is tangible—we want to get veterans in the workplace and I want our school to be an institution that’s a great place for veterans to go and grow. It creates increased diversity on campus, which is something I already love and respect about UCI.”

He also encourages the UCI community—particularly students—to be more open to interacting with the veterans on campus. When he arrived here for his undergraduate degree, he was close to 30 and found the attitudes of the less tactful 18-year-olds to be frustrating (“you don’t ask a veteran how many people they’ve killed”). But he wishes that more of his classmates engaged with him in a genuine and thoughtful way.

Anderson maintains that mindset even now. He is constantly learning, growing, and trying to better himself—he says it’s the way of the Green Berets to always strive for the best. Still, it’s remarkable for someone who has gone through so much difficulty in his life to maintain such positivity and motivation. But he says it’s in fact because of those difficulties that he is the person he is today.

“You have a choice. You can let the things that happen to you tear you down, or build you up—there’s no in between,” he explains. “I want to live a life where I am constantly making the choice to take the hard right over the easy wrong. It’s exactly why I went into the military; to make the world a better place, but also to make myself a better person.”