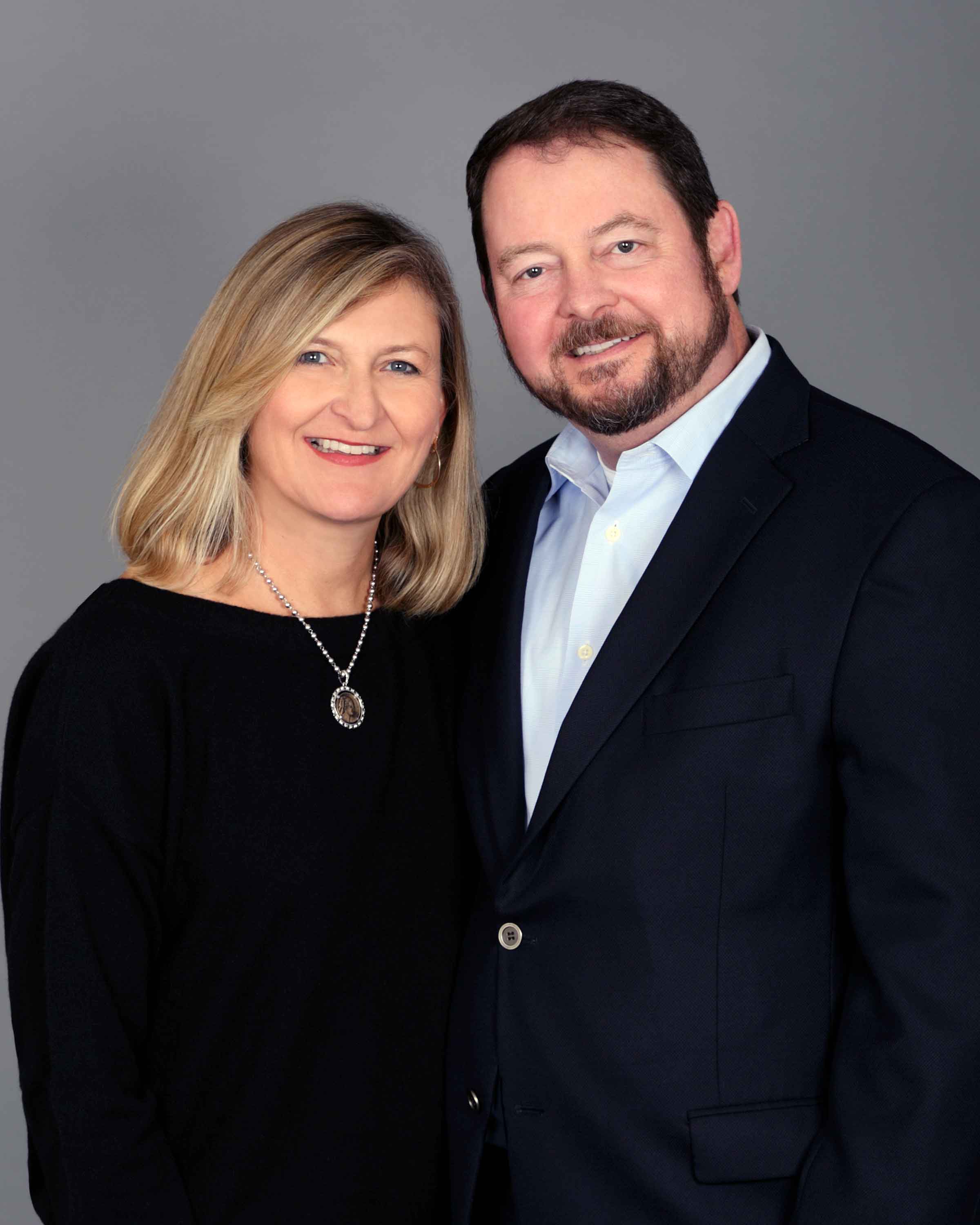 It’s said that opposites attract. But a quick look at husband and wife duo John and Michelle Williams will reveal more similarities than differences.

The two met as UCI students and are both proud political science alumni—he graduated in ’85 and she in ’87. They both made the switch from biology to political science at the end of their sophomore years (in Michelle’s case, to the chagrin of her parents). Each later went on to careers in law; he is currently a partner at the firm of Gibson, Dunn & Crutcher, and she worked in the world of D.C. politics before choosing to focus her time on charitable efforts. They share passions for philanthropy and the outdoors (particularly fly fishing with the family) and recently, as a couple, took on the role of co-chairing the School of Social Sciences Dean’s Leadership Society (DLS). The cherry on top of this power couple sundae is their most recent joint achievement—being honored as the 2017 Lauds & Laurels Distinguished Alumni from the School of Social Sciences.

This isn’t a school that is stagnating or happy to just rest on its laurels. It’s evolving and changing at exponential levels. And that’s something that people want to be a part of.

It’s a recognition that’s deserved, particularly given the Williams’ recent efforts with the DLS. As co-chairs, their goals for the school can be whittled down to two things—community engagement and development. And it’s something that Michelle believes will happen organically once people are exposed to the extraordinary things our students and faculty are doing.

“This isn’t a school that is stagnating or happy to just rest on its laurels,” she says. “It’s evolving and changing at exponential levels. And that’s something that people want to be a part of.”

If one looks at the path the couple has taken to get to where they are today, it becomes evident that this organic growth tactic is one they’re familiar with—both personally and professionally.

In terms of their relationship, the two were close friends before they began dating. Both active members of ASUCI (John ran for president and Michelle served as executive vice president), they were also part of the same student lobbying group that traveled to Sacramento to meet with campus representatives. It was on the 10-hour van ride to the state capital that Michelle says they first became friends and, after letting the friendship develop for six months, John eventually did ask her out on a date—to a UCI basketball game. He says that game, their first time out as a couple, is still one of his fondest memories at UCI.

After college they both moved to Washington D.C. for different ventures. Michelle had participated in the UCDC program as an undergrad and snagged a position as a political appointee for the Reagan administration. John took a position at the nonprofit Council for Court Excellence before deciding to pursue his law degree. But even long after they had established themselves as an item, they were both focused on school and their budding careers rather than rushing on to the next phase. They let the relationship evolve naturally, and both agree that it helped them build a very solid foundation for their marriage. 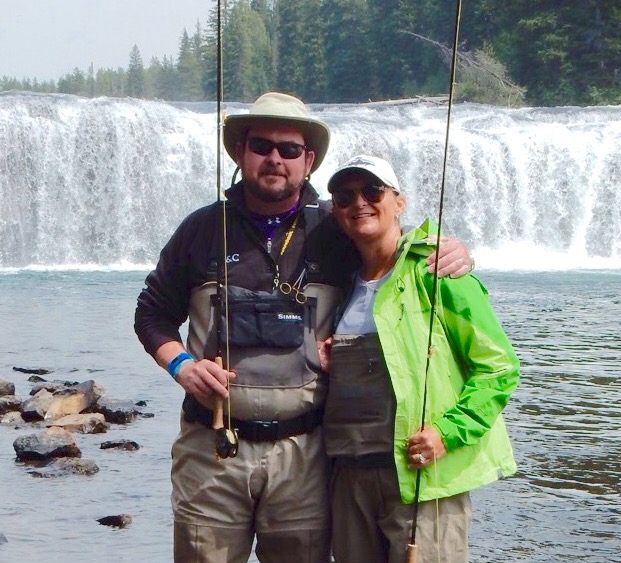 At one Fodada event, dads got to build robots with their kids with UCI’s Department of Cognitive Sciences and the Cognitive Anteater Robotics Laboratory (CARL)

This relaxed and open approach has helped them thrive as a family (they now have three sons), and is critical to their ability to work together as DLS co-chairs. John also notes that mutual respect is key. But they don’t foresee too many disagreements as they move forward with the School of Social Sciences. Both are thrilled at the opportunity to work with old classmates, community members, and faculty who, in Michelle’s case, changed the course of her future.

“Before I took [then] dean Schonfeld’s Intro to Political Science my sophomore year, I was intensely focused on biology—I was just taking the class to fulfill a requirement. But during that first class, it was like everything changed,” she says.

The “no smoking” lecture, as some of Schonfeld’s former students know it, began with the now-professor emeritus entering the lecture hall, standing in front of a “no smoking” sign, and lighting up a cigarette. Though this would surely violate several health codes nowadays, the message that it and the rest of the lecture sent regarding personal freedoms and the societal restrictions imposed upon the public convinced Michelle to completely shift gears academically. She dropped biology for political science later that year, and the rest is history.

I think the significance of a major university right here in the middle of Orange County is often lost on people. It’s so important to the continuing development of the county and the business community.

She says that getting to interact with her former professor now feels very full-circle—she even recently told him how much of an impact he had on her life. But as much as she and John enjoy taking a trip down memory lane, they’re even more excited for the future of the school—due in large part to dean Bill Maurer.

“Frankly, it’s a privilege to be able to work with him because he’s not only one of the smartest people I’ve ever met but he has this dynamic personality that people are immediately attracted to,” John says.

Both John and Michelle note how Maurer’s ability to be an academic but remain approachable is a huge asset to the school, because it engages everyone—exactly what a growing institution needs. In addition, John cites broader community events like the Lunar New Year celebration as “exactly the kind of thing I love to see the school doing,” because it exposes the university to a much wider audience.

“I think the significance of a major university right here in the middle of Orange County is often lost on people,” he says. “It’s so important to the continuing development of the county and the business community. So if I can help to enlighten people about the great things that are being done in the School of Social Sciences at UCI, I think that’s a great thing as well.”

It’s for this reason that John hopes to recruit not only alumni, but other community members to the school’s cause. “Because whether you are an alumnus or not, UCI is a very important part of our local community.”

The biggest motivation for Michelle and John, and why they are having so much success as co-chairs of the DLS, is that they truly believe in the School of Social Sciences and UCI. They are both believers that education is the key to making a positive impact on the world, something they’ve demonstrated through their longtime support of the Boys & Girls Clubs of America, the Ocean Institute, the Boy Scouts of America, and St. Margaret’s Episcopal School. And that passion for education formed during their undergraduate years.

They have such a strong tie to the university that it’s impossible to not be influenced by their enthusiasm. And though they have several other alma maters between them, UCI gets the bulk of their attention because their years here were so formative. They are both grateful for the opportunity for a first rate education that was accessible for their families financially, for the lifelong friends they made (many of whom are in the DLS as well) and, of course, the chance to meet each other.

“For all the things we’ve accomplished with our family and professions, we always feel like gosh, we are just two kids from UCI,” Michelle says. Two kids who just want to give back to the school that gave them so much.