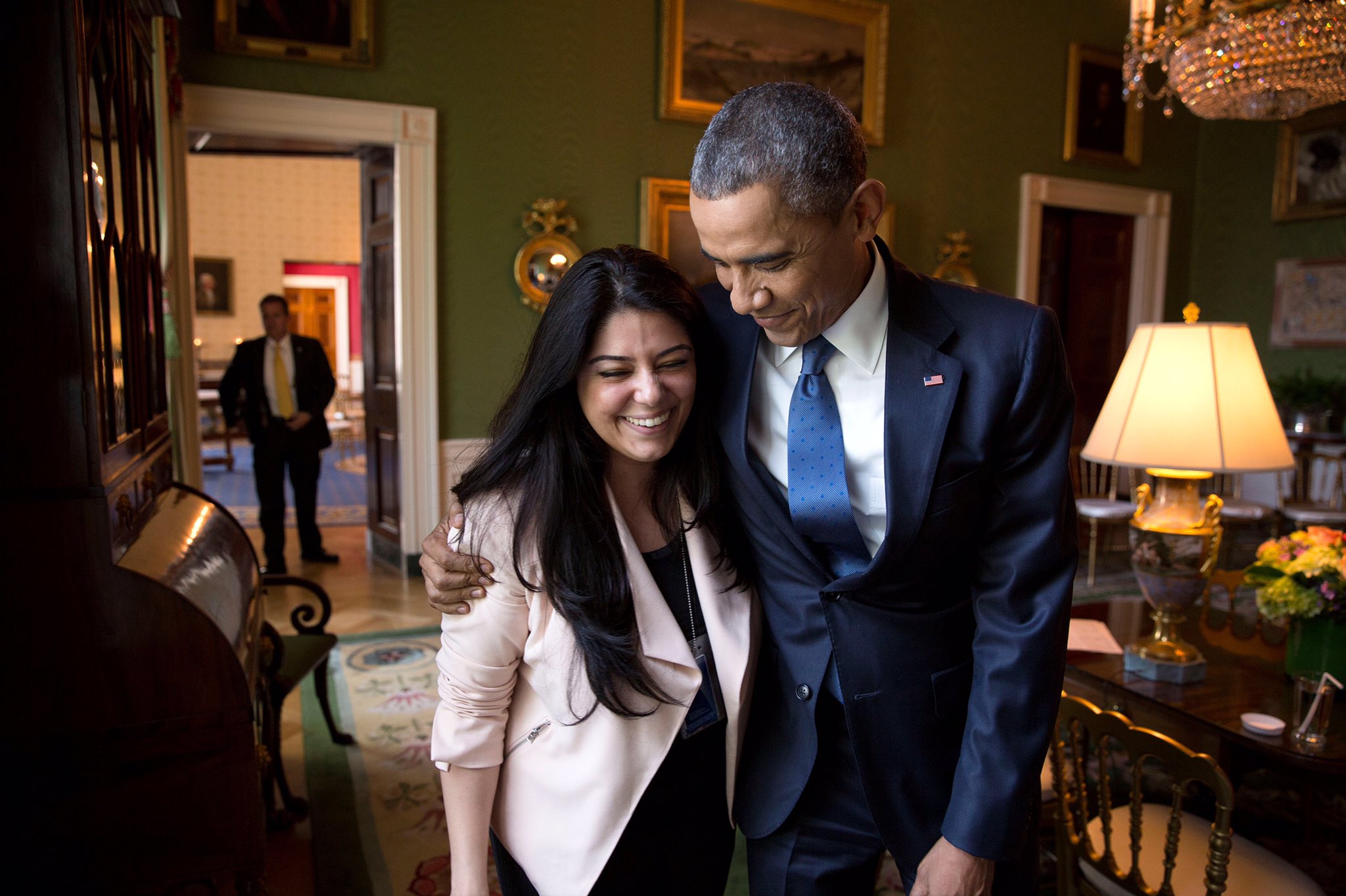 She met the pope and Miss Piggy, kept then-President Obama on schedule and taught the leader of the free world how to “Zot!”

For three years, UCI alumna Ferial Govashiri was a whirlwind at the Oval Office, where she served as the commander in chief’s personal assistant and occasional chess opponent.

On Jan. 20, she returned to civilian life and began plotting her next act, which includes writing a book, although not about what you might expect. But first, she’s taking a breather.

“It still hasn’t hit me that the job ended,” says Govashiri, a 2005 political science graduate. “Even now, if I take a nap, I wake up in a panic, wondering ‘Where’s my phone? What have I forgotten to do?’”

The adventure began in 2007, when her bosses at a Pasadena political consulting firm recommended her to one of their Chicago office’s clients – a senator named Barack Obama. At the request of his staff, Govashiri “flew to Iowa and did a rally there. Then I was invited to New Hampshire and then to South Carolina. Finally, I said, ‘I have to go home to Laguna Hills to get new clothes.’”

Soon, the Iranian-born Anteater was helping to manage the future president’s campaign advance team. After the election, she segued to a post at the National Security Council, where her duties included planning Obama’s foreign trips. In May 2014, she became his personal aide, sitting at a desk right outside the Oval Office.

From that vantage point, camped beneath an oil painting of the Statue of Liberty, Govashiri directed traffic, steering a parade of politicians and luminaries into and out of the president’s orbit.

She obsessively eyed the clock to keep Obama on time, set up his phone calls and scrambled to ensure that he had all the documents needed for meetings.

“There were days I felt like mission control,” Govashiri says.

The job had its quirky moments, such as playing chess with the president, meeting Miss Piggy (who stopped by for a Christmas ceremony), watching Obama test a pair of virtual reality goggles and getting bombarded with letters – many from prison inmates – seeking Govashiri’s help. She also once crashed a private meeting between the president and Pope Francis to let them know the pontiff was late for his parade. Other incidents on Govashiri’s highlight reel include:

It isn’t often you get a front seat to history.

Now that her boss and colleagues have scattered to make way for a new administration, Govashiri hopes to move back to Southern California and find a career in which “media and technology intersect.” She also wants to write a children’s book about the history behind some of the monuments in Washington, D.C.

In the meantime, Govashiri has signed up with a speakers’ bureau to give talks about her West Wing exploits and the lessons she learned along the way. Working in the White House will be a tough act to follow, she says: “It isn’t often you get a front seat to history.” 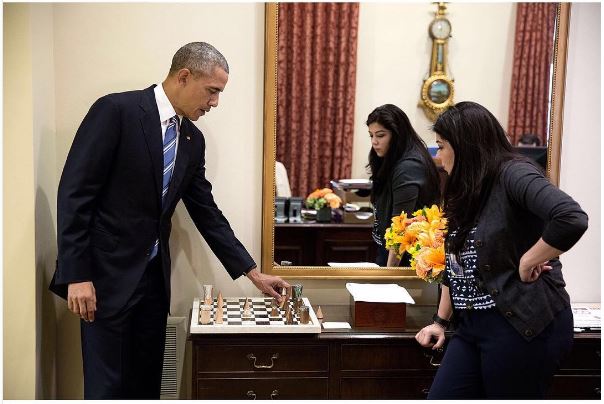 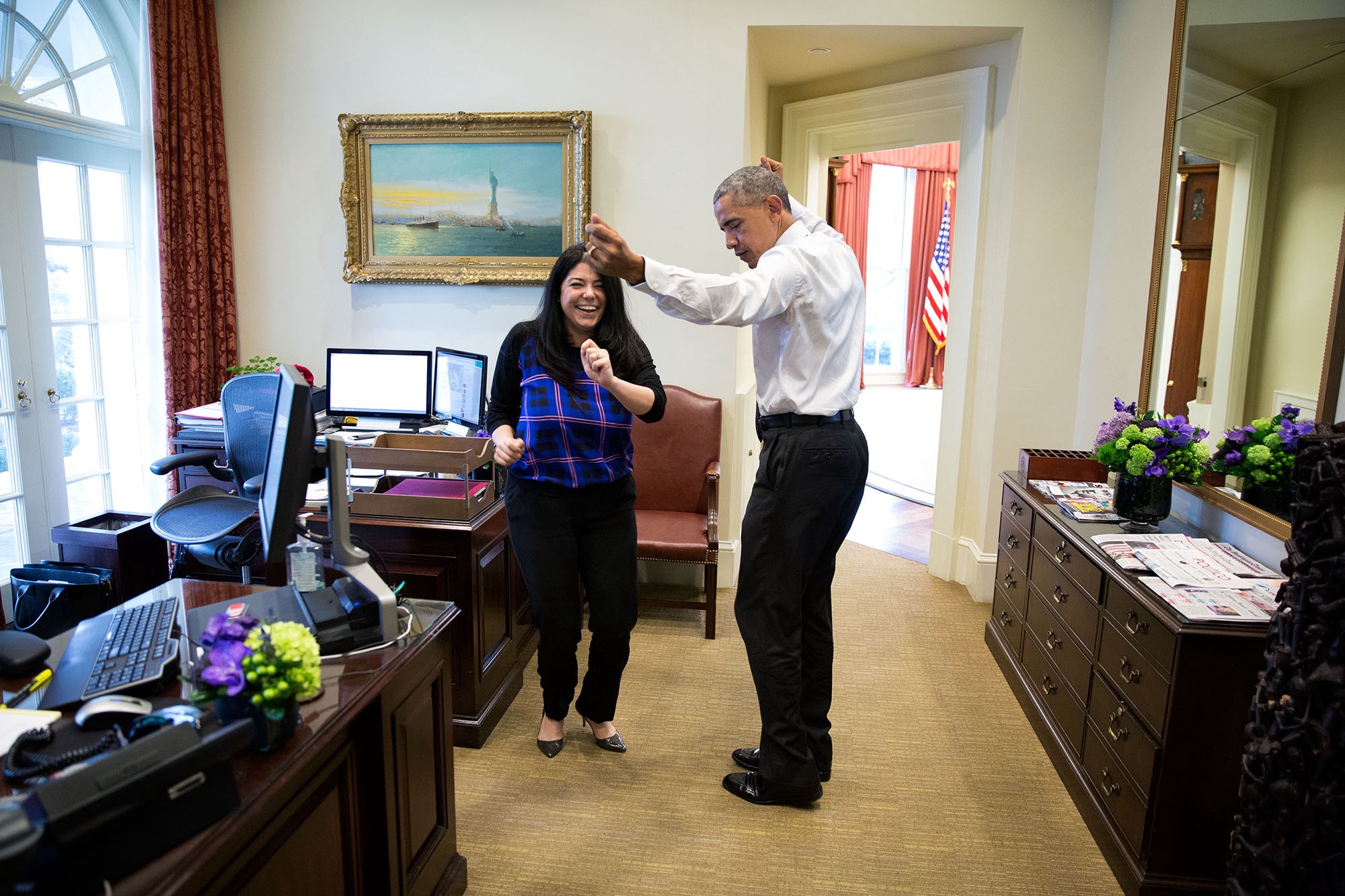 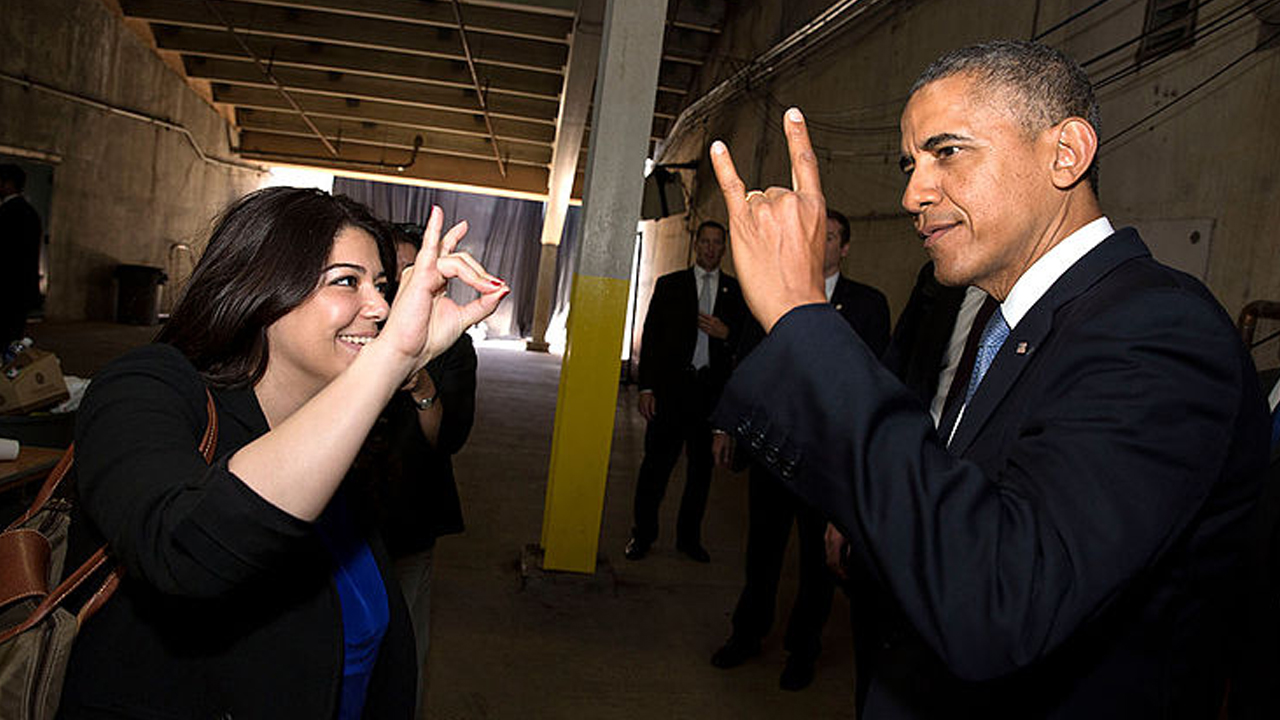 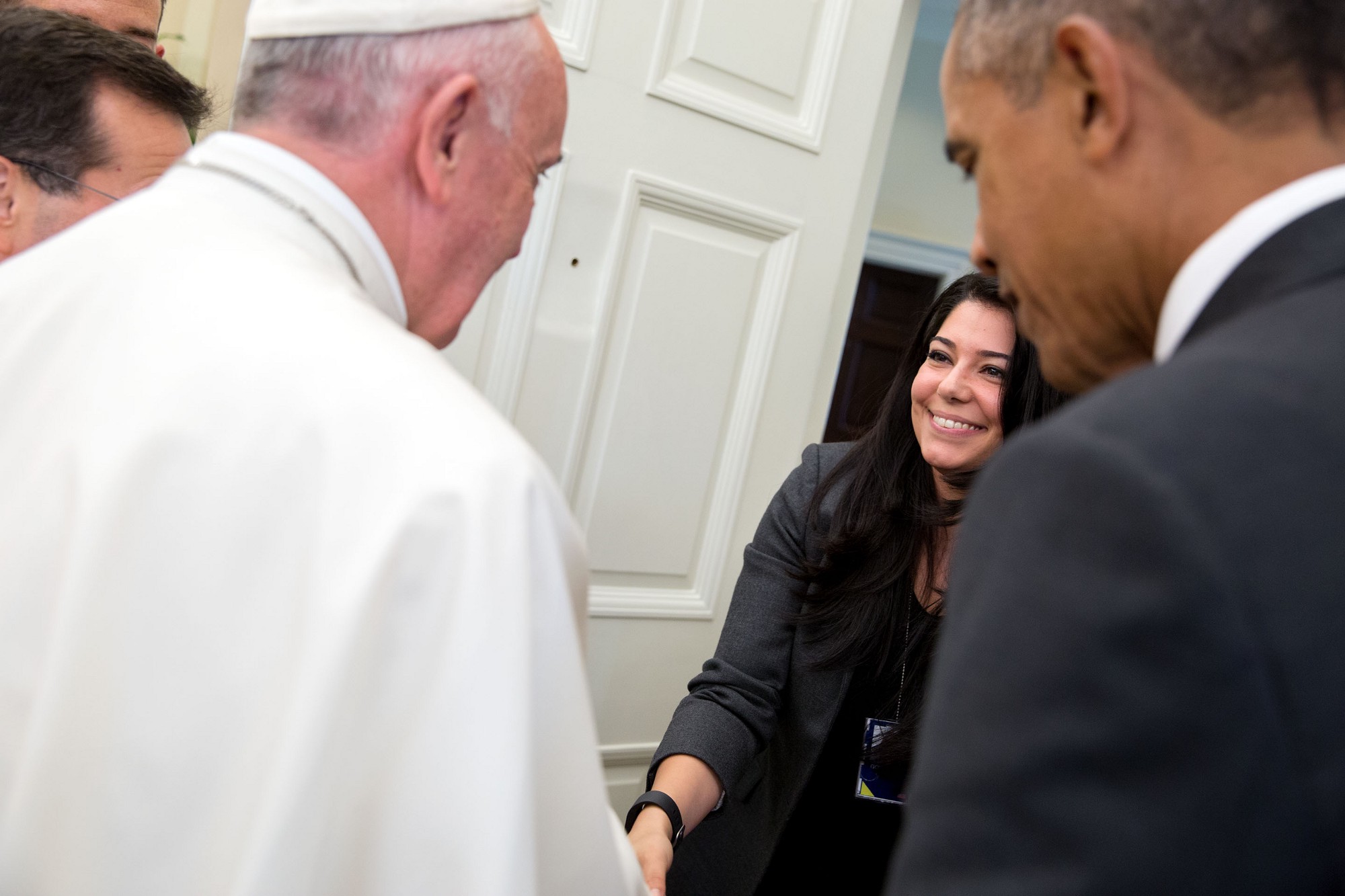 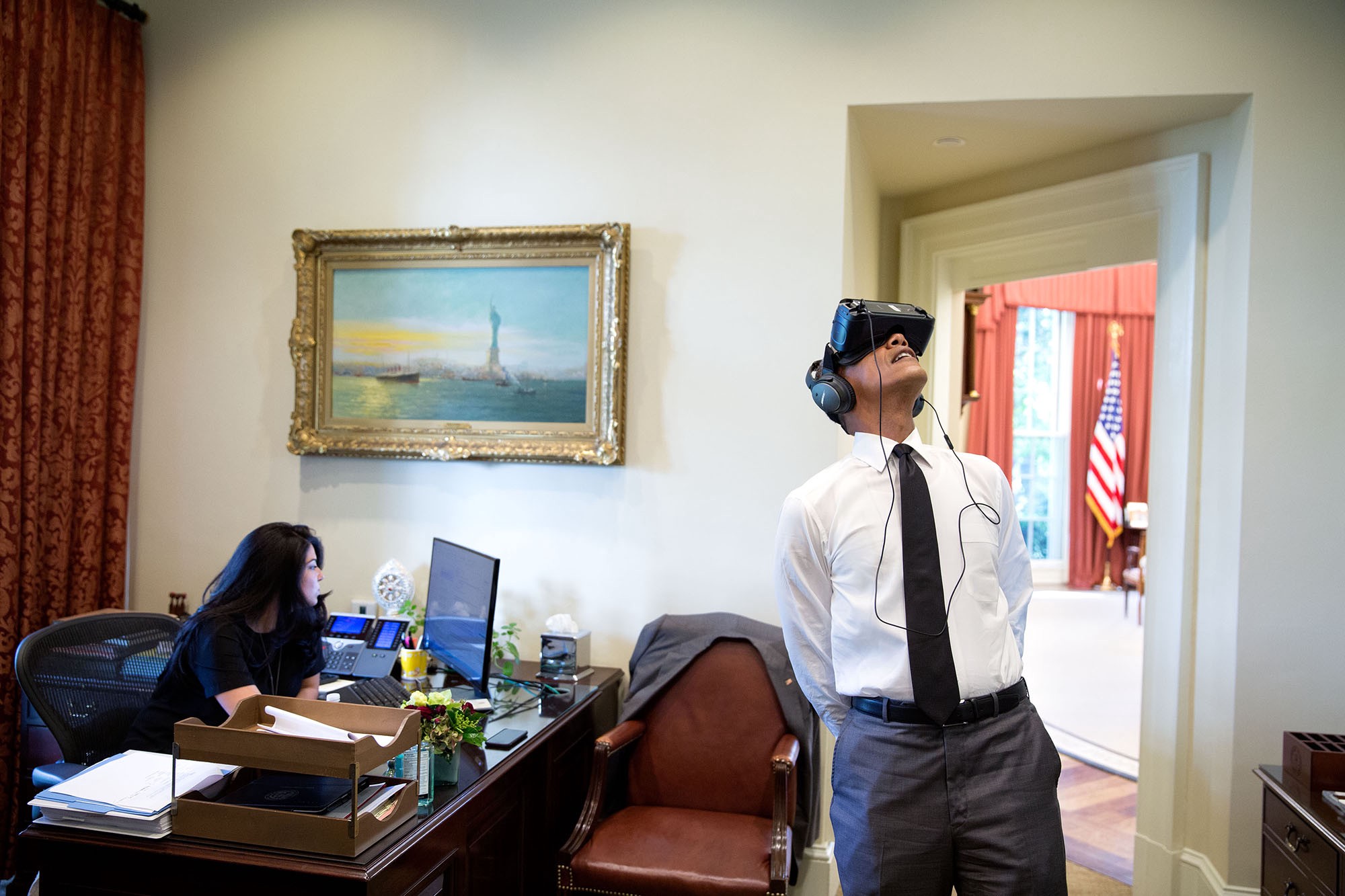