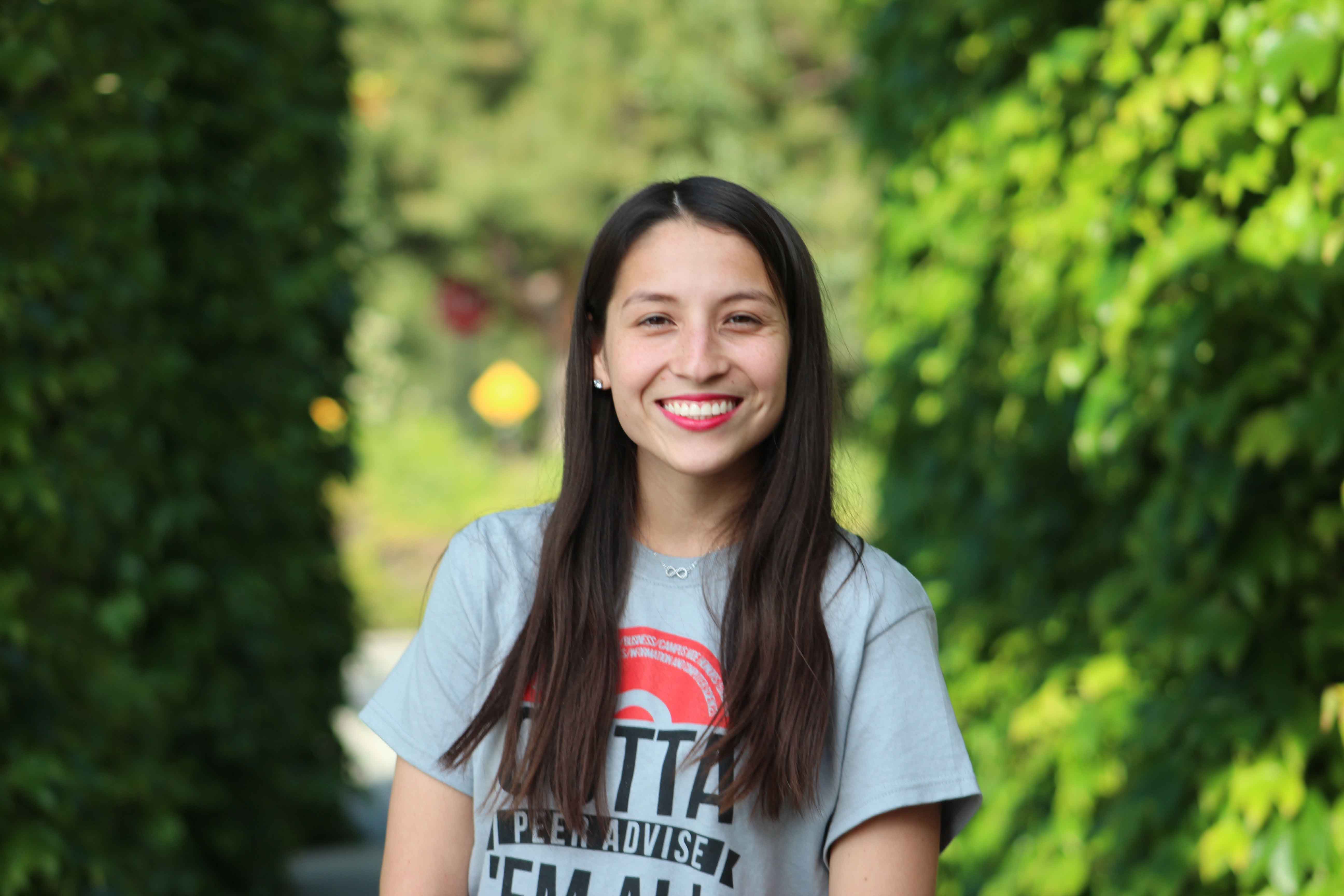 Yareli Castro Sevilla has never been shy about sharing her story. As a young immigrant who has found success and persevered through many challenges on her way to a diploma (she’s graduating with a degree in political science and history this June), she feels a sense of duty to those who have gone through similar struggles to speak out.

And though she is a bit nervous as she prepares to face her biggest audience yet—as a student speaker at the UCI School of Social Sciences 2017 commencement ceremony—she feels ready to convey her message to her peers one last time.

“We need to be doing something—we have college degrees, and that’s something that some of our parents don’t have and it’s something that some people within our communities can’t have,” she says. “So we must put ourselves out there for those who can’t.” It’s a message she can stand behind—she’s been nothing if not an active member of the UCI community and has been “putting herself out there” for the immigrant and undocumented communities for years.

Castro Sevilla has been a fierce advocate for undocumented student rights on campus since she arrived as a freshman, and has found her voice rallying for such rights and additional resources from the university.

Her involvements at UCI have been dedicated to taking action for causes she believes in, and she has participated in a plethora of on-campus organizations throughout the years, including DREAMS at UCI, Anteater Ambassadors Network, and ASUCI. She’s even tried her hand at research, having completed a study on the undergraduate student experience at UCI as part of her political science honors thesis. And she has no plans of slowing down. It’s no surprise that her enthusiasm for her education and public service have earned her a place at Yale University, where she will head this fall to pursue graduate studies in history. But her accomplishments have not come without struggle.

A first generation college student, Castro Sevilla found that navigating the ins and outs of campus life as a new student was especially complex. But it was a feeling she was familiar with. After moving from Sinaloa, Mexico to Southern California in 2005, making the adjustment to life in a new country was challenging.

Her quick learning and strong math skills eventually caught the attention of her teachers, and Castro Sevilla was completing advanced courses within a couple of years. She kept that momentum going throughout high school, and was thrilled when she found out she was admitted to UCI. However, when she arrived on campus, she found that there were few resources for immigrant students like her. Frustrated with having to go from department to department searching for someone who would know how to help her, Castro Sevilla decided to take matters into her own hands.

Her first request was for the university to hire a point person who could be the main contact and expert resource for undocumented students on campus. By the end of her freshman year, they had made that request a reality with the hiring of the first UCI Dreamers coordinator, who has proven to be a tremendous asset to UCI’s undocumented student population.

According to Castro Sevilla, the Dreamer’s coordinator helps get students access to study abroad programs, assists with financial aid, and gives presentations both on- and off-campus to educate others on the needs of undocumented students. She was also a resource to Castro Sevilla with her undergraduate research, which assessed the campus climate for undocumented students at UCI by looking at it through four different lenses: deferred action for childhood arrivals, finances, social and emotional factors, and civic and community engagement.

This project, which she completed under the guidance of professor Louis DeSipio, was meant to prepare her for a future defending immigrant rights as an immigration lawyer. But after taking courses in UCI’s School of Law last quarter, Castro Sevilla realized that her passion lay elsewhere—behind her. She realized that her success was a culmination of the hard work of those who came before her—from family members’ sacrifices to protestors and activists who made her being at the university a possibility. So, she made the choice to pursue a career as a historian, specifically studying Latin American immigration to the U.S. 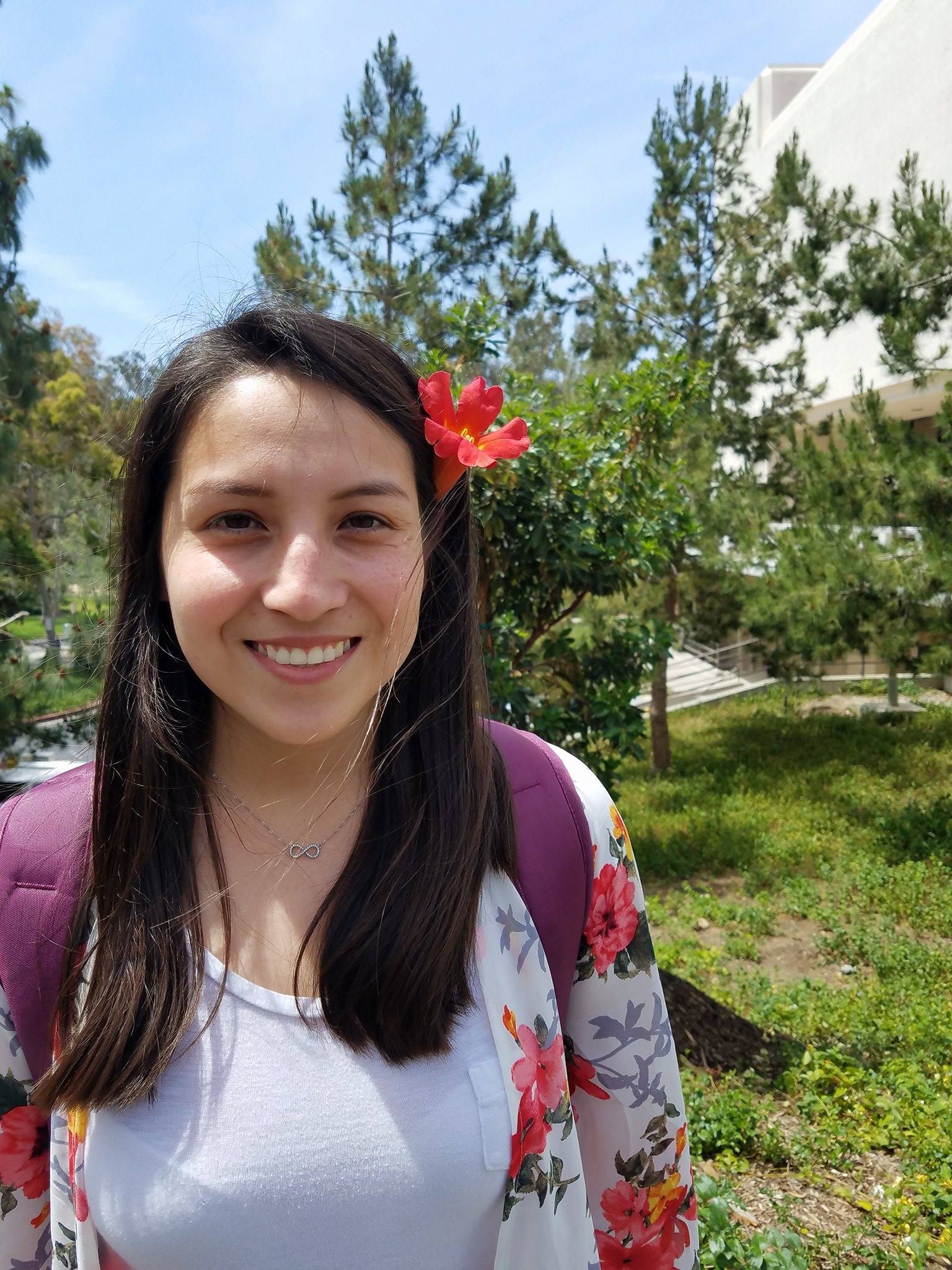 “I really want to dig up stories of people who have migrated from Latin America. The reasons they did it, their treatment here, how they did it, how they survived, and how they uplifted themselves and the communities they created,” she says. “I feel like when people come here and they don’t have a status, that’s all people see. Being a human being is clouded by their undocumented status. And so I want to use my writing as a historian to put these people at the forefront.”

Though she knows the education she will be receiving at Yale will be top-notch, she admits that she was hesitant to move so far away from her family who reside in California. But once she heard about faculty activism that goes on at Yale and knew that there were professors engaging in the same kind of social movements that she believes in, she felt much more confident in her decision. Particularly, she says, after having such incredibly supportive mentors at UCI.

“I’ve had great mentors and powerful women role models here,” she says, noting Vicki Ruiz, Distinguished Professor of history and Chicano/Latino studies, who has offered valuable guidance in regards to graduate school and a listening ear whenever Castro Sevilla needed one.

She served as a peer academic advisor in the School of Social Sciences, and the feeling of helping other students, especially those from backgrounds like hers, has fed her desire to help others in tangible ways. She says that once her career as a historian is over, it’s her dream to open a school specifically for undocumented immigrants. Before that, she also wants to teach at the community college level.

“A lot of people ask me why I want to teach community college,” she says. “But for a lot of undocumented and low income students, that’s their first step if they can’t afford a Cal State or UC,” she says. “I feel like that could be a starting place where I can build people up and send them to great places.”

It’s obvious to her UCI peers and faculty that Castro Sevilla is doing much more than just “helping” already. She has enacted real change in the way the university approaches undocumented students. And with her new plan to delve into the history of immigration and share immigrant stories with the world, she will surely be challenging the status quo for the foreseeable future.

“My goal with earning a college degree is not to make money. It’s to help people,” she says. “So my speech is definitely a call to action for people to get involved and use the power of their degrees to advance others.”