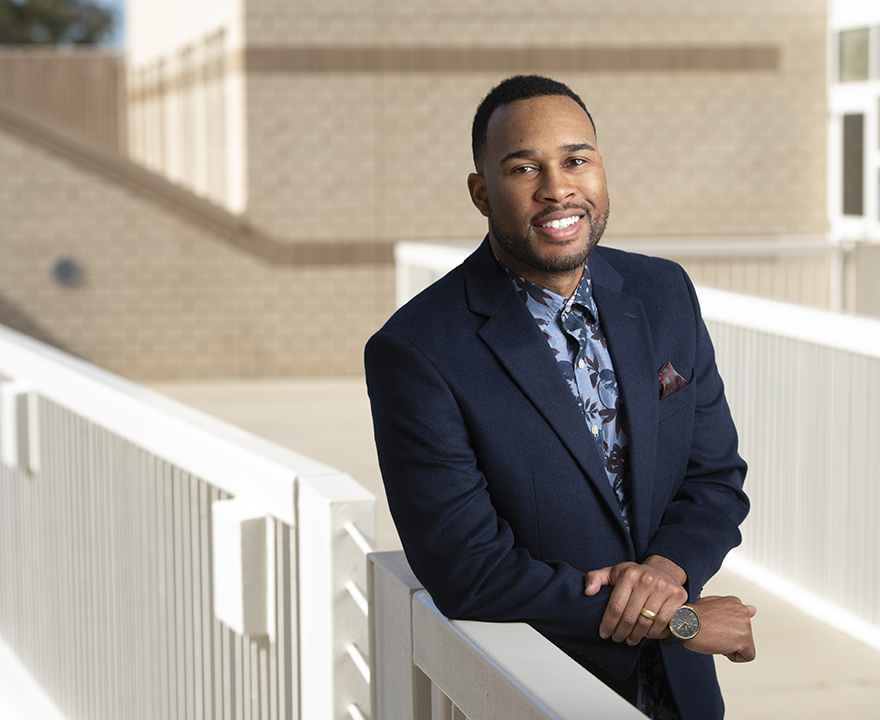 
As we mark Juneteenth, UCI political science associate professor Davin Phoenix's reflections on the link between Black commemoration and pride and his important research on political engagement illuminate how our links to larger struggles for justice build collective resilience and motivate the march toward justice.

“It’s been a year since Juneteenth became a federal holiday in the United States. This official designation was part of the wave of gestures taken by political and private institutions in response to searing calls for racial justice spurred on by the May 2020 murder of George Floyd by Minneapolis police. A commemoration of the date of June 19, 1865, when enslaved Black people in Galveston, Texas received word at long last of their freedom—about two months after the Confederacy surrendered, and more than two years after the Emancipation Proclamation was signed into law—Juneteenth has been marked with reverence and celebration by Black American communities long before its recent attainment of national recognition.

Juneteenth holds a unique place in the African American mythos because of its apt representation of the Black experience in the United States. The date is both a historical testament to the resilience of Black people and a sobering reminder of the exhaustive toll of justice delayed and justice denied. It is a celebration of the culmination of centuries’ worth of efforts by Black people working independently and in collaboration toward a vision of abolition and freedom. And it is a sobering reminder of the equity that remains elusive to Black people in sociopolitical, legal, economic, and health spheres. Whether coming together to mark the occasion in social settings like cookouts, or reflecting in a more subdued manner, Black people have for years carved out space for themselves to remember and contemplate on the significance of those Black people on the southeast coast of Texas who, upon word from the Union soldiers, laid down their literal and figurative chains and stepped into a new and daunting reality as free Black women and men in America.

While today Juneteenth receives much wider acknowledgment among the general public, it is important to not lose sight of the significance of the distinct forms of commemoration that Black people have conferred upon this day, long before Congress made it an official holiday, long before corporations issued public statements acknowledging it, long before the widespread attempts to commercialize it. Juneteenth offers Black Americans a distinct occasion to acknowledge the linkages that connect their past to their present, while offering signposts for their future direction.

In past work, collaborators and I have examined the implications for Black people’s sense of self when they reflect on how the contemporary struggles for justice in the criminal system, full protection of voting rights, equitable opportunities in the job and housing markets, and adequate access to health care resonate with past struggles for the end of racial oppression and full attainment of the social, legal, and political rights of citizenship. We find that Black people who can view their lived experiences as linked to the larger collective Black struggle for equity feel a greater sense of resolve as they navigate the microaggressions and marginalization they face as Black Americans. Thus, when African Americans engage in ritualistic reflections of Juneteenth, they can derive an edifying sense of strength from the experiences of their forebearers.

Beyond increasing Black people’s resilience, such reflections occasioned by Juneteenth can engender a sense of pride, which I find to be uniquely mobilizing for this group. In my book examining the relationship between emotions and political behavior across race, I find that African Americans who express greater senses of pride during an election season are notably more active in a variety of political actions, ranging from volunteering for political campaigns, to contacting elected officials, to participating in protests. This strong linkage between pride and political action sets African Americans apart from White Americans, for whom expressions of pride do not motivate increased political activity. An ongoing project sheds light on why pride propels Black people’s political engagement. African Americans who feel greater pride also express a stronger sense of racial efficacy; that is, they feel more confident that Black people can receive sufficient responsiveness from government to their collective demands. This racial efficacy, in turn, is strongly and positively related to political participation by Black people. For African Americans there is a distinct pathway from pride to empowerment to political participation.

So, while people across the campus community make their acknowledgments of Juneteenth, let us not take for granted the special significance of Black Americans’ commemoration of the milestone, be it in the presence or absence of recognition by the broader public. Because that commemoration can imbue Black people with a rejuvenated mettle and an action-animating pride that undergirds the continuing struggle to hold the nation to account to forge a more perfect union.”