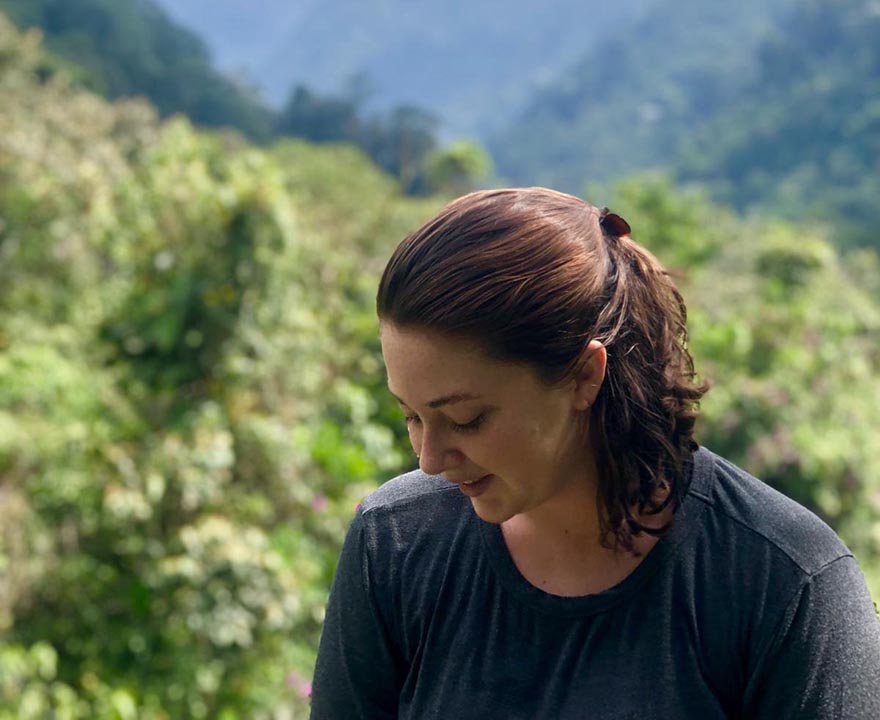 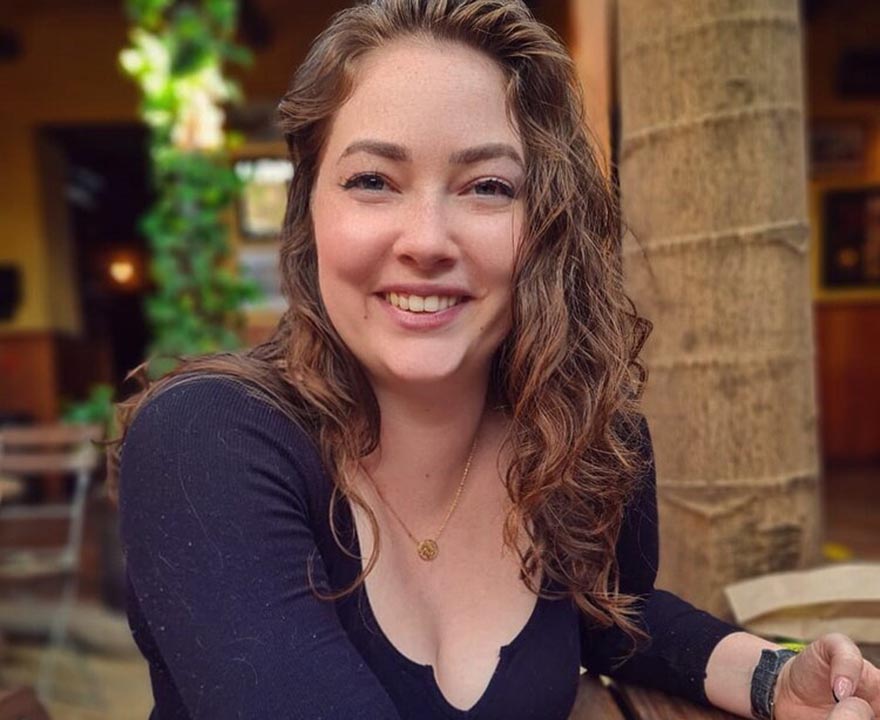 For most new graduate students, the first program year is spent learning the university and departmental ropes while juggling coursework and teaching assistantship responsibilities - a full-time gig that leaves little time for much else. For Shauna Gillooly, ’21 political science Ph.D., her first year was spent finalizing plans to pursue a bold research fieldwork agenda on the Pacific Coast of Colombia.

“My interest in working on research themes of social movements and peace and conflict was already peaked by the time I spent in the Peruvian Amazon prior to grad school,” says Gillooly. “The way that the 2016 Colombian Peace Accords coincided with the beginning of my program made me really want to get there and do fieldwork as soon as I could.” She made good on that plan the summer after her first year when she secured funding to begin her work abroad.

Through her work, she’s examined peacebuilding and transitional justice processes in Colombia following the country’s 54-year long civil war. Much of the current literature on these processes, according to Gillooly, points to the government as the main facilitator, but in Colombia, she’s observed a different dynamic.

“I look at the way that this bureaucracy has been constructed and Colombia is a really unique case study because there have been layers of peace accords that have stopped and started and have had limited success over a period of like 30 or 40 years,” says Gillooly.

With the Colombian state abdicating responsibility in some parts of the country, others - including non-governmental organizations, human rights organizations, community leaders, and many others - are stepping up to the plate. By engaging with these third-party entities, Gillooly is discovering a non-traditional route to peacebuilding.

Her findings have been so compelling that she’s been able to spend the last two and a half years living in Colombia full-time, supported in part by the Fulbright-Hays Doctoral Dissertation Research Abroad (DDRA) Fellowship.

Before coming to UCI, Gillooly studied international affairs and Spanish language at Florida State University. It was there that she found her first academic love: social movements. When she began applying to graduate school, she was impressed by the social movement scholars in the sociology department at UCI.

“Even though I'm in political science, I'm very interdisciplinary. I consider myself a bit of a wayward political scientist,” she says. Taking a class with David Snow, a renowned social movement scholar, was one of the highlights of her time at UCI.

Gillooly was also drawn to UCI by the prospect of working with Cecelia Lynch, political science  professor, whose research ethics Gillooly greatly admired. She sought out Lynch as an advisor and quickly came to respect - and has worked to emulate - Lynch’s way of navigating the complicated contexts in which peacebuilding and humanitarian research often happen.

An expanded role as a researcher

As soon as Gillooly arrived in Colombia, she started putting the principles she learned into practice by building reciprocal relationships with the communities she studied. She often helps local community organizations by translating press releases, creating surveys, and helping with the grant writing process.

“As a qualitative researcher who does work in a conflict zone in contexts where people are often quite traumatized or continue to experience ongoing trauma, I have way more responsibility than the IRB [Institutional Review Boards] could ever place on me. So I seek to establish reciprocal, equitable relationships in my research,” she says.

Not only did she serve these communities by assisting local organizations, but she also did so by writing about the ongoing conflicts in Colombia for the general public.

“It’s a way of giving back to these communities who have been so generous with their time and knowledge with me,” she says. “It’s a way to bring visibility to really urgent causes.”

She also feels a responsibility as an expert on these conflicts to share her findings through more accessible writing rather than just in academic articles that a relatively small number of people may read. Her work can be found in The Conversation, The Washington Post, and other outlets.

“Shauna is a genuine go-getter, always taking the initiative to get research out in multiple formats,” Lynch says.

Gillooly defended her dissertation over the summer and is now a Leading Edge Fellow through the American Council of Learned Societies. Funded by the Mellon Foundation, the fellowship pairs recent Ph.D.s in the humanities and social sciences with nonprofit organizations. Gillooly matched with Sembrando Sentido, a Puerto Rican nonprofit that works to address governmental corruption, specifically within public contracting.

As she’s shown through her work in Colombia, Gillooly has a deep appreciation for social justice organizations and the activists who fuel them, so she’s thrilled to be providing support toward this end over this year and beyond.

Connect with Shauna online and follow her on social.